In the presidential and congressional elections of 2016 the fate of the nation for the presidency, Congress and the Supreme Court will be decided by voter turnout, and no single Democrat is doing more to promote Democratic turnout than Bernie Sanders.

The hard core vote for and against Donald Trump will turn out in heavy numbers.  The turnout war is being waged on multiple fronts.

Will black, Hispanic and younger voters turn out on election day, which would give a major boost to Hillary Clinton and Democrats running for the Senate and House?

It is ironic that a great hope of the Trump campaign is that organizations widely perceived by American intelligence authorities as being virtual fronts for Vladimir Putin and Russian intelligence will accelerate their attacks against Hillary Clinton, while a great hope for the Clinton campaign is that democracy champion Bernie Sanders will inspire voters to turn out for Clinton and Democratic congressional candidates in November.

On one level the election is a battle between President Obama—whose administration is increasingly going public about Russian attempts to undermine Clinton and Democrats—and Russian strongman Putin, who American intelligence analysts believe is using organizations such as Guccifer 2.0 and Wikileaks to publish the fruits of Russian espionage against America.

Remember where you heard it: if the agents of Vladimir Putin seek an October surprise to hurt Clinton, the protectors of American security will go public and reveal facts about Russian espionage against Clinton and America that will explode in GOP hands. For this reason, because Putin may be evil but is not stupid, he may well order the successors of the KGB he served to cease and desist in their cyberwar and infowar against Democrats and America until the election is over.

The greatest source of strength for Sanders is that he has huge credibility and support from the very voters who are less likely to vote.

Bernie Sanders, by contrast, will not cease and desist in his efforts to elect Clinton to the presidency and Democrats to the Senate and House.  Quite the contrary.  Sanders, whose credibility and approval with voters has long been higher than any other Democrat or Republican seeking the presidency in 2016, is going all-out to warn voters of the dangers of Trump and inspire voters to turn out for Clinton and Democrats.

What the Clinton campaign has never fully understood is that there are solid and strong reasons that Sanders ran 10 to 20 points against Trump in most polls over many months.

There is a huge and powerful sentiment across America against a financial system that is rigged and a politics that is dirty and corrupt. When the contest was between the true progressive populism of Sanders against the faux jingoist populism of Trump, Sanders won that contest in a landslide.

By contrast to Putin, whose espionage and propaganda is designed to discredit and divide America, Sanders seeks to lift and mobilize America with a revitalized democracy that gives power to the people instead of large campaign donors and lobbyists.

By contrast to Clinton, whose campaign has become almost entirely negative attacks against Trump, Sanders makes economic fairness and justice a first principle of his leadership and his agenda.

By contrast to mainstream media, which gives little attention to the 9.7 percent of Americans who constitute the real jobless rate according to the Bureau of Labor Statistics in its U-2 jobless tally, Sanders makes truly full employment at genuinely fair wages a cause he promotes across the nation.

By contrast to many Democrats, who correctly worry that a low turnout of Democratic voters could be a threat to the party’s chances in the election, Sanders is using his credibility, passion and progressivism to provoke the larger turnout that Democrats desperately need.

By contrast to Donald Trump, Sanders stands for an America in which the rising economic tide lifts all boats in deed as well as word, with real action rather than false promises.

For these reasons Bernie Sanders is the greatest single Democratic asset in the battle to turn out voters.  He has begun to barnstorm the nation in Ohio and New Hampshire and many states to come, imploring voters to vote for Hillary Clinton for president and Democrats for the House and Senate.

The greatest source of strength for Sanders—and the reason he could emerge as the most valuable player for Democrats in November—is that he has huge credibility and support from the very voters who are less likely to vote.

With every Sanders speech, in every state where he campaigns for a revitalized progressive populism in a fair society of economic and social justice, the number of Democratic voters likely to vote goes up and the number of working class voters who see a better future with Hillary Clinton and Democrats rises.

If the presidential election turns out to be close, which polling suggests it may, Bernie Sanders could be the most powerful and important factor lifting Clinton and Democrats to victory.

By the time this sordid campaign is done, Bernie Sanders could emerge as a great hero to Democrats and all Americans who want a government of, by and for the people. 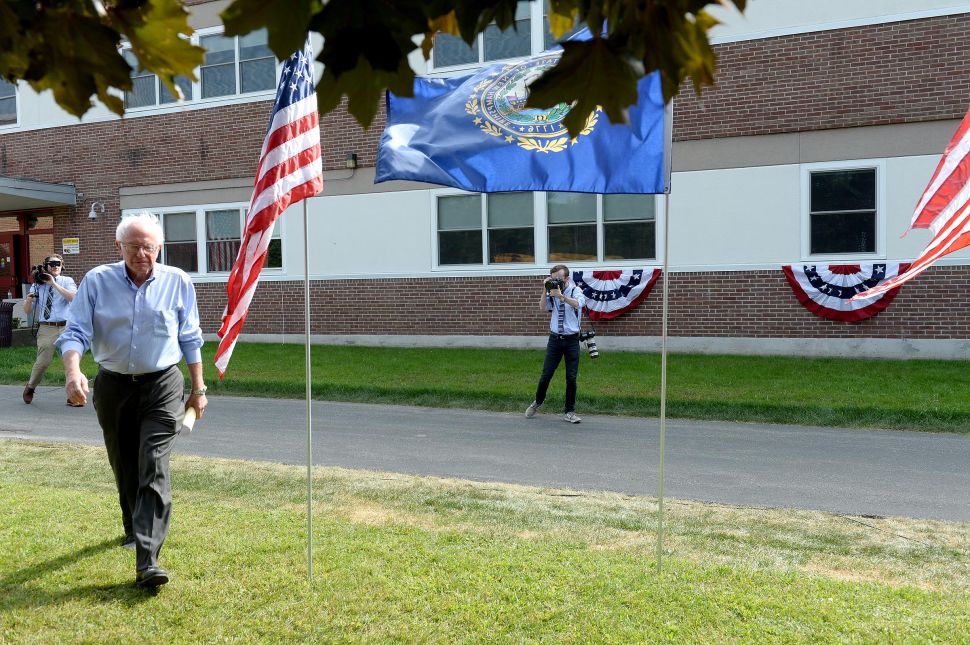