FX is on a bit of a great comedy streak lately. First, Donald Glover’s Atlanta managed to be effortlessly hilarious while still illuminating a part of black culture practically nonexistent on TV before. Better Things, debuting tonight, takes a different but no less distinctive path — it’s a simple, grounded comedy that just so happens to be virtually devoid of white men.

I’m from New York, so any show that is set in LA is alien to me, because LA itself is so alien to me. Why do you think LA a place to both raise kids, and to set a TV show, and how those two things mix together?

I’m from New York too but I grew up bicoastally, so I’m somebody who used to be, you know, “I’m a very disgruntled former New Yorker in LA.” When I was a kid, I would be really upset when we’d move back to LA. And then finally one day I was like, “I don’t wanna be one of those people that’s living this amazing life in LA and still mad just because it’s not New York.” And I realized this has been an amazing place to raise my daughters. They’re all very outdoorsy people…they’re indoor people, too, but they ski. They go to the beach. They use public transportation. My kids are like New Yorkers living in LA.

But I understand what you’re saying because when I was a kid I used to watch Emergency, which was a TV show in the 70s in LA and I used to be like “Ahhh” just when I’d see palm trees. And CHiPS? Oh, man.

Well, it’s not. It’s funny because I used to say that about Californication, because I would say “This is not the California that I live in.” I loved the stories that we were telling on that show, but [Better Things] is about the California that I live in. And how my daughters and I go to Chinatown downtown on the train and have dim sum. And how we go to Boyle Heights, and then Venice. We live everywhere in this town, and it’s just an important part of all the people we know.

My dad was a writer, and he used to call them “brain bits.” And I keep like files of little brain bits. In my phone, I’ll do a draft and in the subject line, I don’t know what you do, you probably do something similar, I always write the same word so I can find it. “Show idea” or “writing idea” or whatever.

You mentioned during the TCA panel that you were blocked for a while coming up with the general idea of the show. Do you remember the specific moment where it came together? Has it yet?

Yeah, there was a turning point. It was after I’d starting writing for this show, this pilot, I just started flowing. And I’d be like, “Oh my God, maybe the time I went to the plastic surgeon with my friend for a consultation. How crazy was that?” Just write it down. And just being able to keep these scenes, and eventually I would just like [arranging various papers on the table between us], “okay, let’s put this here, and the scene where you go to the sex store here, and the school thing. Oh, we can’t use that.” It turned out it was just a matter of taking these moments, these brain bits or parts of me or whatever, and aligning them to tell the right story. 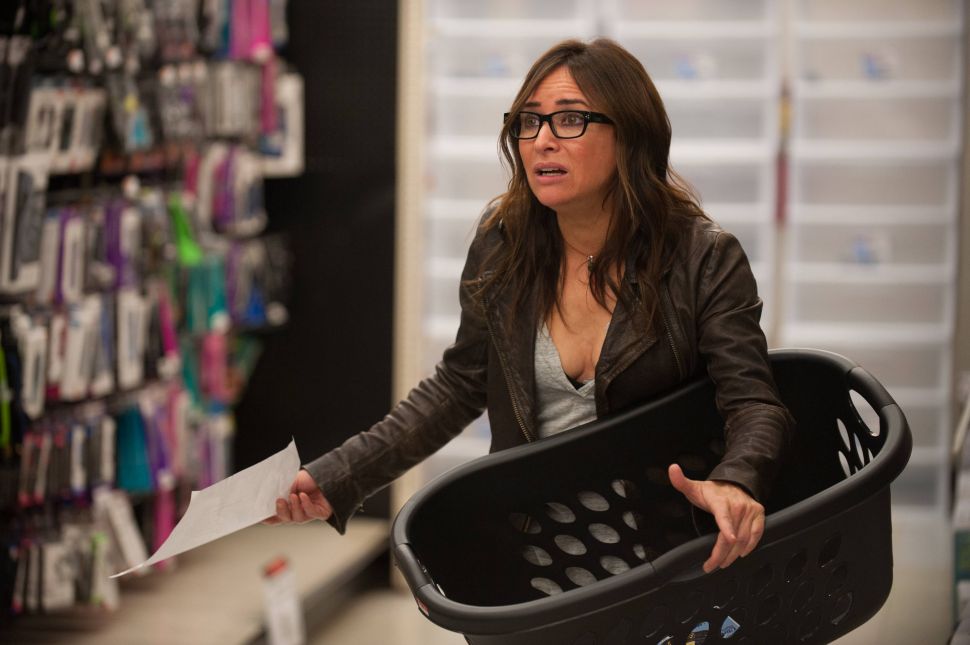