At a recent campaign rally in Pennsylvania, former President Bill Clinton mocked the support Donald Trump has in coal country. “We all know how [Hillary’s] opponent’s done real well down in West Virginia and eastern Kentucky, because the coal people don’t like any of us anymore. They all voted for me. I won twice, and they did well. And they blame the president when the sun doesn’t come up in the morning now,” said Clinton. Hillary repeated these sentiments at a recent fundraiser in New York City where she grossly generalized Trump supporters, alleging half of them belong to a “basket of deplorables.”

Coal mining country in the United States has been in a devastating decline over the past several decades. And as the coal industry has declined, so have economic prospects in these regions of Kentucky, West Virginia, and Southern Ohio, while the plight of the people who live there are ignored by politicians and the media. The Clintons’ abrasive attitude toward these working class people is one reason they don’t support politicians like Hillary. She tells them to deal with the inevitable death of coal in the face of the threats posed by climate change, while offering no assistance or alternatives to revitalize their faltering communities.

Bill Clinton argued that the economy prospered under his administration in the 1990s, but that prosperity didn’t reach many parts of the country.  “I think the model is something like Clinton, who—in fact—mostly was just riding on a successful economy, that was successful mostly for reasons that had nothing much to do with him,” said New York Times columnist and avid Clinton supporter Paul Krugman in a 2011 interview on ABC’s This Week. Under Clinton’s administration, wages for everyday Americans remained stagnant, and wealth and income inequality continued to increase. Even after the 2008 economic recession, the majority of the recovery has benefited America’s top one percent over working and middle class Americans.

Like her husband’s presidency, Hillary Clinton’s candidacy offers an embrace of the increasing power held by corporations and the wealthy. Trump, however boorish his commentary and extremist his policies, offers an alternative to the encroaching power of the oligarchy.

America’s working class has been betrayed repeatedly by the elitist class. Trump is offering an opportunity to disobey the popular consensus for Clinton’s candidacy among the rich and powerful.

The job of a public servant is to try to understand the plight of their constituency. You can’t lead or have the best interest of the public if you don’t understand the issues they face. In addition to the decline of the coal industry, five million manufacturing jobs have left the U.S. since 2000. For Bill and Hillary Clinton, it’s easy to make fun of people they don’t understand, but the gall of their mockery—and the propensity for politicians like themselves to favor the interests and influences of donors—is what produces Trump and his supporters.

“To my folks and many people across the country, what’s been happening to them is not only “heartbreaking”—it’s humiliating. And like a love affair gone bad, it’s messy and ugly. Nobody knows where it might lead,” wrote Bernie Sanders supporter James Lantz, for The Guardian. Lantz described his parents, who live in Virginia, and explained why they support Trump after they were forced to close down their automotive parts factory as American clients increasingly outsourced these jobs out of the country. “Talking to my father is like talking to somebody who’s been jilted: anger mixed with regret and a deep romantic hope, that maybe—just maybe—things can go back the way they were.”

This resentment for the status quo was understood by Sen. Bernie Sanders, and contributed to his victory against Clinton in West Virginia, and a marginal loss in Kentucky, despite his boldly progressive campaign platform. Not only did Sanders provide an alternative to the wealthy establishment, but he also listened to and addressed the concerns of working and middle class Americans in his campaign proposals. This is reflected in polls against Trump, as he outperformed Clinton by several points in nearly every head-to-head poll conducted throughout the primaries.

Instead of embracing the disenfranchised voters Sanders brought into the political process, Clinton has abandoned them in favor of courting billionaires and millionaires from both political parties. Much of what Sanders reiterated throughout his campaign has been completely removed from the dialogue in the general election between Clinton and Trump; and still, elite media journalists grapple with the great mystery of why Hillary Clinton can’t seem to maintain a lead in the polls against Donald Trump. 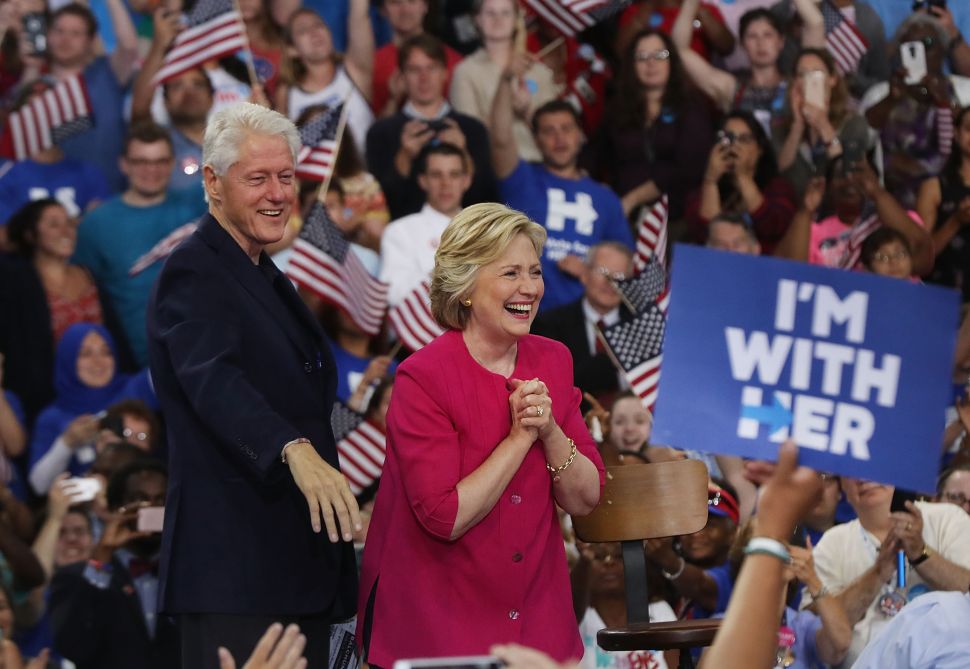