Mayor Bill de Blasio has a message for his one-time primary opponent Anthony Weiner: Get some help.

After the Daily Mail reported that Weiner had exchanged sexual online messages with a 15-year-old girl, who the paper alleged he knew was underaged, de Blasio became the latest local pol to blast the one-time councilman, congressman and mayoral contender.

“It’s not a secret, Anthony obviously has a real problem that needs treatment,” de Blasio said today at an unrelated press conference in the Bronx. “And all I can say is that I hope he will pursue the treatment he needs and stick with it until the issues are addressed.”

It had seemed Weiner couldn’t fall much further than he did when the Post revealed that he’d sent photographs of his crotch that also featured his young son lying in bed beside him, sparking an Agency for Children’s Services investigation. That news was quickly followed by the news that his wife, Hillary Clinton confidante Huma Abedin, was separating from him—after sticking by his side through two previous sexting scandals, one that wrecked his congressional career and one that wrecked his 2013 mayoral bid.

“It’s horrible. It’s so sad. You know, I have known Anthony over the years, but I know Huma much better,” the mayor said, having served with her on Clinton’s 2000 U.S. Senate bid. “I think the world of Huma. I just feel horrible for her and her son that they’re going through this.” 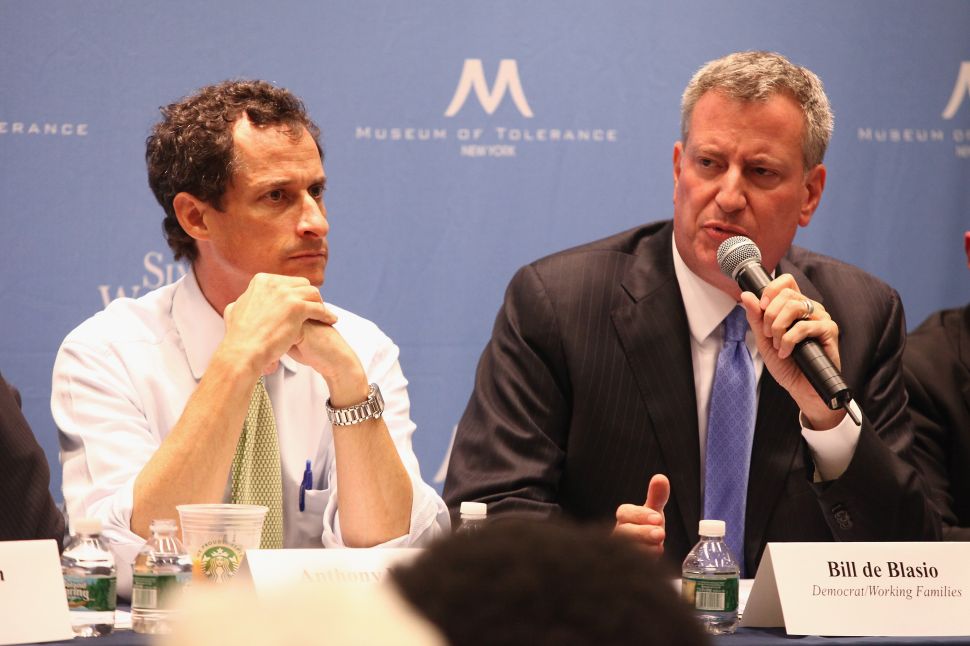