The response from the Hillary Clinton campaign—and many Democrats—to the embarrassing WikiLeaks release of Democratic National Committee (DNC) DNC emails has been to focus on the threats posed by cyber attacks—particularly from Russia.

“As president, I will make it clear that the United States will treat cyber attacks just like any other attack,” Clinton said on August 31 during a foreign policy speech at the American Legion Convention in Cincinnati. “We will be ready with serious political, economic and military responses.”

Clinton’s response is troubling for a variety of reasons. In order to divert attention from the content of leaks released by WikiLeaks and hacker Guccifer 2.0, Clinton has turned to rhetoric reminiscent of the Cold War era, which threatens to further strain relations between the United States and Russia.

Several media outlets have helped exacerbate this divisive rhetoric. The New York Times recently ran an article entitled, “How Russia Often Benefits When Julian Assange Reveals the West’s Secrets,” conveniently ignoring the partnership releases The New York Times has made with WikiLeaks in the past, revealing documents from other nations.

“The conspiracy theory the article attempts to impute about the timing of WikiLeaks’ publications is false and is not journalism,” WikiLeaks stated. “WikiLeaks is not aware of any assertion by the US government that the DNC emails published by WikiLeaks were ‘stolen by Russian intelligence’. In fact, the head of US intelligence, James Clapper, has stated that the US government has not been able to make an attribution. The various hacks of the DNC over several years are not the same matter as WikiLeaks publication of leaked emails and it is misleading to suggest otherwise.”

This irresponsible strategy being pushed by the Clinton campaign may provide them with public relations benefits, but it is likely to have enduring consequences on U.S.-Russia relations—and not in a good way.

“Regardless of the differences we have with Russia and regardless of the concerns we have with Russia, we have to understand there is the possibility of a truly catastrophic event if this rhetoric were to lead, somehow, to a military conflict which could escalate into a nuclear conflict,” cautioned former Secretary of Defense Dr. William J. Perry, in an interview with the Observer. Perry served under Bill Clinton from 1994 to 1997. He currently works as the Michael and Barbara Berberian Professor (emeritus) at Stanford University.

“It is imperative we find a way to tone down the rhetoric, in particular find a way of engaging Russia in meaningful dialogue,” said Perry. “That does not mean we have to approve all their actions. What it means is while we have many areas of disagreement, there are some areas where we have mutual interests and have to work together. I don’t think the rhetoric in the presidential campaign is going to be useful in dealing with these problems.”

Perry noted that the United States has gradually been drifting into a Cold War mentality, starting with the expansion of NATO during Bill Clinton’s second term as president. The expansion was viewed by Russia as a threat. The Bush Administration withdrew from the Anti-Ballistic Missile Treaty in 2002, increasing Russia’s feeling of being menaced by America. In addition, there are accusations from Russian President Vladimir Putin that the United States instigated “Color Revolutions” to overthrow him.

“Those are the original events which took us down this path. Then Russia began taking a set of actions—partly in response to that, and partly because Putin was seeking to develop strong nationalist feelings in Russia,” said Perry. “It’s well known the ventures he undertook in the Crimea, eastern Ukraine, and Georgia were very aggressive actions, and caused the United States to be very concerned about Russia’s intentions. Russia has not only embarked on a major buildup of military forces, in particular the nuclear forces, but have engaged in what I consider reckless threats of the use of the weapons both against the United States and various countries in Europe.”

These actions resulted in corresponding rhetoric from the United States, added Perry, which are comparable to those exchanged between the U.S. and Soviet Union during the Cold War. This leads to fears that the world will fall back into the nightmare scenario of the constant threat of nuclear war.

Russian relations have emerged as a divisive issue during this presidential campaign, with Trump oddly embracing Putin, and Clinton utilizing that embrace to attack Trump as unpatriotic and weak on foreign policy—almost to the point of treason. This hyberbolic campaign rhetoric stunts the possibility of any productive dialogue on how to constructively amend strained relations between the two superpowers.

“I don’t think there’s going to be a possibility of dialogue on that during the campaign, but whoever is the president is going to have to get serious about dealing with that problem,” said Perry. “The danger of a nuclear catastrophe is too great to not take serious steps to try to prevent that catastrophe.” 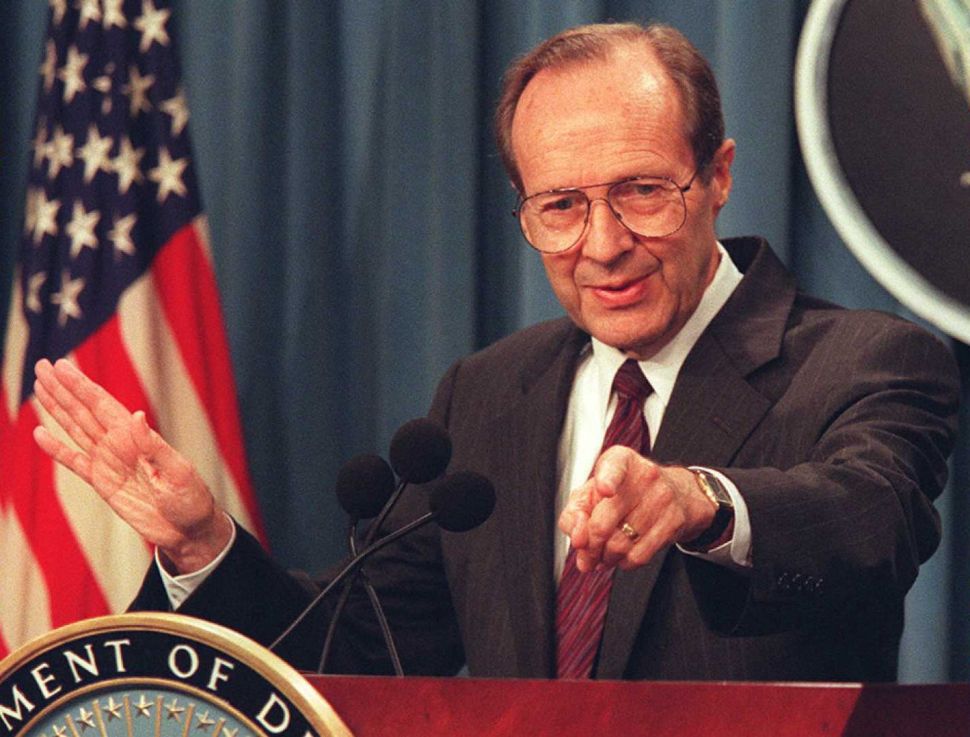