I recently asked if Democratic presidential nominee Hillary Clinton could catch a break. The apparent answer to that is “no.”

Wednesday morning, a Bloomberg poll found her GOP rival, Donald Trump, leading her by five points in the battleground state of Ohio. Trump led 48 percent to 43 percent among likely voters (a better measure than using registered voters) when in a two-way race with Clinton. When third-party candidates Gary Johnson and Jill Stein were included, Trump still led, but only 44 percent to Clinton’s 39 percent.

Bloomberg conducted the poll over the weekend, when Clinton called “half” of Trump’s supporters a “basked of deplorables” and was caught on camera nearly collapsing. Her campaign later said she had been diagnosed with pneumonia.

Now, the poll has a caveat: It may have oversampled Republican voters. The poll was 33 percent Republican, 29 percent Democrat and 34 percent Independent. Ohio’s electorate has shifted in past elections, from leaning Republican in 2004 to leaning Democratic in 2012. We won’t know what the actual electorate looks like until after the Nov. 8 election.

Another big find in the poll was that these likely voters found Trump more likable than Clinton. Forty-five percent of respondents found Trump favorable, compared to 40 percent who said the same of Clinton. For comparison, 46 percent viewed President Barack Obama favorably.

Other battleground states show similar results. Trump leads in Florida by 0.02 points after a recent JMC Analytics poll found him with a 4-point lead over Clinton. Pennsylvania, however, has consistently shown Clinton ahead. Her RCP average in the state is plus 5.8 points. The same goes for Virginia.

This is the latest in a series of bad polls for Clinton. An ABC/Washington Post poll in late August found Clinton to be just one point more likable than Trump, a man the media (and Clinton herself) refers to as a racist, sexist bigot. That poll also found that women now had a net-negative view of Clinton, a reverse from just a few weeks earlier.

Then last week, a CNN/ORC poll found Trump leading Clinton nationally by 2 points, even though Clinton has outspent Trump by a nearly 5-to-1 margin.

This continues a third week of bad news for Clinton, from bad polls to her “medical episode” to details from the FBI’s investigation into her mishandling of classified emails to questions about the Clinton Foundation, the hits keep coming.

Meanwhile, Trump is laying low, releasing a few policy proposals (Tuesday night he revealed a plan for paid maternity leave) and mostly letting Clinton’s campaign implode, much the way she allowed his campaign to implode for most of the year. 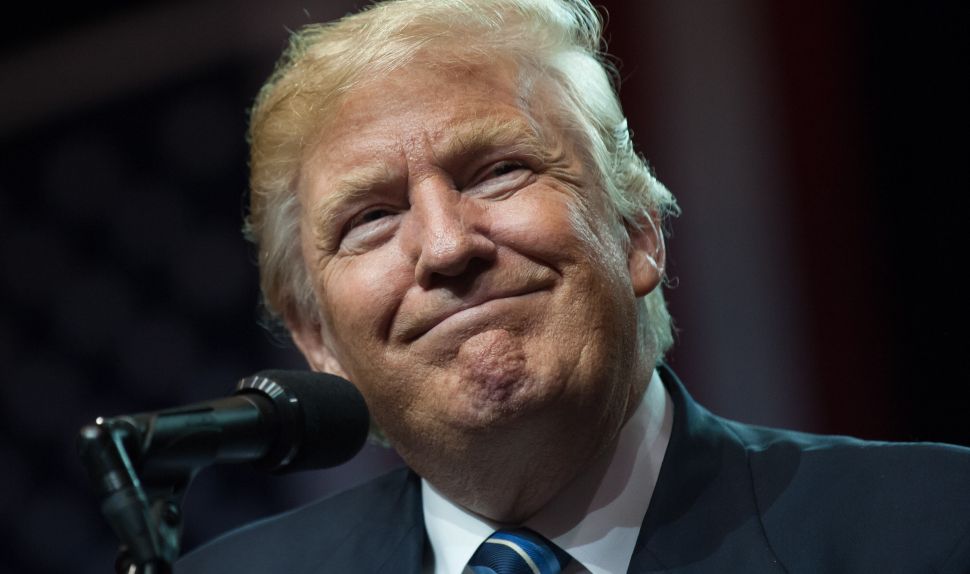