When we got on the phone with Loren Bouchard–just a couple days before Bob’s Burgers‘ seventh season premiere–the creator and showrunner had a confession to make; that season premiere episode wasn’t quite finished yet. “Some of these you work on up to the last second,” Bouchard said with a laugh.

But it’s that attention to detail combined with a carefree attitude that’s given Bob’s Burgers its charm, and it’s longevity, over the years, to the point where Bouchard’s off-beat animated half-hour about a family-run burger joint is a fixture in FOX’s Sunday line-up; far less cynical than the network’s Family Guy, and often much weirder than old standby The Simpsons.

And the series’ influence is expanding. Spoke, a recent art gallery arrival to the East Village, is hosting a free Bob’s Burgers-inspired tribute to the series from September 24 to October 16. We caught up with John Roberts, the Emmy-nominated voice of Linda Belcher, at a preview of the gallery. Roberts confirmed he had in fact been tweaking musical elements of the premiere episode with Bouchard just a week prior, par for the course on the Bob’s Burgers creative team. “Well, I know it’s the season premiere,” Roberts said, as we walked past a surrealist Bob’s Burgers Employee of the Month placard, next to a watercolor of Tina Belcher. “Loren wants it to be as awesome as possible.”

You do sense that unbridled enthusiasm to make everything awesome as possible speaking to Bouchard, even over the phone; a perfectionist’s productivity mingled with a cartoonist’s childlike enthusiasm. Below is a Q&A with Bouchard about the growth of “cartoons for adults”, Bob’s Burgers‘ seventh season, and the special science behind creating animation.

Before we talk about Bob’s Burgers, I’d love to talk about animation in general in 2016. It seems like the idea of “animation for adults” is in a great place right now.

I think that this so-called Golden Age of Television, or whatever they’re calling it, extends to animation in a very significant way. What used to feel like a real narrow, somewhat ghettoized genre now feels more mainstream. The big thing that changed over the last several years is you have fewer people defining themselves by whether they watch animation or not. That used to be a real sticking point. I feel like people felt like they either were willing to sit down and watch a half hour of animated programming for adults or they weren’t. It was black and white and there were no swing voters. People were only going to be one or the other.

“All of a sudden people who make animation can make it for a much more interesting and diverse and varied audiences, not just hardcore animation nerds who are going to check out every single animated show.”

Now, we have a very different audience that feels much more comfortable sampling–if I could use the sort of network-y sounding word–because they like Kristen Schaal, or because they’re fans of other comedies rather than just other animation, or whatever. That’s really big. All of a sudden people who make animation can make it for a much more interesting and diverse and varied audiences, not just hardcore animation nerds who are going to check out every single animated show.

Do you think there was anything specific for that change in attitude, or did it sort of happen naturally?

I think the streaming stuff has a lot to do with it. The internet, too, has a lot to do with it. I couldn’t say for sure. But my sense is there are people helping each other find stuff, everyone is curating each other’s experience to a certain extent. For example: If you’re a woman, maybe ten years ago you felt a tiny bit like animation was all for dudes. I’m not saying that’s true, but you might have felt that. Now, with the internet, you’re more likely to have somebody send you something that opens the door. Word of mouth is more fluid and fast-moving now. Demographics can shift more easily because there’s Netflix, because there’s so much communication online about TV.

So we’re only a couple days away from Bob’s Burgers‘ seventh season. What can we expect?

Well, the first thing you can expect is our premiere, called “Flu-ouise”, and I have to admit I’m home this morning finishing up my parts of the music. Because we’re delivering at the last possible second, trying to make a musical episode, our version, if you will, on The Wizard of Oz.

That is a steadily approaching deadline you have.

Yeah, I mean, you know…what are you gonna’ do? Some of these you work on them right up until the last second. I always kind of like that. It feels exciting, to me. In this case, frankly, I wish I had more time. I would work on it for another month if I could. With music, there’s no stopping point, it’s when they pry it out of your hands. You can always make the music better.

But the episode; it’s basically, Louise has the flu. I’ll simply say that what we’re hoping for is to really see inside this girl’s imagination. We’re in her dreams for more than half the episode. It entirely revolves around her family’s voices coming out of her toys’ mouths. Because the world of her toys has been strongly sketched in. We all know the Kopi character has been a important character in our show for a long time, even for Bob. He’s the one who hallucinates Kuchi Kopi in our second episode ever. Now, Louise gets to interact with not one but two versions of her beloved Kuchi Kopi, along with all these other toys she has in her room that we’ve seen so many times, but haven’t really named, or explained. We just sort of get the sense that this girl has a very rich and complicated life with her toys. It’s like there are other shows that we don’t name that she knows about.

You’ve done over 100 episodes of Bob’s, you’re going into your seventh season… At this point how do you prepare for a season? What’s the lead-up to a premiere like?

On some level, it’s not a new season for us. It’s continuous. Animation, the lead time is so long and the schedule doesn’t rely on shooting. So we stay in continuous production. We don’t have a season that we’re working on, and then stop and all go away to the Bahamas. We have sort of a work-a-day job, and all of it flows together, I think kind of nicely. Rather than feeling like we have to get the gang back together for another season, like “here we go, turn the lights back on”, for us one day we’re working on the new season but we’re also finishing the last season. I think it helps with continuity; it helps us keep making the show, the show.

I don’t want to be the guy who has his hands on the wheel when fans start complaining that this season isn’t as good, or the show has lost its way. I live in fear of that in a very real way. I really, really like the idea that if you like Bob’s Burgers, that each season is going to be both surprising and reassuring at the same time. No one is going to come along and break the mold just to be different.

“My optimistic hope is that there’s a light we can turn on, that we can reach, in the back of the brain that no one else can.” – Loren Bouchard on animation.

I read something you said in The Hollywood Reporter last year, this idea that animation enters our brains differently than other mediums. Any follow-up to that? Any change?

I’m gonna go with it. I think until a neurologist comes along and does the MRI type study and proves me wrong, I’m just going to go around saying I truly believe animation enters your brain differently. I am fascinated by that. It would be really interesting to keep picking at that. I’m hopeful that in a way, what it means is we can connect with the audience in a very deep way. Good storytelling connects, you don’t have to be making animation, obviously. But my optimistic hope is that there’s a light we can turn on, that we can reach, in the back of the brain that no one else can. As deep into your childhood or your lizard brain or whatever you want to call it, there’s a lightbulb in there that I want to get to and fool around with. I assume this is hard to do and do a show on a deadline, so in a lot of ways we just have to discover it together if I’m right. 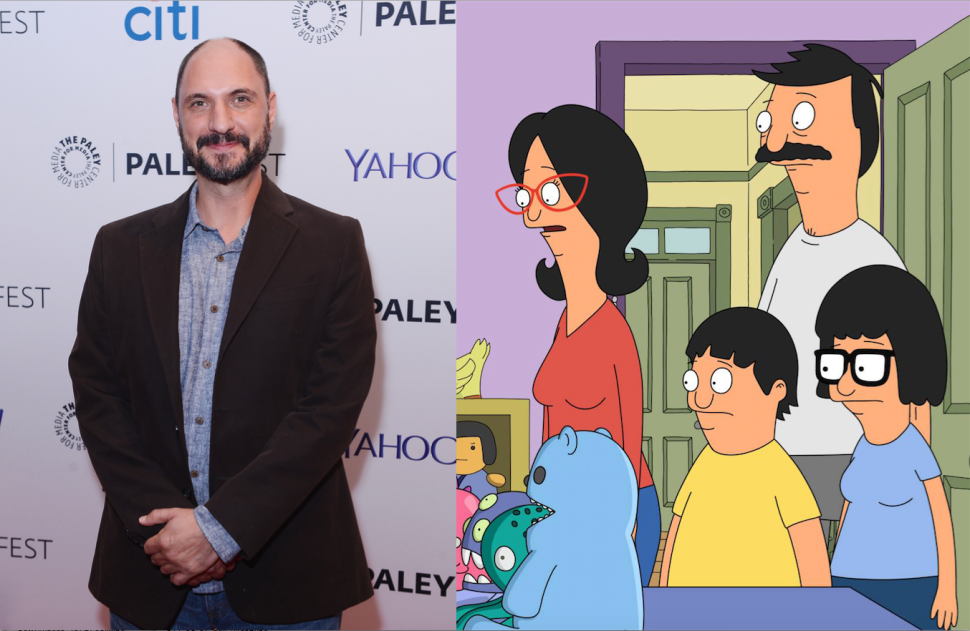