Last week, WikiLeaks directly released files from Guccifer 2.0 through their Twitter account. Among them was a high-profile donor list revealing the pay-to-play appointments of several ambassadorships and other positions by President Barack Obama. On September 15, Guccifer 2.0 released several DCCC memos on a WordPress site, including one from Ohio dated December 9, 2015 that referred to Hillary Clinton as the Democratic presidential nominee before the primaries began, even though Sen. Bernie Sanders was just a few points behind Clinton in most polls. “With former Governor Ted Strickland and Secretary Clinton on the ballot, there will be a boost from the top of the ticket,” read the memo.

Based on many similar memos and documents released by Guccifer 2.0 from the Democratic National Committee (DNC) and DCCC, it appears the Democratic Party leadership felt strangely self-assured Clinton would be their presidential nominee before a single vote was cast. The Clinton campaign and DNC have not disputed the veracity of any files or documents leaked, rather they have portrayed themselves as the victims of Russian hackers to divert attention from the content of the leaks.

Guccifer 2.0’s latest release includes a dossier file of DCCC Chair Ben Ray Lujan, a Democratic congressman from New Mexico. The extensive file includes hundreds of pages of statements, speeches, financial data and weak and strong points in anticipation of his re-election bid this November, and likely to prepare his political career for bigger ambitions. Among the weak points listed in the dossier is nepotism, as Ben Ray Lujan’s father, Ben Lujan Sr. was the Speaker of the New Mexico House of Representatives, and helped Lujan initially get elected to congress. Lujan’s cousin, Michelle Lujan Grisham, also serves in congress for a separate district in New Mexico.

One document provides talking points for Lujan to make a call to controversial New Jersey Democratic donor George Norcross in March 2015. “We need Mr. Norcross’ help in recruiting top targets such as State Sen. Van Drew, to run in NJ-2.  Ideally, he would call the recruits that we feel are the best and encourage them to run,” read the memo. “Likewise it would be ideal if he could mention his support when asked by others in his powerful circle. This will help to validate our candidates with the political and donor classes.” In a 2013 article, Philadelphia Magazine called Norcross “the man who destroyed democracy.” The DCCC memo reveals the Democratic Party has not only embraced wealthy donors influencing the political system but aggressively courts their input in pushing for their mutually preferred candidates.

Another memo dated April 2016 details a congressional race in Utah and notes, “Trump is extremely unpopular in Utah. Public polling has shown that Hillary Clinton could beat Trump in the very conservative state.” The memo provides further evidence the Democratic Party developed their short-term and long-term strategies with Clinton in mind as their nominee. Sanders wasn’t mentioned at all as a possible option or alternative; strategies incorporating him as the potential nominee were never discussed in these memos. 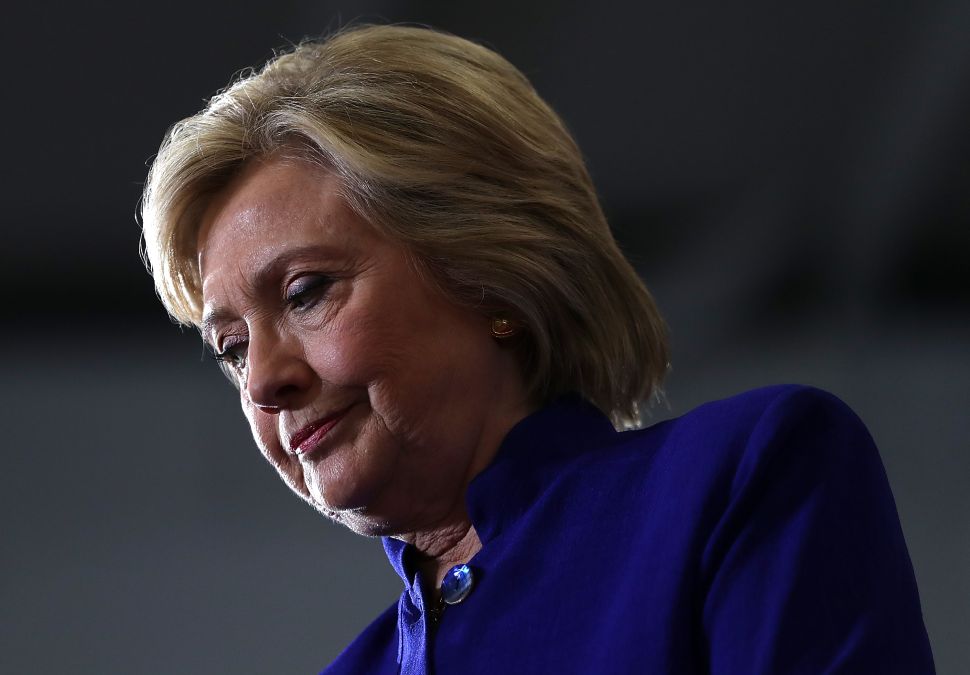