Administrators at University of California, Berkeley reinstated a class Monday originally suspended days after an Observer story by Abraham H. Miller deemed the class “so biased it mocks the very purpose of a university.”

According to the anti-Semitism watchdog group AMCHA Initiative, the syllabus for “Palestine: A Settler Colonial Analysis” revealed course objectives that fall under the criteria for antisemitism as defined by the U.S. Department of State. Forty-three Jewish, civil rights and education advocacy organizations signed a letter voicing their concerns to UC Berkeley Chancellor Nicholas Dirks that said in part:

We believe that this course violates the Regents Policy on Course Content, which specifically prohibits using the classroom “as an instrument for the advance of partisan interest” or for “political indoctrination.” Furthermore, it appears that compliance with the Regents Policy is not even a requirement of the present procedure for vetting DeCal courses, allowing for the unbridled misuse of the classroom by politically-motivated instructors. This state of affairs requires rectification.

A review of the syllabus of “Palestine: A Settler Colonial Analysis” reveals that the course’s objectives, reading materials and guest speakers are politically motivated, meet our government’s criteria for antisemitism, and are intended to indoctrinate students to hate the Jewish state and take action to eliminate it.

An email sent to AMCHA last week, on behalf of Dirks stated:

“The facilitator for the course in question did not comply with policies and procedures that govern the normal academic review and approval of proposed courses for the Decal program. As a result, the proposed course did not receive a sufficient degree of scrutiny to ensure that the syllabus met Berkeley’s academic standards before it was opened for enrollment to students.”

This was the reason the university gave for suspending the class. As of yesterday, that suspension has now been lifted, according to Carla Hesse, dean of the College of Letters and Science.

Hesse stated in a letter to UC Berkeley faculty that she asked the ethnic studies department head, the student instructor and the course sponsor to consider “whether the course description and syllabus had a particular political agenda structured into its framing and weekly assignments in such a way as to limit open inquiry of the issues it engages,” and “whether the stated objective of the course to ‘explore the possibilities of a decolonized Palestine’ potentially violated Regents Policy by crossing over the line from teaching to political advocacy and organizing.”

Reaction to the decision to reinstate the course has been met with criticism by leading advocates of the Jewish state.

“Our understanding is that the revisions to this disturbingly biased course are not substantive, and we reaffirm our belief that it violates University of California policy prohibiting political indoctrination in the classroom. Furthermore, we believe that denying the history, identity, and rights of any people in their homeland is a destructive act of racism which deserves condemnation – not acceptance into mainstream discourse.”

“The classroom is not a place for propaganda, and it’s no place for anti-Semitism.  The Berkeley class ES 198 will unfortunately promote both.  This class — under both its prior and updated curriculum — does not seek an objective conversation about Israel.  This class will be an exercise in the demonization and delegitimization of Israel.  The United States State Department has declared that such delegitimization of Israel crosses the line into anti-Semitism.  Berkeley’s decision to reinstate this course is a blow against understanding and dialogue.”

Not everyone opposed the reinstatement. One anonymous Observer reader contacted this site to ask if there’d be a followup noting the surprise resuscitation of the class. He or she “wanted to know if you’d be doing a follow up? Or maybe you’ll just get another one of your Zionist fear mongering writers to pen another hate piece about the genocide and the erasure of an entire people? Whatevs.” Like all outlets discussing the Israel-Palestine imbroglio, the Observer gets its share of hate mail, but it seldom ends with the word “whatevs.”

UC Berkeley senior Paul Hadweh, who created the course, told an anti-Israel website he ended up making “cosmetic changes” to the course description as prompted by Hesse’s review, but that the syllabus has not been adjusted.

The course will resume this week under the modified name: “Palestine: A Settler Colonial Inquiry.” 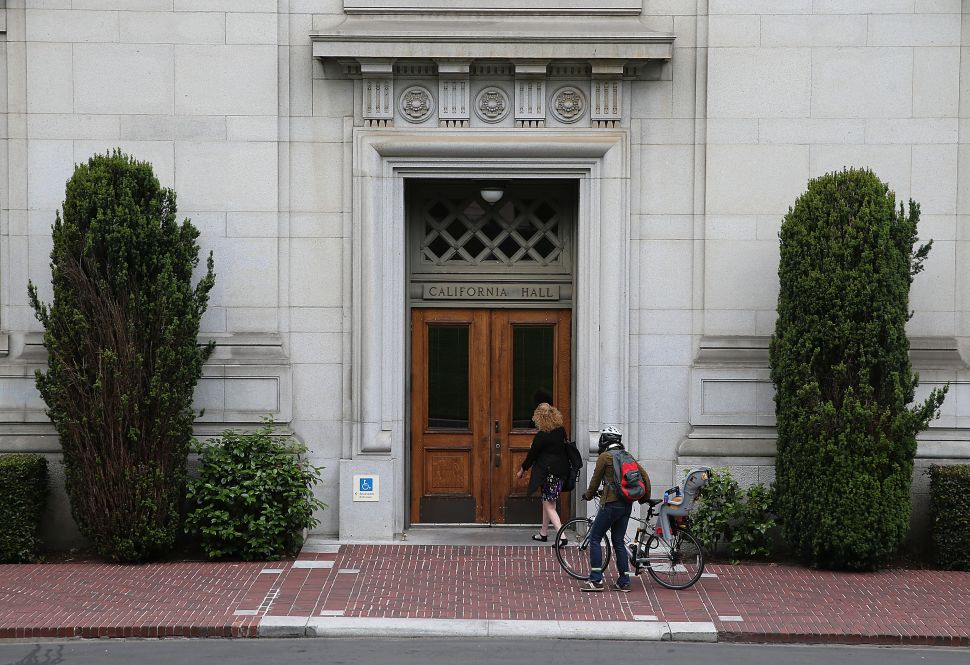