Over the weekend, she called “half” of GOP nominee Donald Trump’s supporters a “basket of deplorables.” This evoked memories of 2012 GOP nominee Mitt Romney’s comments about “47 percent” of Americans taking from the system and paying no taxes, which helped him lose the election.

It was also reminiscent of then-Senator Barack Obama’s claims in 2008 that people in the Midwest were “bitter” and “cling to guns or religion or antipathy toward people who aren’t like them or anti-immigrant sentiment or anti-trade sentiment as a way to explain their frustrations.” It should be noted that Clinton joined the outrage mob against Obama at the time—because she was running against him.

It seems each election now finds one candidate insulting the voters of his or her opponent.

As if that wasn’t bad enough, on Sunday, Clinton left a 9/11 ceremony early because, her campaign initially said, she was “overheated.” Hours later—and after video emerged appearing her unable to stand on her own and being stuffed into a black SUV—the campaign said she had been diagnosed with pneumonia on Friday.

That caused Clinton’s health to become a major topic of discussion in the media. That continues today, but we are now at the stage where media is trying to cover up her medical condition. CBS was caught editing out a clip of Bill Clinton saying Hillary “frequently” collapses from dehydration. Bill immediately corrected himself to say “not frequently, rarely, but on more than one occasion—over the last many, many years—the same sort of thing has happened to her where she got severely dehydrated.”

Clinton’s pneumonia—which the campaign insists is not contagious—is keeping her at home resting for the next few days. Clinton herself claims to be upset about this and insists she’s eager to get back on the trail.

But her absence has prompted The New York Times’ Matt Flegenheimer to write about how her absence from the campaign couldn’t have happened at a more inopportune time.

“Now, sidelined with pneumonia just as she hoped to reintroduce herself with a series of more personal policy speeches, Mrs. Clinton has left herself uniquely vulnerable to an unplanned absence,” Flegenheimer wrote.

The Clinton campaign recently released an ad that showed her connecting with people on a personal level in an attempt to humanize Hillary. Being sick with pneumonia has put the brakes on this latest reinvention of a woman we’ve known for decades as cold and indifferent.

Clinton’s summer strategy, Flegenheimer wrote, was to sit back and let the Trump campaign implode. I, too, have written about this strategy of Clinton’s, and how in recent weeks it has been rendered moot, as Clinton’s own campaign implodes and Trump stays away from saying or doing the outrageous things that got him negative press during the summer.

Clinton and her campaign have tried to turn the recent negative press against Trump, but it doesn’t appear to be working. While they’ve tried to force Trump surrogates and his vice presidential nominee, Indiana Gov. Mike Pence, to call certain Trump supporters “deplorable,” the focus has still been on Clinton insulting voters. And as the campaign has tried to turn the health problem into an attack on Trump’s transparency, it has only reminded people of Clinton’s own lack of transparency.

Clinton can call for Trump to release his medical records or his tax returns—and he should—but voters are also still waiting for the transcripts of Clinton’s speeches to Goldman Sachs and other banks.

So, can Clinton turn this ship around? It seems like the bad news won’t stop for the candidate, and that her only hope is for Trump to go back to his old self. What the Clinton campaign can do to help its flailing candidate at this point remains to be seen. They’ll probably resume the humanizing of Clinton after she recovers, but unless the bad news stops, it might not have an effect.

The same goes for Trump. It’s unlikely his campaign can do something positive that will improve his standing with a large percentage of voters. This election truly seems to be a waiting game for each candidate. Each campaign seems to just be waiting for the other to mess up royally, and then coast through election day being the less objectionable candidate. 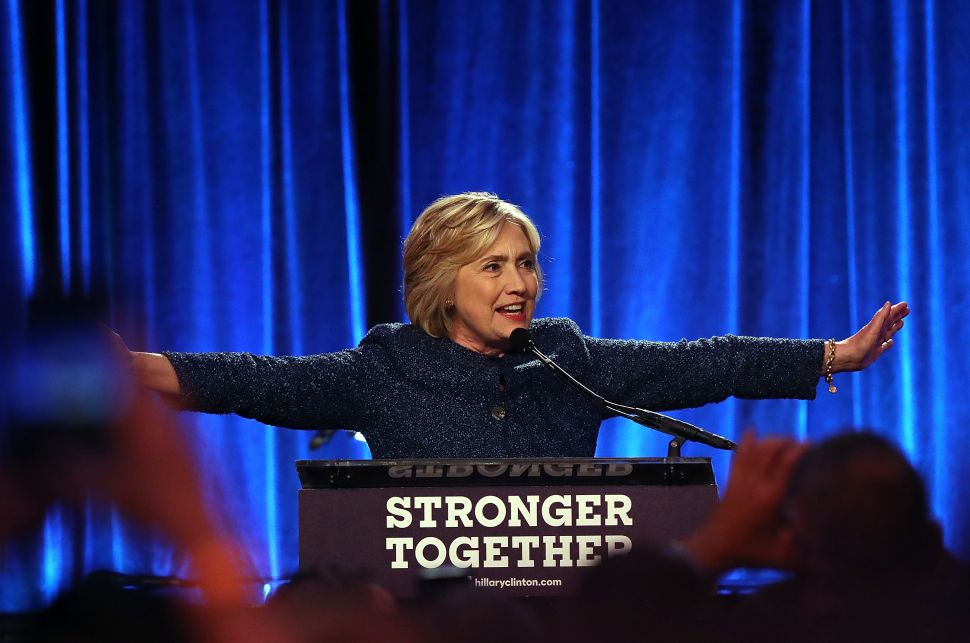