A common response from pro-Clinton press and Clinton supporters to any criticism directed at Hillary is to call it a rightwing conspiracy. Clinton herself has helped develop this narrative, noting her survival in politics for several decades is a direct result of her toughness. Regarding the private email server Clinton used as secretary of state, many Democrats refused to acknowledge the FBI investigation was a serious issue, and they cite the FBI’s failure to indict Clinton as an indication she did nothing wrong. Yet, if Clinton did nothing wrong, or simply made a couple “extremely careless” mistakes, then why is she still blatantly lying about the use of her private email server?

Freedom of Information Act (FOIA) requests are slowly fulfilled amid inexcusable delays from the State Department and the Obama Administration, who are likely trying to shield Clinton from public scrutiny leading up to the presidential election. Still, more information revealing the extent of Clinton’s corruption as secretary of state is exposed on a weekly basis.

Just this week, Vice News journalist Jason Leopold  —who has several FOIA requests still pending with the State Department for Clinton’s emails—explained some of the material turned over to the State Department from the FBI contains classified information, possibly in addition to what information is already known to have been sent on the server. Leopold also reiterated that the FBI investigation “stemmed from a so-called “Section 811” referral from the Intelligence Community’s Inspector General (ICIG). The ICIG determined that classified national security information in Clinton’s emails may have been “compromised” and shared with ‘a foreign power or an agent of a foreign power.’”

The investigation wasn’t a rightwing conspiracy, nor is there any evidence the rightwing pushed the ICIG or FBI to start an investigation. Meanwhile, Democrats are engaging in an insurgence of neo-McCarthyism, alleging that the Trump campaign has ties to the Russian government.

Despite what has been revealed about Clinton’s private email server, the lies and deflections from her and her supporters continue. In August, Clinton claimed former Secretary of State Colin Powell advised her to use the private email server, which Powell denied. On September 1, NBC News confirmed Clinton used the server in corresponding with State Department staff after she left office. The New York Post revealed at least one of the emails contained classified information.

On Clinton’s own website, the campaign provides a “fact-sheet” on her use of the private email server, which includes several lies and distortions of the truth, including claims that she never sent classified information through the server, or deleted only emails that were personal. Clinton also has repeated the claim that Comey said her officials statements were truthful, even after Politifact rated her claim “pants on fire” on August 1.

Emails released this past August reignited controversy surrounding the Clinton Foundation and the conflicts of interest it posed during Clinton’s service as Secretary of State. One of the most extensive and thorough investigative reports into the Foundation was conducted by David Sirota of International Business Times, who has worked for both Clinton and Bernie Sanders in his career. In addition, these reports include emails in which Clinton aide Huma Abedin coordinates with Clinton Foundation staff to set up donor meetings with her boss.

A Politico investigative report released on September 1 revealed that Bill Clinton used taxpayer money to subsidize the Clinton Foundation and his wife’s private server. According to the article, the records Politico obtained provide “fresh evidence of how the Clintons blurred the line between their non-profit foundation, Hillary Clinton’s State Department and the business dealings of Bill Clinton and the couple’s aides.”

“Clinton’s representatives, between 2001, when the Clintons left the White House, and the end of this year, had requested allocations under the [1958 Former President’s] Act totaling $16 million,” wrote Ken Vogel for Politico. “That’s more than any of the other living former presidents—Jimmy Carter, George H. W. Bush and George W. Bush—requested during that span.”

In the wake of an Op-Ed by The Boston Globe editorial board criticizing the Clinton Foundation, the Clintons promised that the Foundation would stop accepting foreign and corporate donations if Hillary is elected president. On September 1, The Hill published an article detailing criticisms from non-partisan watchdog groups in response to this. Turns out too many loopholes exist for this promise not to be circumvented easily.

Despite the serious ethical concerns facing Clinton’s candidacy, her campaign’s strategy has been to shield their candidate from any exposure, whether it be a refusal to hold press conferences, release the transcripts from speeches she gave to Wall Street firms, or dependence upon neo-McCarthyist cries of Russian conspiracies to divert, distract, or obstruct from transparency in regards to Clinton’s record. The Democratic Party has set a dangerous precedent in persistently maintaining Clinton’s infallibility as a presidential candidate. Her record contains myriad disqualifications, but her supporters, backers, and donors keep closing their eyes and refusing to acknowledge them. 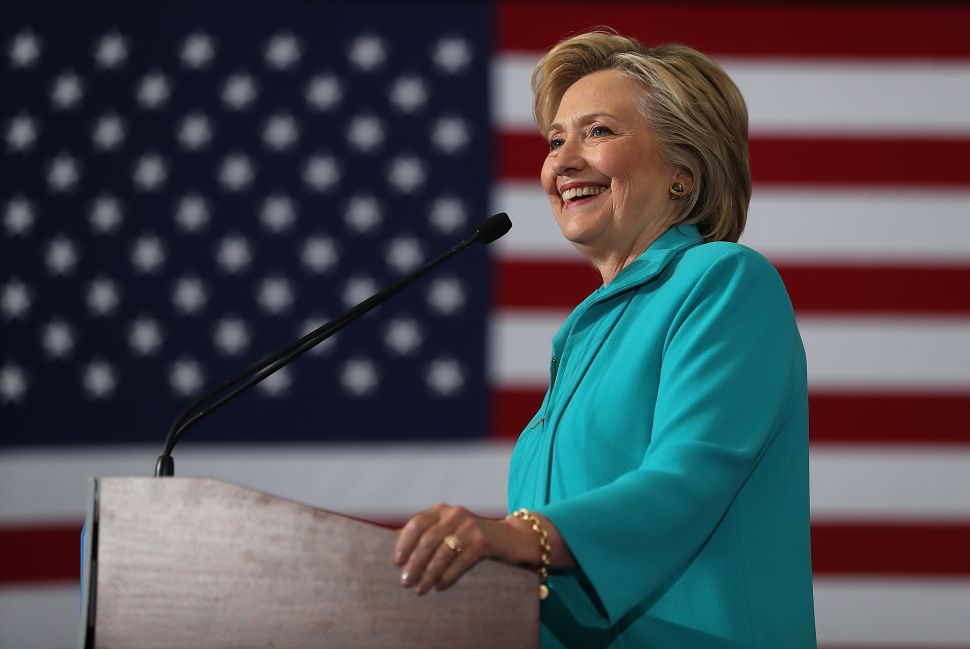