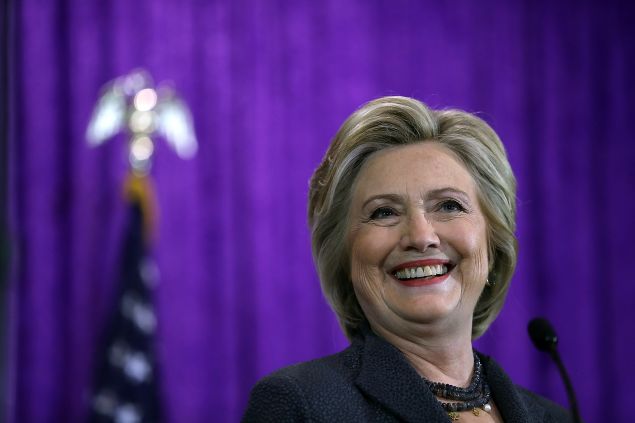 It’s been yet another bad week for Hillary Clinton’s campaign. Poll after poll showed her trailing or too close to her rival Donald Trump. Her campaign’s response to her “medical episode” on Sunday and questions about her health dominated numerous news cycles. Her campaign’s refusal to acknowledge her pneumonia diagnosis, after first claiming she was merely dehydrated, further reinforced the idea that she lacks transparency.

That feeling was reflected in a Thursday Quinnipiac poll, which found 54 percent of respondents believing Trump is transparent. Just 37 percent said the same of Clinton.

That lack of transparency was cemented yet again Thursday evening, when Clinton held a “press conference” but took only six questions. She had pledged to be more available to the media, and here she was—for a full eight minutes. How transparent! How available! How open!

She wouldn’t even answer the questions she was asked—two reporters wanted to know when her running mate Tim Kaine was made aware of the pneumonia diagnosis, since he had told reporters he only found out when it was made public to everyone else. Clinton responded cryptically: “My senior staff knew, and information was provided to a number of people.”

When asked again whether he was “left in the dark” about the diagnosis, Clinton said she “communicated with Tim” and had talked to him again the previous night. The reporter tried to follow up, and Clinton said “we communicated” but that she wouldn’t “go into our personal conversations.”

It’s dodgy answers like this, coupled with a refusal to tell the truth from the outset, that help contribute to the notion that Clinton lacks transparency. That, and all the seedy Clinton scandals.

But Hillary’s terrible week was at risk of being overshadowed when a Washington Post reporter asked Trump about Obama’s birthplace. Trump said he wasn’t prepared to acknowledge that Obama was born in the U.S. This created a firestorm that reminded people that Trump led the charge five years ago to force President Barack Obama to release his long-form birth certificate to prove he was born in the U.S. Obama did so.

Trump then invited the media to a press conference on Friday where he said he would address his involvement in the birther movement. Instead of immediately addressing the issue, Trump used the moment—and the media—for a free commercial for his new hotel, which just opened in Washington, D.C.

At the end of the event, Trump blamed Hillary Clinton for actually starting the birther movement. She herself didn’t, but a pollster for her campaign did suggest she compare her background to Obama’s “lack of American roots”—referring to the part of his childhood he spent in Indonesia. It was Clinton supporters, not Clinton herself, that first began circulating the claim that Obama was not born in America.

But Trump ended his event by saying, starkly, “President Barack Obama was born in the United States. Period.”

The media got “rick-rolled” CNN’s Jake Tapper said after the event, referring to the Internet fad of providing a link for someone only to have it reroute to the music video of Rick Astley’s “Never Gonna Give You Up.”

CNN’s John King added that the media “got played again by the Trump campaign.”

Was it a dishonest bait-and-switch? Definitely, but Trump has been using the media for years, and they’ve fallen for it every time.

One theory as to why Trump is now denouncing the birther movement (other than it being no longer popular enough for him to capitalize on) is that he’s trying to court the black vote, and couldn’t so long as he was still seen as a birther. African-Americans aren’t showing as much support for Clinton as expected, and they probably won’t turn out for her the way they did for Obama in 2008 and 2012.

Trump has made attempts in the past to court African-Americans, saying that Democrats haven’t helped them. It probably won’t result in him winning the black vote, but he is trying, albeit clumsily. The Congressional Black Caucus—made up almost exclusively of Democrats—denounced Trump’s press conference, so even if the GOP nominee was trying to court the black vote by doing this, it wasn’t going to be very effective.

Trump thinks he may have put the issue to bed and be able to go back to watching Clinton’s campaign implode. But the media has finally found something it can latch on to that hurts Trump and not Clinton (even if it does remind people that birther claims originated with Clinton supporters), and I doubt they’ll let go of it any time soon.

I wouldn’t be surprised if next weeks polls reflect this, and show Clinton leading again. Trump did handle the question well (except for falsely claiming Clinton began the rumors) but decidedly answered the question, as opposed to Clinton’s dodgy responses to legitimate—and simple—questions. There was no room for interpretation in his claim, which takes that speculation away from a media hoping to continue asking him about his beliefs on the subject. 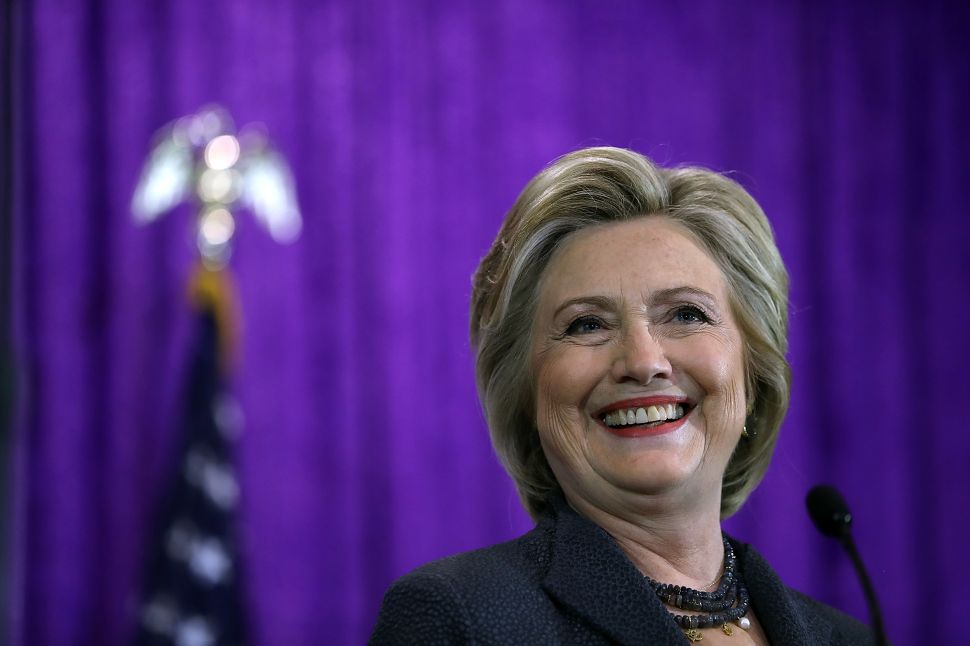