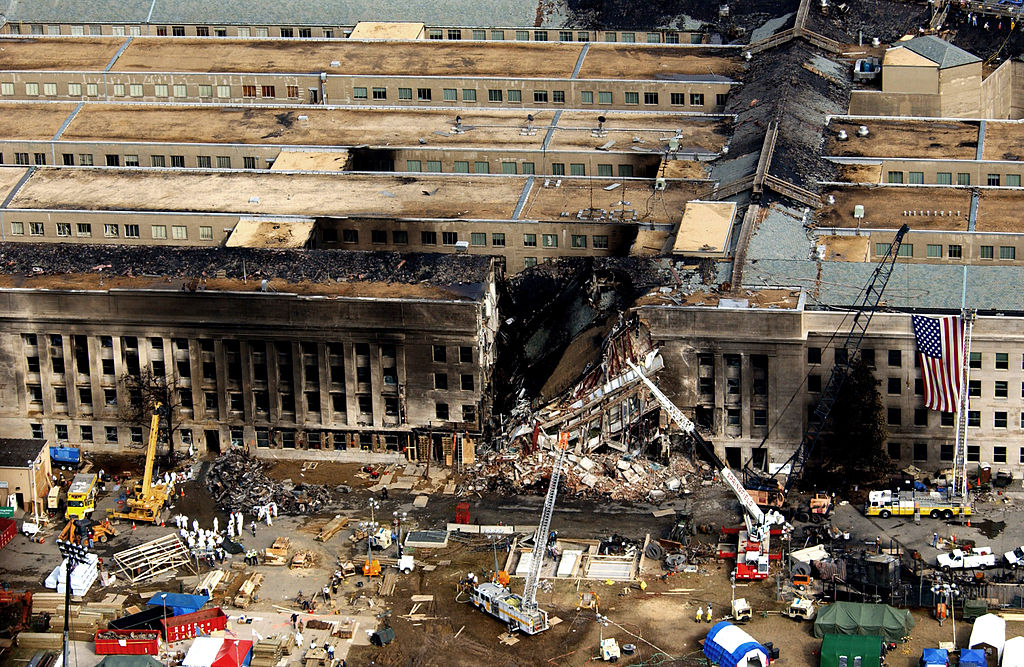 The attack on the World Trade Center and the Pentagon on Sept. 11, 2001 was the largest coordinated, multi-site international act of terror ever carried out on U.S. soil. Almost 3,000 people died, many others were injured and property damage ran into tens of billions of dollars.

Many people acted heroically at both attack sites. In New York, firefighters climbed staircases inside the World Trade Center towers even as damage from fires on upper floors threatened the integrity of the buildings and eventually caused them to collapse. At the Pentagon, military personnel, civilian employees and first responders entered the still-burning impact area to help people who had been injured.

Unfortunately, these efforts were not as coordinated or effective as they could have been.

At the Harvard Kennedy School’s Program on Crisis Leadership, we work to help societies prepare for and respond to catastrophes, from accidents and natural disasters to terrorist attacks. Since 9/11, government agencies have developed new tools for organizing collaborative responses to novel large-scale emergencies. We believe that these new techniques are making a difference, and that many more agencies – especially at the state and local levels – should be using them.

The challenges of large-scale emergencies

Major disasters pose difficult challenges for responders on the ground and for higher-level officials trying to direct operations. Some events are novel because of their scale – for example, flooding throughout New Orleans during Hurricane Katrina. Others involve challenges that no one may ever have envisioned, such as terrorists using commercial aircraft as weapons. Almost inevitably, no single agency has all of the capabilities needed to respond, so many agencies need to be deployed and coordinated. Often it is hard for officials to understand what is happening, both because the situation is unusual and because conditions are evolving. 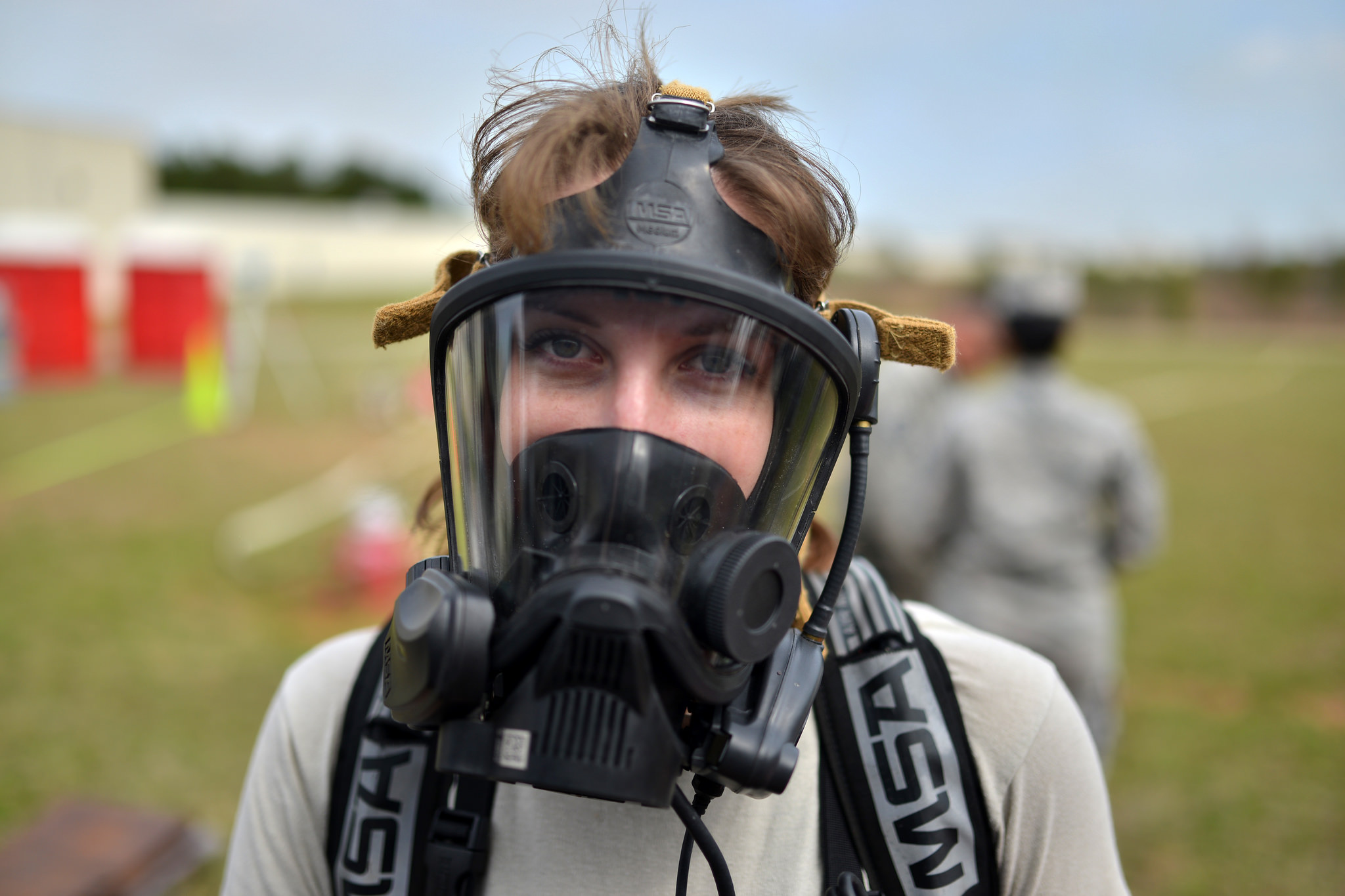 What makes for an effective response? First, agencies develop an array of capabilities in advance: They craft plans, design procedures, procure equipment, train responders and leaders, and practice carrying out operations. Second, they develop methods for rapidly designing response efforts that can adapt to novel events. Third, they organize and coordinate response actions in real time to manage the deployment of resources.

During the 9/11 response, coordination was better in some places than in others. At the Pentagon, responding agencies including the Arlington Fire Department, the FBI and others quickly formed a “unified command” structure to coordinate critically important tasks. These included locating, treating and evacuating victims, fighting the fire, finding and preserving evidence and stabilizing the building.

With one exception, all responding agencies eventually came under the aegis of one unified command. It utilized a process called the Incident Management System (IMS), which had been developed by federal agencies for fighting wildfires in western states.

Responders in New York City faced an enormous and complex event at Ground Zero. With separate command posts, it was near-impossible for police, firefighters and other actors at the scene even to form a common picture of what was happening, let alone to develop collaborative solutions or carry out a coordinated response.

Perhaps the most widely cited problem was communication between firefighters and police. When observers in a police helicopter above the World Trade Center buildings radioed to police officials on the scene that the towers looked ready to collapse, those officials ordered their personnel to withdraw from the building. But this information was not passed to firefighters, some of whom were climbing stairs even as the towers fell.

In response Congress directed the newly created Department of Homeland Security to develop a national system to help agencies at all levels of government respond more effectively to large-scale attacks and disasters. The result was the National Incident Management System, or NIMS – a framework for responding to significant emergency incidents, such as terrorist attacks, natural disasters and industrial accidents. NIMS has produced some important successes, including better-coordinated responses to the 2013 Boston Marathon bombing and several recent mass shootings. 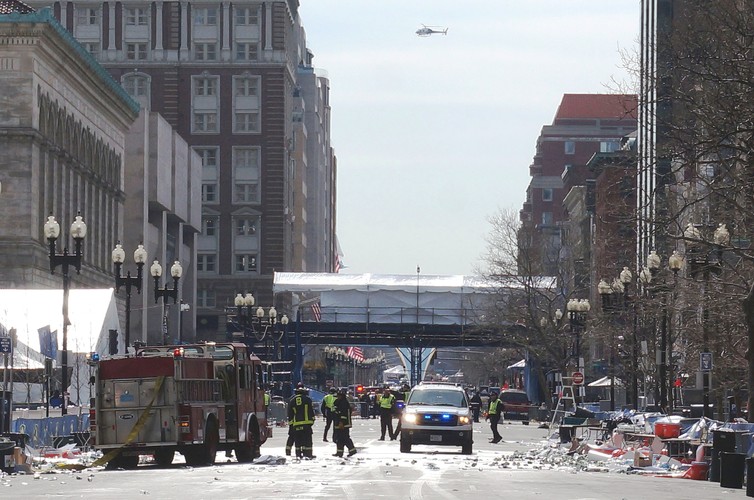 From 9/11 to the Boston Marathon

NIMS is designed to provide structures and processes that enable responders from different agencies – firefighters, police, medical personnel, emergency managers and so forth – and from different jurisdictions and levels of government to come together quickly in major emergencies to design and then implement adaptive response plans.

Much of this work takes place in advance. Planners assign agencies roles for many types of emergencies, based on their core competencies. For example, in New York City the police and fire departments are primary response agencies for situations including plane and train crashes and explosions, and anticipate coordinating with and gaining support from other relevant agencies such as Amtrak or the U.S. Coast Guard.

Then agencies engage in exercises that give leaders and responders the opportunity to practice carrying out coordinated operations. NIMS emphasizes close cooperation at the scene: Incident commanders need to join together quickly and stay within sight and speaking distance of each other. This strategy was evident when a Metro-North commuter train derailed in the Bronx in December 2013, killing four people and injuring more than 60. Managers from the New York fire and police departments and Metro-North set the conditions for effective incident management by working an arm’s length apart to jointly direct responders at the crash site. 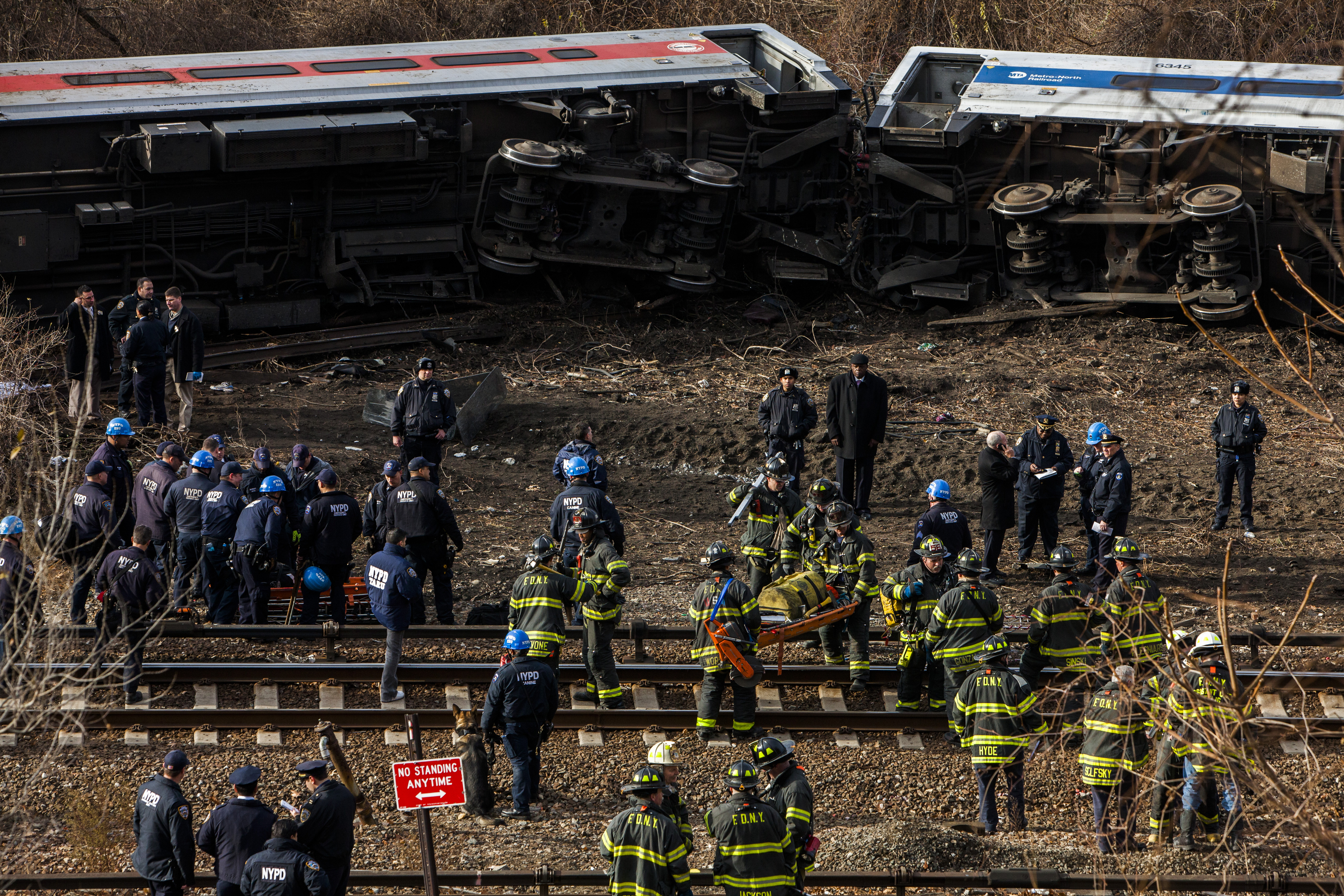 Police, firefighters and federal investigators at the site of the Metro-North derailment in New York, 2013. Photo: Christopher Gregory/Getty Images

NIMS is still a work in progress, but it has produced some important successes. In our review of the response to the 2013 Boston Marathon bombing, we found that numerous agencies effectively used many core NIMS principles as they treated hundreds of seriously wounded victims and conducted a citywide manhunt for the bombers. Law enforcement, fire, emergency medical and other organizations almost immediately formed an effective unified command structure to oversee the response and delegate responsibilities among agencies.

Officials from such a disparate set of organizations were able to do this because they had worked together for more than a decade to plan and orchestrate many major events, including the 2004 Democratic National Convention, Boston’s annual July 4 concert and fireworks, and parades for world champion basketball, baseball, hockey and football teams. Response leaders took advantage of these scheduled large-scale activities to bring together agencies that would need to work together in other events, including emergencies.

Responders also used incident command after mass shootings at Umpqua Community College in Oregon in October 2015 and at the offices of a nonprofit in San Bernardino, California in December 2015. In both cases, NIMS created a process for many agencies to come together quickly and effectively, including local and state police, the Federal Bureau of Investigation (FBI), the Bureau of Alcohol, Tobacco, Firearms, and Explosives (ATF), emergency medical responders and victim assistance organizations.

Taking learning on board

Today the idea of NIMS is widely accepted, but it has been implemented unevenly across the United States. NIMS works well within individual response agencies, but is harder to implement across multiple agencies and levels of government. Conducting big response exercises is expensive, and many cities do not have large events like those in Boston that give them frequent opportunities to practice. And individual agencies naturally tend to focus inwardly on their own organizational interests and drift away from the tasks of collaboration.

Moreover, NIMS ideally reaches beyond first response organizations. Many agencies whose primary mission is not emergency response, such as transportation and public works departments, could play important roles in major emergencies. These agencies may adopt NIMS and give their employees basic training, but lack opportunities to sharpen those skills so that they can operate effectively in a high-pressure, NIMS-organized event.

Communities need to bring their response agencies together regularly to plan and practice. This can develop and maintain knowledge and relationships that will enable them to work together effectively under the high stress of a future attack or disaster. Any community can do this, but many have not.

Where training and practice have taken place, these tools have worked. They can be improved, but the most important priority is getting more communities to practice using them more regularly, before the next disaster. One important way this nation can honor the victims of 9/11 is by using these lessons to create the conditions for even better coordination in future events.

Arnold M. Howitt is the Faculty Co-Director for the Program on Crisis Leadership, Senior Adviser for the Ash Center for Democratic Governance and Innovation, and Adjunct Lecturer in Public Policy at the John F. Kennedy School of Government at Harvard University.

Christine Cole is a Senior Fellow for the Program on Crisis Leadership at Harvard University.

Joseph W. Pfeifer is a Senior Fellow for the Program on Crisis Leadership at Harvard University. 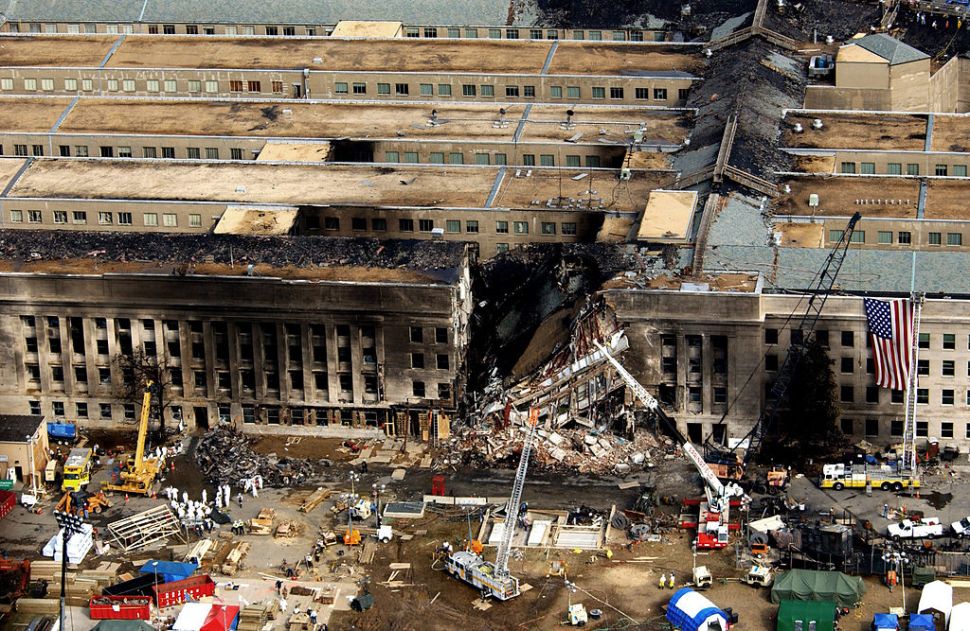