Facing criticism for his refusal to release the disciplinary records of the police officer involved in the chokehold death of Eric Garner, Mayor Bill de Blasio has blamed the lack of transparency on state law—but Gov. Andrew Cuomo today said he thinks it’s the city’s call.

“I don’t think this is primarily a state law issue,” Cuomo said. “The police department for many years released their records. They have now decided not to release the records because of the state law. So I think really it’s a decision for New York City first, as to what they want to do and then we can always discuss the state law.”

Indeed, the NYPD routinely handed out brief information about disciplinary action taken against officers, which was included along with other information in a list of “Personnel Orders” available to reporters working in 1 Police Plaza. But the department stopped updating the orders months ago, and in late August finally explained that they’d no longer be available due to section 50-a of the state’s civil rights law—which has been in place for decades, but which the NYPD now say it had been accidentally violating for years by giving out the information.

“The NYPD has acknowledged that they were for many years inadvertently in violation of state law, so the Department changed its practice,” de Blasio spokesman Eric Phillips said via e-mail. “The Mayor and Police Commissioner’s focus now is on changing state law so the public can get the transparency it deserves.”

It is unsurprising that Cuomo and de Blasio do not agree on whether it’s primarily an issue of state law—the two have been locked in a years-long feud and rarely agree on anything. Asked whether he thought the de Blasio administration was misinterpreting the law by saying it barred them from releasing the information, Cuomo said their interpretation should be the “first question” in settling the issue.

“The law hasn’t changed. For many, many years the NYPD disclosed the information,” Cuomo said. “The NYPD now looks at the law and makes a different interpretation. So I think the first question is them and their interpretation of the law.”

Robert Freeman, director of the State Committee on Open Government, called that an “oversimplification.”

“It’s a little bit more complex than that,” he said.

Very brief, one-line summaries of disciplinary actions had been available to reporters alongside promotions, transfers and other matters for years. But when a Legal Aid attorney sought to obtain those very same records, she was denied under section 50-a. Several months ago, the personnel orders available to the press stopped being updated—with the NYPD eventually pointing to the law as its explanation to the New York Daily News.

“It would be more the detailed record regarding so-and-so’s activities that likely would fall under the coverage of 50-a of the civil rights law,” he said.

The NYPD’s sudden about-face on personnel orders comes as the city is being pressured to release the disciplinary records of Pantaleo, with the Legal Aid Society seeking out a summary of Civilian Complaint Review Board records that would show how charges had been filed and found substantiated against Pantaleo, as well as what punishment he received, under the Freedom of Information Law.

More than a year ago, Manhattan Supreme Court Justice Alice Schlesinger ruled that the city should release Pantaleo’s disciplinary record, saying it fell outside the confidentiality requirements of 50-a, which prohibits the release of records used “to evaluate performance toward continued employment or promotion.”

But while de Blasio has insisted he favors the release of those disciplinary records, his administration appealed the ruling that they should be released. That appeal is pending.

(A grand jury declined to bring charges against Pantaleo in Garner’s death—which was caught on film and happened as Pantaleo sought to arrest him for selling untaxed cigarettes on a Staten Island street—and efforts to get the grand jury’s documents released have failed.)

Legal challenges to 50-a of the civil rights law have met with varied ends. The first major test of the law was in Schenectady, after 18 police officers were reprimanded for throwing eggs at people following a bachelor party. The question of whether that could be made public went to an appeals court, which ruled that the records would likely be used to evaluate employment and as such couldn’t be revealed.

But in other cases, some kinds of records were found not to be covered by 50-a—including records, sought by the Albany Times Union, relating to the ownership of illegal machine guns by police officers, which the police union argued were personnel records.

“I thought that was a stretch, and the court of appeals did as well,” Freeman said.

While Cuomo expressed openness to revisiting the law, he also noted the differing interpretations.

“The state law, I think should be examined and should be discussed and debated,” Cuomo said. “I understand there are two sides on the issue. I tend to always err on the side of disclosure and transparency.”

But for open government advocates like Freeman, the questions about 50-a go well beyond its interpretation in this specific case.

“This isn’t a fight between the city and the state. This is a fight that goes to the language of the statute,” Freeman said. “Is this really positive public policy? And at the Committee on Open Government, we think that it’s not.”

While a judge may find that these specific, brief records ought to be released under the law, 50-a still clearly provides police and corrections officers protections that are not afforded to other public employees by barring the release of records relating to their performance. If a judge, teacher or clerk were found to have violated rules or committed some kind of misconduct, those records would be available to the public, Freeman said.

The legislation dates back to concerns that unrelated issues from an officer’s past could be brought up while that officer was testifying in a courtroom, as noted in the bill’s legislative intent. But Freeman noted the legal system already provides ways to ensure that doesn’t happen—mainly, if the information is irrelevant, an attorney can object and a judge won’t let the information be disclosed. 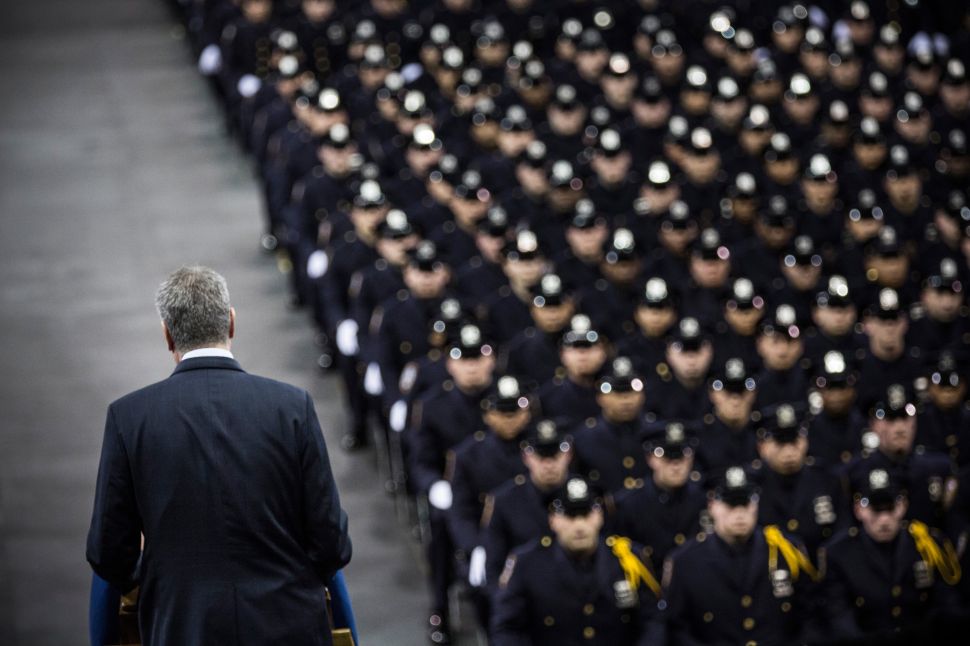