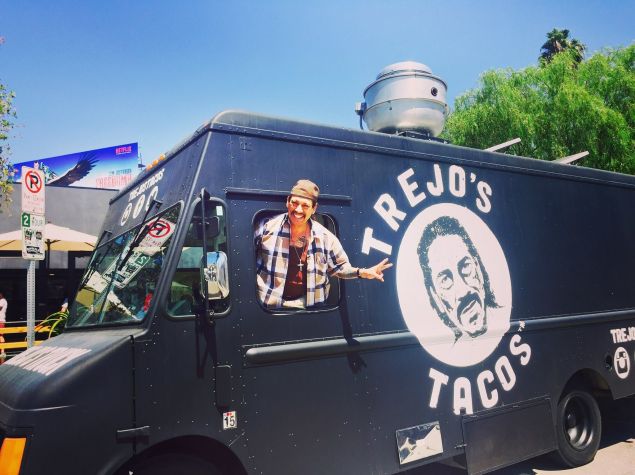 Danny Trejo is ready to prove that food from a truck can be healthy. (Photo: Trejo's Tacos)

After the successful March launch of Trejo’s Tacos on La Brea Avenue, which serves responsibly farmed meat and seasonal produce, Trejo has been in nonstop expansion mode.

Last week, he debuted his Trejo’s Truck, which is crisscrossing the city with its healthy tacos and refreshing agua frescas.

“My dream is to have a tailgate party at a Rams game,” says Trejo, who unleashed his truck on Monday in Santa Monica and then at a media event in Hollywood.

Trejo and his partners are also getting ready to open a Hollywood location of Trejo’s Tacos on Cahuenga Boulevard in the coming weeks. They’re planning even more taquerias (including one on Virgil Avenue at the edge of Silver Lake) and also a coffee-and-donut shop (at the old Donut Time featured in the movie Tangerine) in Hollywood.

The goal of all their ventures is to create an alternative to the grease-trap fast food that has contributed to America’s growing obesity problem, something Trejo notes hits the Latino community especially hard.

“We wanted to have a fast-food truck where you can eat healthy,” Trejo says. “Mexican food is often cooked with lard.”

Instead of relying on pork fat, Trejo has cauliflower tacos along with carnitas, grilled chicken and pulled beef brisket. And chef John-Carlos Kuramoto is making horchata with Lundberg organic basmati rice from California.

“I love the rice, especially for our horchata,” Kuramoto says. “That nice basmati flavor goes super well in our horchata.”

The point here is that Kuramoto is using the same kind of sourcing and culinary creativity he did when he cooked at more formal spots like Mozza and Michael’s.

“That’s the fun challenge—doing fast-casual and also what I would normally do anyway,” Kuramoto says.

The chef looks forward to the forthcoming Hollywood restaurant expanding Trejo’s late-night business, and then he can focus on adding breakfast to the La Brea location.

“This is the fun part, where you can prepare, you can plan and then you actually you do it,” he says, laughing. “Then you throw away the plans you already made and you start again.”

There’s a high degree of difficulty here, shifting the menu as seasons change (Kuramoto is looking forward to using butternut squash when it’s at its peak and knows he won’t be cooking cauliflower year-round) and convincing people to pay $4 for a taco when other trucks sell them for $1.

“We’re trying to change the paradigm,” Kuramoto says. “Slowly but surely, people are getting to understand what we’re about. Traditional Mexican food is supposed to be very cheap because it uses very cheap ingredients. But we’re really trying to change it. What if we used really great ingredients? Tacos aren’t just from a lunch truck. They’re more of a vessel than anything else, just like pizza. Pizza can be very cheap or pizza can be elevated.”

When you’re creating mindful fast-casual food and trying to change long-ingrained dining habits, it helps to have the ultimate Bad Ass as your front man.

“It feels so much better when you eat healthy,” says Trejo, who has plans for the truck to take road trips and visit San Diego, Las Vegas and even Seattle and San Antonio. “You have more energy. I feel it every day, and I’m excited to be on the streets with this truck.” 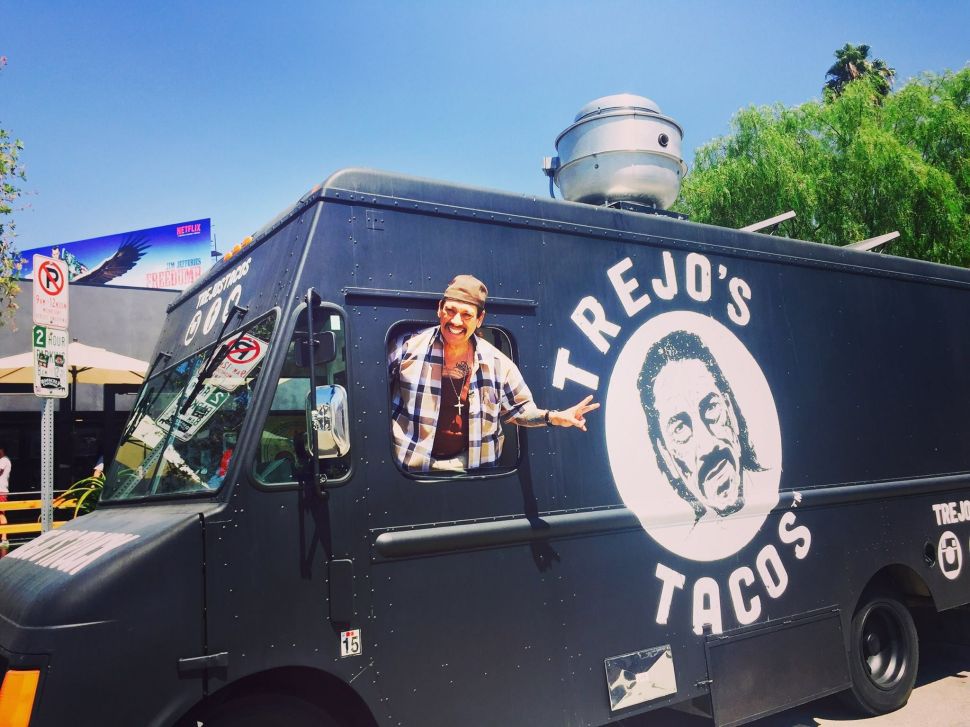