Gottheimer’s declaration aimed to put him at odds with current incumbent Scott Garrett. In order to hammer the point of divergence home, Gottheimer was joined on the Jersey City waterfront by a host of individuals personally invested in replacing Garrett for what they claim is a failed record on 9/11 related issues. Those attendees included Ellen Saracini, widow of pilot Victor Saracini whose plane was hijacked on 9/11; Captain Robert J. Domaleski, a good friend of Saracini’s who is working with Ellen to get legislation passed that would implement a second safety barrier on planes between the cock pit and cabin (HR-911); Paul Nunziato, first responder and president of the Port Authority PBA; Jaime Hazan, a Ground Zero EMT and recipient of the first-ever 9/11 service dog; and Chief Joseph Zadroga whose son, James Zadroga, died from illness contracted at Ground Zero and subsequently had the 9/11 health care and compensation act, the Zadroga Act, named after him.

“Whether or not they took and oath, whether or not they wore a badge, none of these individuals expected to enter a war zone that day,” Gottheimer said. “But on 9/11 that is exactly what they did and exactly what happened. And they did it voluntarily, without a second thought. I believe if people like this can step up and show great courage when they are not expected to, then shouldn’t we have political leaders in our country who display at least one iota of that courage when they are expected to?”

According to Gottheimer, he will push HR-911 if elected and get a second safety barrier placed on all aircrafts to prevent hijackings like the ones that occurred on 9/11. According to Domaleski, the implementation of that bill would cost airlines $20 million or 2 cents per ticket at a time when airlines are pulling in record profits.

Gottheimer also said that his anti-terror plan would begin abroad to stop terror, increase vigilance in places like Iran where the threat is elevated, be mindful of homegrown terrorists and implement safety measures that would bar suspected individuals from the purchase of firearms.

According to Zadroga, who previously appeared in a Gottheimer campaign commercial blasting Garrett for his opposition to the Zadroga Act and the fact that he was the only New York or New Jersey representative to do so, his support of Gottheimer stems from a feeling of being left behind by Garrett.

“I am still suffering. He wouldn’t support us then and I can’t support him now which is why I am supporting Josh,” Zadroga said. According to Zadroga, by failing to support HR-911, Garrett is “willing to have 9/11 happen again.”

Hazan’s service dog, Bernie, is the first dog to be donated to a 9/11 first responder. According to Hazan, Bernie helps him cope with every day stresses that are a result of his work at 9/11. Hazan said that he could not stand by Garrett due to the Congressman’s proclamation that the Zadroga Act gave him “heartburn.”

“At the end of the day this shouldn’t be so hard and I don’t understand why it is,” Hazan said. “We were sick and we were dying and we were fighting for benefits.”

Gottheimer, a Democrat, and Garrett, a Republican, will be facing off at the polls in November. 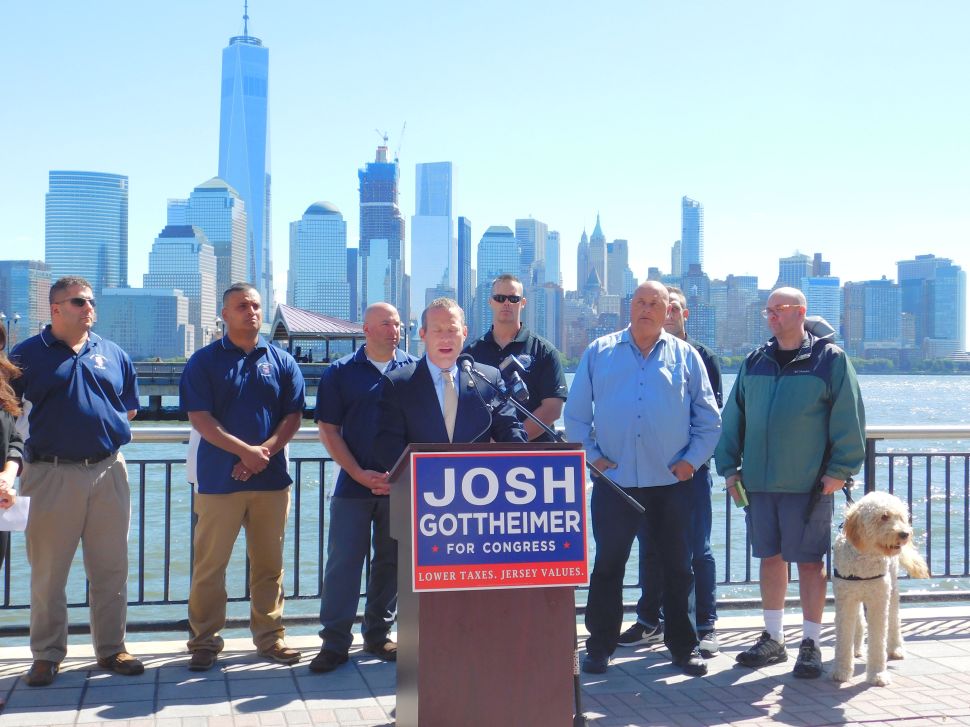