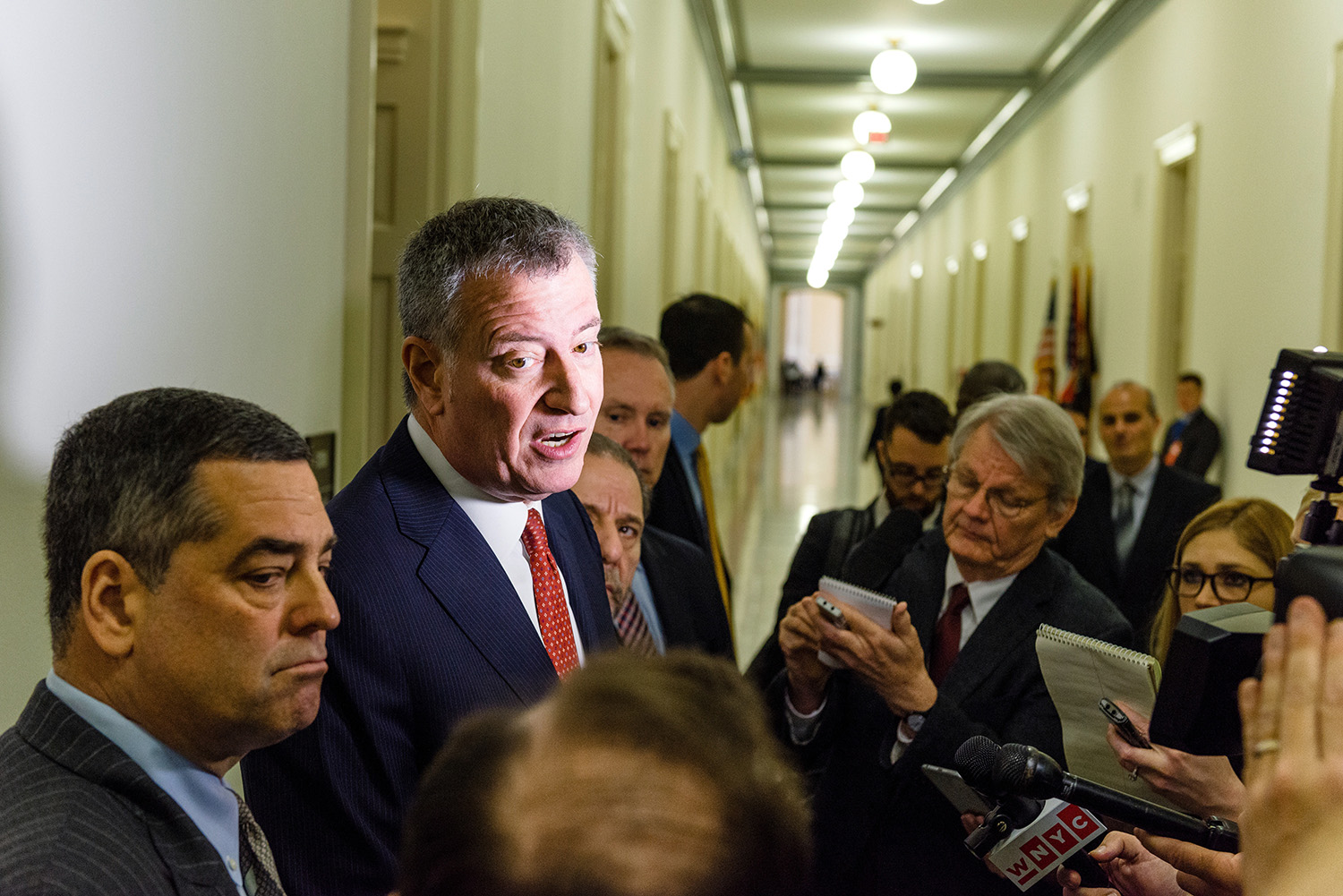 Mayor Bill de Blasio fields questions from the press after calling for the restoration of terrorism budget cuts. (Photo: Andrew Propp for Observer)

Mayor Bill de Blasio has drawn scrutiny for his insistence that questions at press conferences be labeled as “off-topic” or “on-topic,” but this afternoon he added a third category: “propagandistic.”

During a press conference aimed at touting the administration’s investment into officer safety at Rikers Island, de Blasio found himself sparring repeatedly with his captive audience of reporters. But one exchange stood out: when the mayor refused to answer a question from New York Post bureau chief Yoav Gonen.

The on-topic question was about the background of Joseph Garcia, president of the US Corrections-Special Operations Group, who is training the department’s Emergency Services Unit—including in the use of tasers, which was the main point of today’s press conference. The Post has previously reported that Garcia has carried a gun on Rikers; this week, the Wall Street Journal reported the Department of Investigation is probing his $2.1 million contract with the city and noted that Garcia has exaggerated some of his law enforcement credentials.

“What can you tell us about Joseph Garcia, the guy who runs it?” Gonen asked. “Does he have any background in corrections or law enforcement or in military?”

Correction Commissioner Joseph Ponte, who contracted with the same firm when he led prisons in Maine, fielded the question but didn’t quite answer it. He said the contracting in both Maine and New York “is a process we go through,” and that Garcia had “a background in training with small groups.”

Gonen followed up to press on whether that experience was corrections or military-related, but the mayor cut him off.

“Again I’m going to cut you off. I appreciate your propagandistic newspaper,” he said, as Gonen tried to interject. “I’m sorry, I’m not playing this game. We have very strenuous standards when we do the contracts. There’s lots of checks and balances.”

As the reporter tried to ask what was propagandistic about his question, de Blasio talked over him and tried to call on another reporter.

The exchange came just a few hours after the mayor—who has struggled with the press since the start of his administration and has been criticized for cutting down the frequency of his press conferences—bashed the Post during an interview with Brian Lehrer, arguing they take things out of context and that their stories should not be trusted.

But there won’t be any Donald Trump style blacklist of the city’s right-leaning tabloid, de Blasio spokesman Eric Phillips said.

“Commissioner Ponte answered the question from the Post. The Mayor called on the Post again later in the session after the exchange and responded to another of the reporter’s questions,” Phillips said. “He takes questions from the Post at every press conference. There won’t be any shift in that. It wasn’t that dramatic.”

According to a source familiar with the mayor’s press conferences—this reporter, who has attended many of them—the mayor does not, in fact, take questions from the Post at every press conference.

But he did give the Post a second round of questions today. Ponte responded to the first, about whether the training including use-of-force tactics. But Gonen’s second question, asking what was “propagandistic” about his previous one, didn’t get an answer.

“We’re not revisiting. If somebody wants to ask a pertinent question,” de Blasio said, searching out for another reporter. “We’re just not talking about it, dude.” 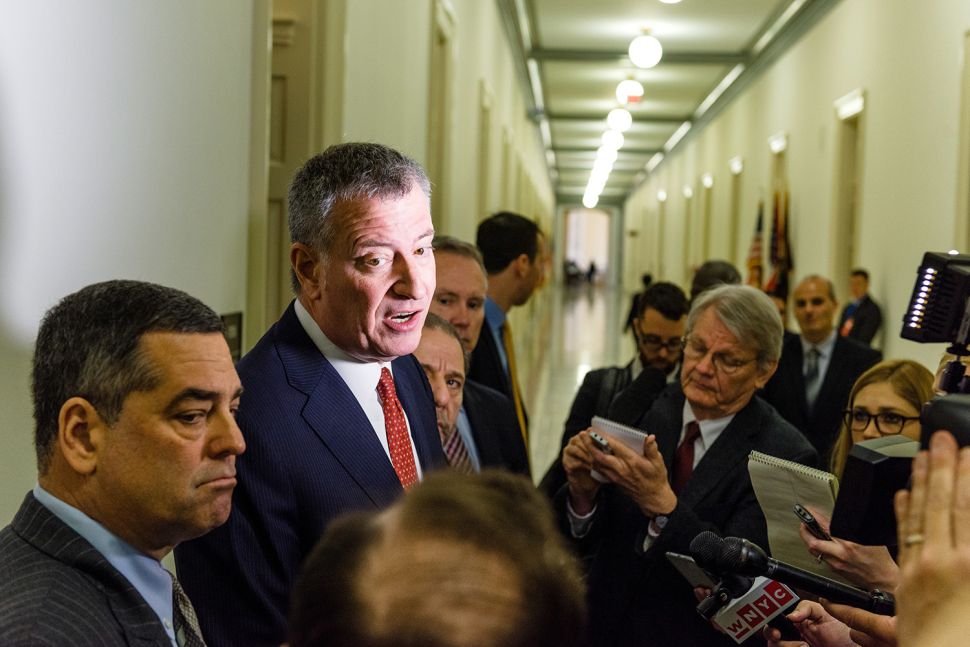