Back in June, when Omar Mateen shot up a gay nightclub in Orlando, murdering 49 innocents before the police took him out, media outlets were at pains to discount the notion he was motivated by ideology, much less radical Islam. Even though Mateen, the son of Afghan immigrants, wound up on the FBI’s radar more than once for his extremism, nothing was done to prevent that awful massacre.

As I noted at the time, Jihad Denial—meaning the unwillingness of law enforcement, the media, and politicians to acknowledge that Mateen was motivated by a violent brand of political Islam—had lethal consequences. In the months since that appalling crime, the customary diversions have been employed from the White House on down with help from the mainstream media: Mateen’s massacre was “really” about guns, or mental illness, or repressed homosexuality, or family problems.

Such efforts to deny the obvious gained traction due to media exposure, but have been blown apart by the recent FBI release of some of the calls to 911 that Mateen made during his three-hour hostage-taking and murder spree. The 17-page transcript makes abundantly clear exactly what the killer considered his motivation to be.

He repeatedly pledged allegiance to the Islamic State, the notorious ISIS, and its leadership. Mateen wanted 911 dispatchers to call him an “Islamic soldier,” “a Soldier of the God,” and one of the “Mujahideen” (i.e., those who wage holy war in the name of Islam). He said his killing spree was motivated by the recent death of “Abu Wahid.” In early May, an airstrike in Iraq by the American-led coalition killed Abu Waheeb, a top ISIS executioner and star of numerous gruesome jihadist propaganda videos. (It’s not clear if Mateen misstated the dead man’s name or the authorities did.)

“They should not have bombed and killed Abu Wahid,” the hostage-taker vented on the phone. When a police negotiator clearly had no idea who the dead man was, Mateen angrily stated, “Do you fucking homework and figure out who Abu Wahid is, OK?”

Here we see the customary jihadist fantasies of belonging to ISIS in the deserts of Arabia even though you’re in Florida. In the sick mind of Omar Mateen “we” are Islamist killers in the Middle East, while “they” are fellow Americans, your neighbors and co-workers—infidels who deserve death.

Mateen placed himself among Western jihadists who murdered fellow citizens in France and America. He hailed “My homeboy Tamerlan Tsarnaev,” one of the bombers of the Boston Marathon in 2013: “Now it’s my turn, ok?” Mateen threatened to put bomb vests on his hostages. This was just jihadist bravado. In the end, he managed to kill 49 innocents and maim 53 others without detonating any bombs.

The sad reality is that for months the public has been told lies about what motivated Omar Mateen. Mentally unwell he may have been, but he saw himself with clarity as an ISIS fighter in America. Being not right in the head does not prevent you from being a jihadist—in fact, as any seasoned counterterrorism professional will tell you, a high percentage of self-styled jihadists in the West clearly have something very wrong with them. They are angry, unbalanced, and most often socially isolated. In jihadism, usually learned online, they find justification for their violent fantasies.

This realization ought to give fresh perspective whenever a Muslim goes on a killing spree in America. The media and our government want the public to avoid making obvious connections, and these willful misdirections, which have become Federal policy under President Obama, merit skepticism and more.

Take the case last Friday of the massacre at Cascade Mall north of Seattle, which killed five Americans while they were shopping at Macy’s. Early reports suggested the murderer “looked Hispanic,” which caused social media scorn from people who suspected that authorities were yet again attempting to distract attention from yet another Muslim killing spree.

The skeptics were proved right the very next day when the suspect was arrested and he turned out to be Arcan Cetin, a 20-year-old immigrant from Turkey. Cetin fits the now customary script: a loser who had trouble with women, trouble with drugs, trouble with the law over domestic abuse, and mental health problems too. Most who encountered Cetin, including his neighbors, considered him a malignant hothead whom it was best to avoid.

It’s too soon to say if his crime was politically or religiously motivated. Hailing from Adana in southeastern Anatolia, Cetin is a Muslim but his level of faith remains unclear. His social media postings include flattering mentions of radical Islam and even ISIS—but also enthusiasm for all things Russian plus an interest in serial killers like Ted Bundy. None of this speaks to Cetin’s mental wellbeing.

Cetin is in custody and has admitted his crime to authorities, so the presumably the public will eventually learn what motivated him to murder five innocent people he never met. Since he lives, it won’t be quite as easy for the FBI to evade questions about what role jihadism may have played in the Cetin case.

The Cascade Mall shooting bears eerie resemblance to a mass murder incident in Utah in in early 2007, one that never registered much with the public and fell down the memory hole. That February 12, Salt Lake City’s Trolley Square Mall was the scene of mayhem when five people were killed and four more were injured by Sulejman Talović, an 18-year-old Bosnian Muslim.

Talović might have killed many more, since he arrived at the mall with two guns and a backpack full of ammunition, but he encountered an off-duty police officer who got backup and the murderer was felled by police just six minutes into his killing spree.

What motivated Talović was murky. A socially isolated dropout who had minor run-ins with the police, his immigrant parents on cue insisted that he was a “good boy” and his appalling crime had nothing to do with Islam. For good measure, they claimed that it was all really the U.S. Government’s fault since they “allowed” their son to obtain a gun.

Others detected darker motives at work. Some eyewitnesses claimed that Sulejman Talović shouted Allahu akbar (“God is great,” the standard jihadist mantra) as he committed five murders. The FBI never seemed especially interested in running that down, and the Bureau was quick to announce that the Trolley Square incident had nothing to do with terrorism. In the end, the FBI officially never determined what motivated Talović to kill.

Outside the FBI, some counterterrorism experts considered the Talović case a whitewash. Even during George W. Bush’s presidency, few in Washington were eager to find jihadism lurking inside the United States. That was inconsistent with Bush’s post-9/11 message that Islam is a religion of peace that has nothing to do with terrorism. It was best for everyone that the Talović case be forgotten, so it was.

Things have gotten immeasurably worse under Barack Obama, whose White House banned the use of loaded terms like Islamic and jihad when discussing terrorism, even in classified, internal U.S. Government channels. Given the politicized mess that the FBI has become since 2009, as demonstrated by the Bureau’s cynical punting on EmailGate, it’s no wonder that they don’t deal honestly with jihadism either.

The recent case of Ahmad Khan Rahami, a 28-year-old Afghan immigrant who’s in custody after a shootout with police, is illustrative. He’s charged with planting bombs which exploded across New York City and New Jersey. A novice bomb-maker, Rahami mercifully managed to not kill anyone, though his lethal intent is clear.

He shows all the usual patterns, as an angry and unstable young man with a history of domestic violence. Rahami turned to a radical form of Islam in a manner that disturbed his family. Unlike many domestic jihadists, he actually was in contact with terrorists abroad. Rahami made multiple trips to Afghanistan and Pakistan, including spending three weeks in 2011 at a seminary in the latter country that’s a known Taliban hotbed.

Nevertheless, American law enforcement and intelligence seem to have taken no notice of these suspicious travels, since according to the FBI, Rahami was listed on none of the watch-lists which are supposed to tip off authorities about potential terrorists. This omission raises troubling questions, ones which are especially worrisome since Rahami’s own father, concerned by the violent radicalism he witnessed, told the FBI in 2014 that his son needed to be investigated. The Bureau looked and found nothing of interest.

Our government has spent staggering sums of taxpayer money since 9/11 on countering terrorism. How the FBI missed Rahami, given his travels and his own father’s warning, deserves serious investigation. When you add incompetence to the FBI’s unwillingness to honestly tackle our domestic jihadism problem, a troubling pattern emerges which ought to concern all Americans.

Over a decade ago, back in 2004, Abu Musab al-Suri, perhaps the finest strategist the Salafi jihad movement has produced, urged would-be holy warriors to go out and commit murder and mayhem without orders from any high command. This “leaderless jihad” that al-Suri advocated meant abandoning “big weddings” like Al-Qa’ida’s Planes Operation on 9/11 in favor of small, low-level attacks by self-starting jihadists all over the world.

Half-jokingly called the “just do it” jihad by some terrorism experts, al-Suri’s model isn’t all that effective on a case-by-case basis but it’s cheap, simple, and doesn’t require much in the way of superstructure or funding to make it happen. Small-scale attacks across the West, particularly by people lacking ties to any formal jihadist group, are hard to stop but terrifying to average citizens. Terrorism, after all, is supposed to invoke terror. Al-Suri’s “leaderless jihad” has arrived and is here to stay.

Ignoring the fact that some Muslims will embrace jihadism will not make it go away—rather the contrary. The reality that an infinitesimal percentage of the Muslims in our country engages in terrorism is cold comfort to the Americans they maim and kill – or their grieving families.

America produces plenty of violent maniacs on our own, as testified by the sad reality that mass shootings have become an almost routine occurrence in our country. Too many of our inner cities already resemble war zones. We have no need to import more killers.

Donald Trump has put the issue of Muslim immigration on the table, albeit in his usual somewhat confusing fashion. Nevertheless, this is a debate Americans must have, and it must be pursued honestly, without euphemisms or evasions. Jihadism is not going away. 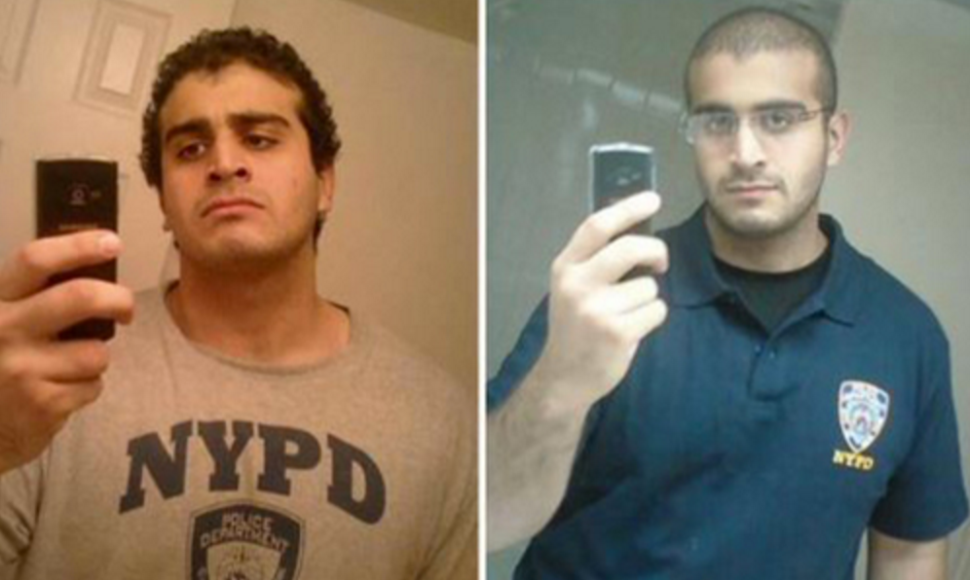