On September 21, the Democratic National Committee (DNC) responded to the class action lawsuit filed in federal court against them by the Beck & Lee law firm in South Florida.

DNC attorneys claim Bernie Sanders’ campaign contributors donated knowing the DNC favored Hillary Clinton. As proof, they cite the Facebook profile of Rick Washik, who signed a petition prior to donating to Sanders in support of DNC Chair Debbie Wasserman Schultz resigning from her position at the DNC. Also cited are Rosalie Consiglio and Catherine Cyko, who posted articles on Facebook accusing the DNC of bias before donating to the Sanders campaign anyway.

Citing these individuals and others who donated to Sanders after complaining about DNC bias, the DNC lawyers’ motion to dismiss the lawsuit claimed, “This sample demonstrates that, aside from not being actionable, Plaintiffs’ theory that donors relied upon Defendants’ statements about neutrality to make donations they would not have otherwise made is not plausible.”

Their argument is that because Sanders supporters knew the DNC was biased against their favored candidate and donated to his campaign anyway, the lawsuit should be thrown out. This rebuttal is merely a legal extension of the disdain the Democratic Party has for Sanders supporters, as exhibited in Wasserman Schultz’s immediate hiring by the Clinton campaign after she resigned as DNC Chair. (While establishment Democrats came to Wasserman Schultz’s aid to ensure she survived her congressional reelection bid.)

The DNC attorneys also claimed the lawsuit should be thrown out under the grossly generalized assumption that most people who donated to Sanders would not support the lawsuit seeking damages for the DNC and Wasserman Schultz favoring Clinton. “The vast majority of whom almost certainly do not share Plaintiffs’ political views—have no realistic means of disassociating from this action, brought in their name against the political party they likely support,” wrote the lawyers, who had the audacity to claim those Sanders supporters have their First Amendment rights violated by being included in the class action lawsuit. The attorneys also argue that the hackers who released DNC documents were Russian, without providing any evidence for their claims.

If the DNC and Wasserman Schultz did not favor Clinton—as demonstrated not only in the WikiLeaks and Guccifer 2.0 releases, but in their actions against the Sanders campaign throughout the primaries—then why did Wasserman Schultz and three other top DNC officials resign in the wake of the leaks?

In every capacity throughout the primaries, DNC staff, Democratic Party leadership, and mainstream media outlets propped up Clinton’s candidacy and undermined Sanders. While the lawsuit filed against the DNC won’t be able to replace the widely disliked Clinton with Sanders as the Democratic Party nominee, it serves as an opportunity for the DNC to be held accountable for blatantly rigging the primaries on behalf of Clinton. 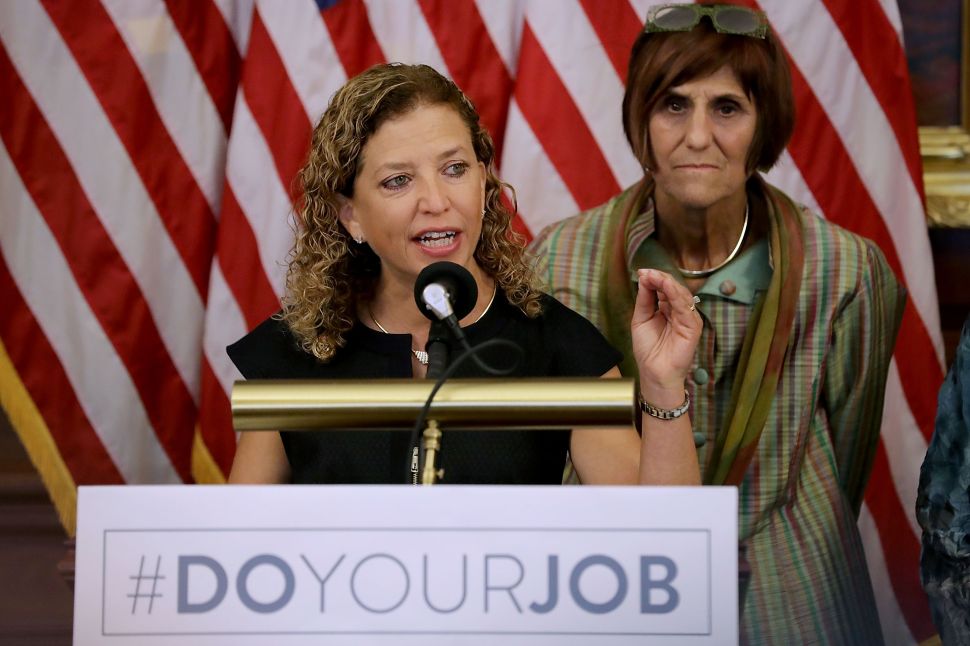