In case you haven’t noticed, Prince George is on vacation in Canada with his family. This heavily publicized and well-scheduled trip obviously included a meeting with our Northern neighbor’s endlessly charming leader, Justin Trudeau. Trudeau, who has three young children of his own, was eager to meet the future king. To welcome him to this new and strange land, he crouched down, and immediately offered the child a high five. Unfortunately, Prince George quickly rebuffed the gesture, and looked appalled while doing so.

When Prince George said no to a high five, Trudeau offered him a low five, a higher one, and even a tiny handshake. While only the first high five received a tiny nod of resistance, the rest were met with derision. It is, entirely possible that the future King of England has never given a high five before. In the BBC article 5 Ways Americans Celebrate That British People Find Awkward, the author expresses distaste for the American (or Canadian, in this case) experience, writing, “Despite high fives spreading across the world, as a Brit, it’s desperately hard not to leave someone ‘hanging’ when they raise their palm to the heavens in a kind of disco gesture, then freeze it in place.” Prince George certainly left Trudeau hanging, palm extended awkwardly. Clearly the tiny royal was exhausted after a long flight, so he was less than interested in exchanging pleasantries with a peasant.

Let’s be honest about high fives–only American athletes truly seem to like giving and receiving them, as it’s easy to miss slapping palms if you’re uncoordinated, and no one alive looks cool while participating in the bonding experience. It only makes sense that Prince George would turn down the rather jock-like greeting. But he did begin waving at his adoring public immediately afterwards, proving that he’s certainly fit to be King. Prince George is a true trendsetter. Unless you’re a high school jock in a letterman’s jacket, there is no reason to present a high five as an acceptable greeting. 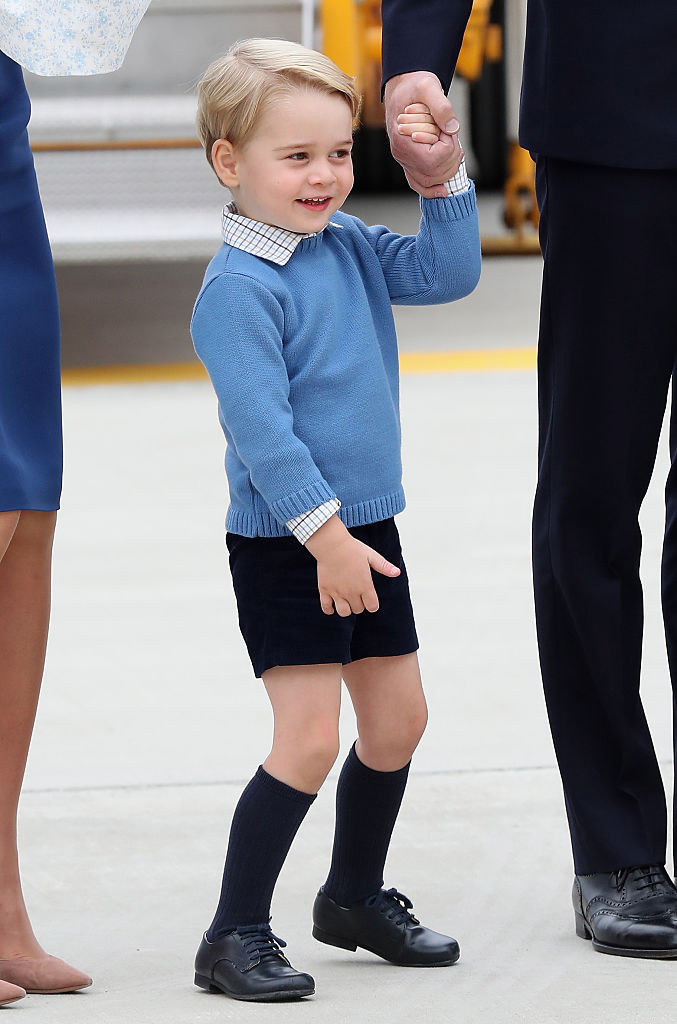