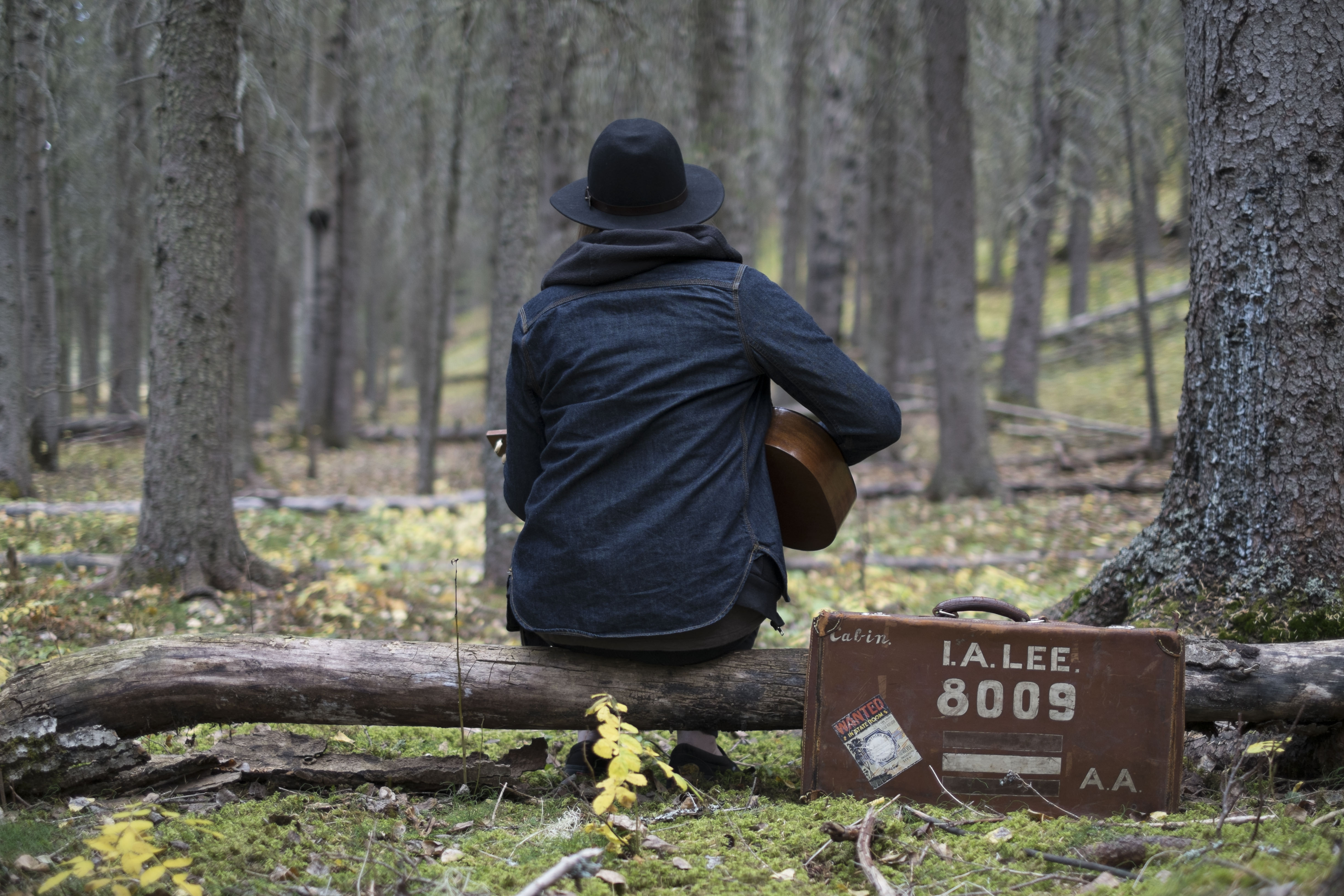 Give yourself time to figure out what ‘good music’ sounds like to you. Photo: Jenelle Ball/Unsplash

Renowned Renaissance painter Pieter Bruegel the Elder depicted peasant life in his classic work Netherlandish Proverbs. And while from a distance his masterpiece appears to be just another beautiful depiction of daily life, if you look a little closer…

Butts. Butts everywhere. No doubt to startle the more interested viewer with a giggle, or generally scandalize anyone who looked too closely.

In a slightly less NSFW example, my editor Jory shared a story of seeing Joseph Hadyn’s Symphony No. 94 as a kid. At the end of the 2nd movement, just as the sound of a solo piano is lulling the audience into a deep and comfortable Sunday afternoon nap… BANG! An abrupt fortissimo (aka a loud crash!) comes in unison from the full orchestra.

Keeping your audience on their toes is an idea as old as art itself.

How could you not listen with greater attention to Hadyn’s later movements knowing that a rude awakening was just around the corner?

And the next time you see a Bruegel, I’m sure you’ll scrutinize it down to the last, dirty detail.

Whether you’re a wordsmith, designer, developer, photographer, or something else entirely, spend enough time in any industry, and you’ll start to pick up on these ‘secret ingredients’ that keep your audience interested—the little tricks, patterns, and nuances you didn’t see or think about before, but you now spot in spades.

Over the past 5 years as a writer, I’ve started to build my own arsenal of secret tricks—small, almost unnoticeable techniques that elevate my style, bring in clients, and keep readers engaged.

The greatest trick of them all? It’s not in what you say, it’s how you say it.

Why suspense and surprise keeps your audience in line

The reason Hadyn’s surprise ending worked so well was not just because it was unusual and went against the expected norms of the era. It’s also because he played the audience into it the whole time.

Dynamics in music—the changing of volume and playing speed—tug at our emotions in an almost primal way. And while the medium is less complex, you can do the exact same thing in your writing.

This is where pacing comes in.

Using rhythm that breaks up the text, and causes the reader to slow down or speed up, creates something like music with the form of your words. That’s the crux of solid, compelling content that keeps people reading, thinking, and wanting more.

Let’s look at a few examples:

1. Speed up, slow down, and switch your sentence length

Just like Hadyn lulled us in before his big bang, you can pull your audience along by mixing up the pace and rhythm of your writing. Mixing up sentence length is an excellent way to surprise your reader with new paces and rhythms, which helps the ‘narrator’ voice in their head stay expressive and interesting.

There’s few people who can explain the power of sentence length with such aplomb as Gary Provost:

“This sentence has five words. Here are five more words. Five-word sentences are fine. But several together become monotonous. Listen to what is happening. The writing is getting boring. The sound of it drones. It’s like a stuck record. The ear demands some variety.
Now listen. I vary the sentence length, and I create music. Music. The writing sings. It has a pleasant rhythm, a lilt, a harmony. I use short sentences. And I use sentences of medium length. And sometimes when I am certain the reader is rested, I will engage him with a sentence of considerable length, a sentence that burns with energy and builds with all the impetus of a crescendo, the roll of the drums, the crash of the cymbals—sounds that say listen to this, it is important.
So write with a combination of short, medium, and long sentences. Create a sound that pleases the reader’s ear. Don’t just write words. Write music.”

2. Use stream of consciousness

Not just for Beat Poets or late 19th century psychologists, removing your filter and unleashing an uninterrupted and unhindered flow of thoughts is a great way to reveal a thinking process—either of a character, an ideal client, or yourself.

Now, before you fire off miles of inner dialogue, let me remind you: Less is more. Write tight, concise copy. And then, when you feel your reader sucked in… let it all out.

As an example, let’s take a look at how you can apply stream of consciousness in sales language.

Let’s say the consumer I was targeting wanted to lose weight.

Or, you can get into the audience’s head:

“If you catch yourself constantly worrying: “Does my butt look OK in these jeans? Oh god that guy’s ogling my muffin top. Who does that?! Wait, is this shirt too tight? Is everything too tight?.!..”

This style makes a reader pause (and maybe chuckle to themselves lightly). It reveals that you’re literally ‘in their head’ and understand what concerns them.

This is something I do quite a bit with my posts on Crew, where the streams themselves are brief, but they still give you a window into my brain. (You can check those out here.)

Great writing inspires action through emotion and using this style of stream of consciousness can be incredibly powerful in creating a sense of vulnerability and empathy from your readers.

3. Don’t be afraid to put yourself in the piece

While some people need to replace the ‘I’ on their keyboard they write so much about themselves, being too self-focused in your writing alienates your reader.

It makes it harder for them to picture themselves in the story you’re telling. That’s why it can be so powerful to put them front and center—to show them they’re right in the narrative with you.

This stylistic switch-up ‘breaks the fourth wall’ by having the writer (or character) break away from the original thread of the story and start talking directly to the audience.

And while in fiction this is almost always to reveal some kind of backstory, that means the author isn’t just a secondary player or passive audience member, you can use it anywhere in your writing. It’s the ultimate ‘Hey you!’ that will jolt the readers out of their passive consumption of your words, get their attention (Frank-Underwood-from-House-of-Cards style), and remind them they’re part of the game, too.

Let’s take a look at how that works.

Say I’m telling a story about a conversation with a client.

I could just write: “The client decided they wanted XYZ project by noon the next day. But I couldn’t make that happen.”

OR, I could take the audience over into the corner with me, and tell them what’s really going on.

“The client decided they wanted XYX project by noon.
Let’s pause the tape here.
This client was one of those. You know: low paying, high maintenance, and needier on the phone than my high school boyfriend. Nah – I don’t play like that. You’ve gotta teach people how to treat you, and this client was due for a schooling.”

Not only does this make the piece more fun to read, but you’re adding dimension. You’re letting the reader stay in charge, but jumping in once in awhile to keep them on course and inject your voice and style.

4. Use cliche to your advantage

“Writers find their own voices only after they’ve sounded like a lot of other people.”

So I want to give you permission to do something: In your first draft, you can start with cliches and quips. You can start with sentences you’ve hard a dozen times in as many different places. But you have to come back to it and find a way to make it yours.

“He would’ve given her the moon.”

“He would’ve dragged jupiter out of orbit for a smile.”

“The grass is always greener on other side.”

“If your backyard is dead but your neighbor’s is lush and green: consider it may be astroturf.”

The key to discovering your own style is to keep playing, keep listening, keep reading, and keep practicing.

Start paying attention to the the pacing and verbal rhythms you’re drawn to. Examine music, comedy, and art that has an interesting flow. Find what perks your interest and what catches your attention.

Are they playing with words? Did they switch up an overused metaphor to breathe new life into it? How did they surprise you? What are they doing differently?

Great art—even if it’s just in the form of a blog post—encourages the viewer to participate and enjoy the ride by revealing truths, patterns, or putting a new spin on old ideas.

So, whether you’re inviting viewers to look deeply at your painting and discover innumerable peasant butts, jolting them awake with a wave of drums, or taking them aside mid-sentence for a secret conversation, by switching up your pacing and style, you captivate your audience by including them in your creation. They’re not just an audience member. They’re right there on the stage with you.

Give yourself time to figure out what ‘good music’ sounds like to you.

Hillary Weiss is the chief copywriter, ghostwriter and mischief-maker over at hillaryweiss.com. Since 2011, she’s helped over 150 brands find their voice, and get seen and heard with content that truly speaks their language, and fits their phenomenal work. Because words that lift hearts, ignite minds, and get results can do more than just change your business—they can change the world, too. 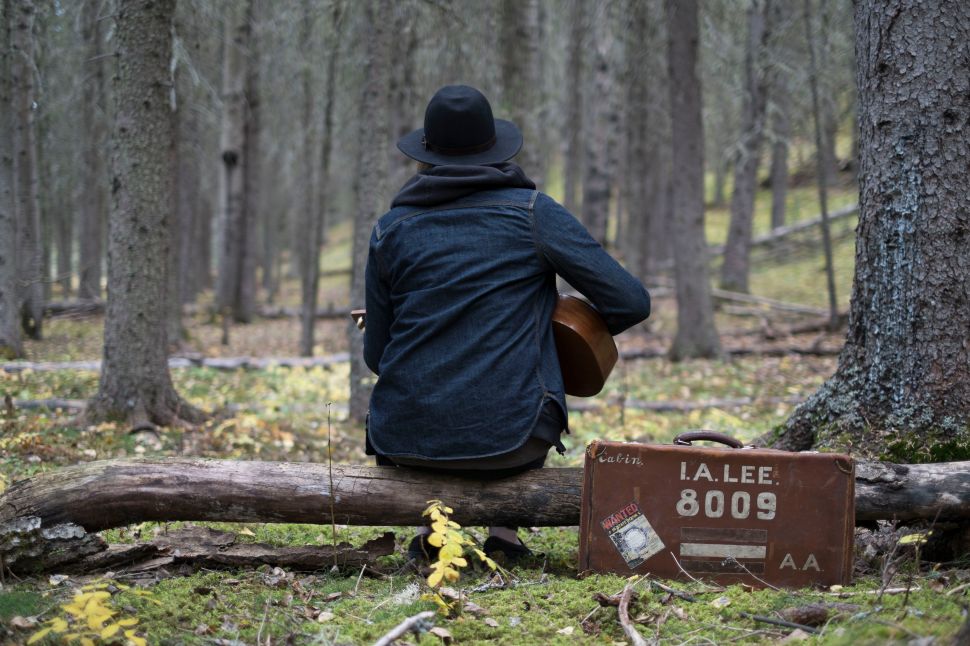