A flurry of recent stories, columns and editorials have spotlighted the fact that the Election Law Enforcement Commission (ELEC) lacks a sufficient number of commissioners to hold a meeting.

While true, these accounts may have left the false impression that the Commission is a “paper tiger.”

Nothing could be further from the truth.  Actually, ELEC is more like a tiger with a sore paw- one that is expected to heal very quickly.

Even though slightly wounded, the agency continues to perform nearly all of its functions. Commission staff continues to do the public’s business.

In a recent television story, one reporter represented that “there is a handful of professional staff there [ELEC] that handles basically processing what they call ELEC reports.”

Though probably not intended as a slight, the off-handed remark greatly short-changed the important work of the commission. The agency’s 69 professional and clerical staff members do much more than just shuffle reports.

A release on last year’s legislative activity by lobbyists will be published soon.

Our hard working legal staff has been preparing a matter before the appellate court scheduled for November 1st, even working on weekends.

In addition, legal staff continues to prepare complaints as well as work closely with the investigative staff on ongoing investigations.

For those interested, complaints and other updates to enforcement are published on the Commission’s website every first and third Wednesday.  Just yesterday (9/7/16), 11 were made public.

The public should know that while final decisions cannot be approved at this time these matters are not falling into a deep hole and forgotten. Those who would ignore ELEC’s regulations do so at their own peril.

As soon as commissioners are appointed, any pending enforcement actions will be finalized.

As an example, during the recent primary election in June, candidates filed their disclosure reports at the traditional rate of 95 percent.

Moreover, the big six committees, as well as county and municipal party committees and PACs filed diligently in July.

In many ways this is a testament to the ongoing efforts of ELEC’s compliance staff.  It conducts seminars and training sessions as well as assists members of ELEC’s community of filers on a day-to-day basis, both via phone and in person.

Last year, public assistance requests topped 9,500. Unlike some bureaucracies, ELEC has a long-standing reputation as a service agency that is courteous and helpful.

The highly skilled Information Technology (IT) staff is in the process of completing a comprehensive upgrade of the Commission’s computer system.  In doing so, it is providing electronic filing for candidates, lobbyists, and ultimately political parties and PACs, as well as upgrading the system’s infrastructure.

Soon a press conference will be called to unveil a newly designed website that will be easier to access using smartphones, tablets and laptops.

The efforts of IT, along with Data Entry’s coding and customizing functions, allows for the public to view reports of candidates, parties, PACs, lobbyists, fundraisers, and public contractors.

Of course, plenty of paper and electronic reports have to be reviewed, coded and sometimes scanned by our staff. Last year alone, they received 25,000 campaign finance reports.

All of the above functions constitute far more than simply “receiving reports” and shuffling them around.

Finally, staff continues to work closely with members of both sides of the legislative aisle to bring about much needed campaign finance and pay-to-play reform.

To confuse the temporary vacancies with the notion that the Commission is a “paper tiger,” or to use the worn out phrase “toothless watchdog,” is not only a mistake but a serious mischaracterization of the current state of the Commission.

ELEC is comprised of hardworking public employees, and chaired by a smart, dedicated public servant, Ron DeFilippis, whose efforts are totally voluntary.

Rest assured that the Commission will continue functioning effectively, and at full strength, until the current situation is rectified. 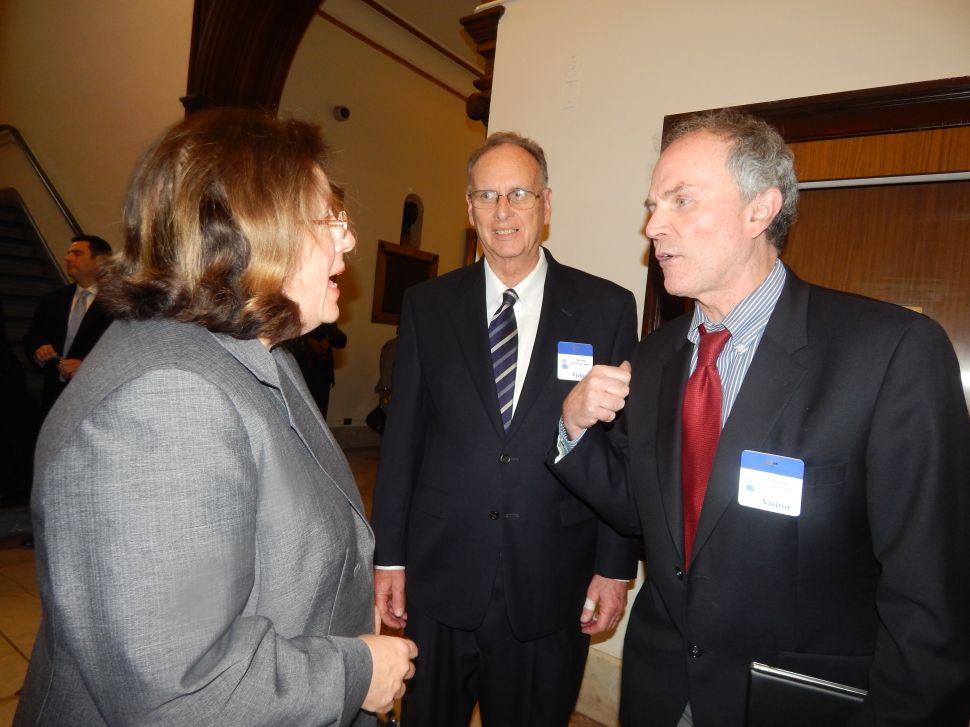