Last week’s Federal Bureau of Investigation release of materials relating to their investigation of Hillary Clinton has reignited the political firestorm surrounding EmailGate. How the Democratic nominee mishandled her emails while she was secretary of state is again front-page news, which is bad news for Hillary. Particularly because the FBI’s data dump demonstrates clearly that Clinton is either dumb or dishonest—and perhaps both.

Although Team Clinton has responded in their customary fashion, with lawyerly lies and evasions—nothing was “marked” classified, this is really about over-classification, classification is too complex for anybody to understand anyway—the FBI’s assessment has thoroughly debunked all of them. Hillary’s professed inability to even recognize classified information, thinking the “C” (for Confidential) meant alphabetical order, will now enter the pantheon of laughable Clinton infamy, alongside her husband’s debating the meaning of “is” while under oath.

The Bureau’s assessment establishes once and for all that there was classified information—and lots of it—on Hillary’s email server and bunches of Blackberries, many of which she lost. In fact, the FBI concluded that roughly 2,000 of her “unclassified” emails included information that was Confidential, the lowest level of classification.

Which leads to a troubling matter: What the FBI did not mention in its big data dump on EmailGate.

As I told you in this column back in January, Hillary emails included very highly classified intelligence from NSA. In early June 2011, the secretary of state received a long email from her longtime friend and factotum Sid Blumenthal regarding Sudan. This was an astonishingly detailed assessment of high-level political and military machinations in that country, specifically inside information about coup plotting.

This explosive information was timely and deep in the weeds on Sudanese happenings. It’s difficult to see how Blumenthal—a lawyer and Washington fixer, no sort of Africa hand or James Bond—got his hands on such juicy intelligence. As I’ve noted, “Blumenthal’s information came from a top-ranking source with direct access to Sudan’s top military and intelligence officials, and recounted a high-level meeting that had taken place only 24 hours before.” How did Sid obtain this amazing scoop for Hillary?

If Hillary Clinton becomes our next president, we can be certain that her trusty sidekick Sid Blumenthal will have an important role in her White House.

Not to mention that, in terms of verbiage and format, Blumenthal’s email read exactly like classified NSA reporting, as anybody acquainted with our SIGINT would immediately recognize. As one veteran agency official told me back in January, Blumenthal’s email was NSA information with “at least 90 percent confidence.”

At least one of those reports was issued under the GAMMA compartment, which is an NSA handling caveat that is applied to extraordinarily sensitive information (for instance, decrypted conversations between top foreign leadership, as this was). GAMMA is properly viewed as a SIGINT Special Access Program, or SAP, several of which Clinton compromised in another series of her “unclassified” emails.

NSA had no doubt that Blumenthal somehow got his hands on some of their “crown jewels” information. “It’s word-for-word, verbatim copying,” an agency official of them explained. “In one case, an entire paragraph was lifted from an NSA report” that was classified Top Secret/SCI. To add to the mystery, Sid emailed Hillary his “personal” assessment on Sudan only hours after some of those classified NSA reports were issued.

Somehow Sid Blumenthal—who in 2011 was not working for the U.S. government in any capacity and had not held security clearances in a decade—was reading above-top-secret NSA reports just hours after they appeared in tightly restricted GAMMA channels.

Suspicion quickly fell on Tyler Drumheller, a retired senior CIA official with a somewhat dodgy reputation. He served as a case officer of sorts for Blumenthal’s private intelligence shop, peddling information of sometimes dubious provenance. Possessing contacts with several spy services, the former CIA man seemed like a plausible source for this NSA leak. Conveniently for the Clintons, Drumheller died of cancer in August 2015, just as EmailGate was becoming big news.

The FBI asked Hillary about this odd situation. She downplayed it all, stating that she often didn’t read Sid’s emails, implying her old friend was wordy and long-winded. She told the FBI she had “no concerns” that the information Blumenthal sent her might be classified. Although his name was redacted, it’s obvious that the FBI brought up Tyler Drumheller as well in their interview with the Democratic nominee. Only adding to this mystery, Hillary told the FBI that she considered Blumenthal’s private intelligence assessments to be “journalistic” because Sid “did not have a clearance and was not in government at that time.”

Although it’s impossible to be certain, since roughly one-third of the FBI’s materials on EmailGate that the Bureau released last week have been redacted on security grounds, there’s no evidence in what we can see that the issue of Blumenthal’s Sudan email ever came up in the interview or the investigation. There’s no mention in the FBI report of any email dated June 8, 2011—much less anything about compromised above-top-secret NSA information. The term GAMMA never appears in the paperwork the Bureau released last week.

What the Intelligence Community terms the “fact of” what happened—meaning classified details are omitted—is something the public has a right to know before November 8. Details aren’t necessary—those are rightly kept classified—but the FBI needs to level with the American people. Not admitting that above-top-secret NSA information was compromised only furthers the Clintonian cover-up at this point.

The Bureau punted on recommending Clinton for prosecution in EmailGate, which reeks of dirty Washington politics. Why has the FBI now let her off the hook for her role in the compromise of extraordinarily classified American intelligence? Any normal citizen who put compartmented SIGINT on the open internet would be frog-walked into federal custody without delay.

The public has a right to know how Top Secret/SCI and GAMMA intelligence, some of our country’s most tightly guarded secrets, wound up in Sid Blumenthal’s hands, quickly. It’s unpleasant to besmirch the dead, but if Tyler Drumheller was the source of this purloined NSA information, we need to establish that—including where he got it from. And if Blumenthal’s conduit here wasn’t Drumheller, then who was it?

This is important because if Hillary Clinton becomes our next president—which at this point looks more likely than not—we can be certain that her trusty sidekick Sid Blumenthal will have an important role in her White House, no matter what his ostensible job title may be. The American public needs to know the full truth about EmailGate, especially regarding its compromise of highly classified information, before our fast-approaching election. 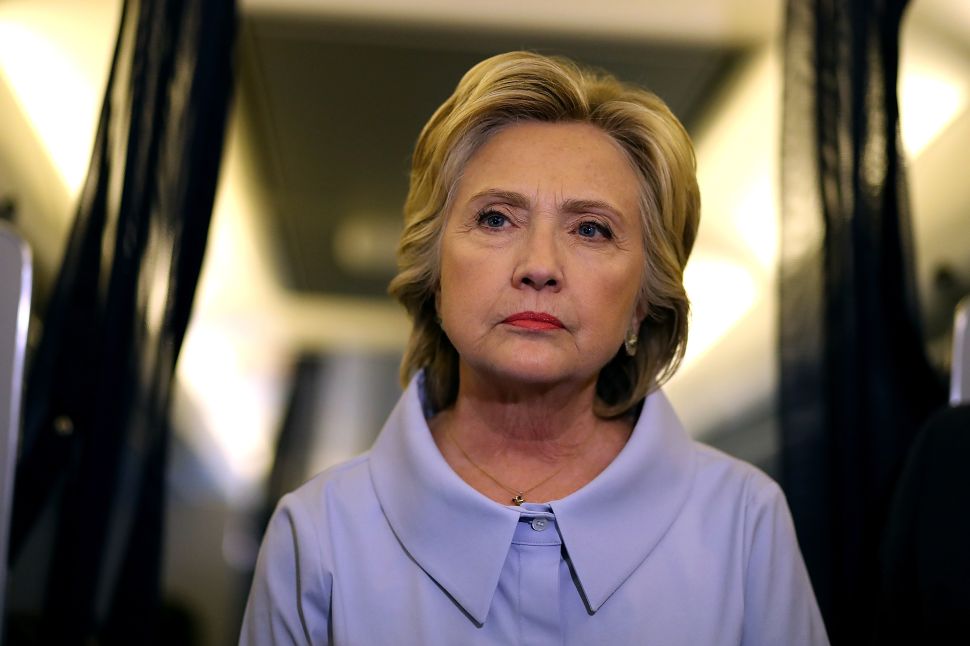