The biggest news to come out of Wednesday night’s candidate forum was not anything said by either Democratic presidential nominee Hillary Clinton or Republican nominee Donald Trump.

No, the biggest story of the night was how NBC host Matt Lauer allegedly failed at his job as a journalist. Lauer, who has been a journalist since 1979, who has co-hosted The Today Show since 1997, who was live during the September 11, 2001 attacks on the World Trade Center, and who has won numerous Emmy awards for his coverage.

Suddenly, Lauer is garbage, no better—in the eyes of the mainstream media—than some basement-dwelling right-wing blogger.

His sin? He allowed Trump to speak during the candidate forum, and didn’t press the Republican presidential nominee on his answers to the liking of the liberal media. This morning, I detailed the extent of the hate being spewed against Lauer by his colleagues in the mainstream media.

And it’s not letting up. The New York Times editorial board wrote on Friday that moderators should do more than ask questions and let candidates answer—they should engage in rigorous (probably NYT-approved) fact checking.

The Post is mad at The Times, and everyone has decided that Lauer is the problem.

“There will be many issues to explore at the three presidential debates,” the board wrote. “For the sake of the nation, the moderators need to be fully prepared to challenge the candidates, so voters can have a clear picture of how they will lead.”

The editorial board breathlessly praised Clinton’s performance, and her “firm understanding of the complex issues facing the country.” Yet it derided Lauer for focusing so much attention on her email scandal (which the NYT broke). The mainstream media wants Clinton’s email story to go away, clearly.

Also on Friday, The Washington Post editorial board wrote an article titled: “The Hillary Clinton email story is out of control.” The crux of their argument is that the email scandal—in which Clinton either purposefully or incompetently mishandled classified information, making it likely U.S. secrets were hacked by foreign governments—is much ado about nothing.

Clearly, the mainstream media is panicking about Clinton’s drop in the polls. They’re lashing out at each other. The Post is mad at The Times, and everyone has decided that Lauer is the problem. Lauer’s own employers are calling his performance a “disaster.”

It seems obvious they’re all just upset that Trump hasn’t said or done anything to take the heat off of Clinton’s two weeks of bad news coverage. Previously, whenever bad news broke for Clinton, Trump was there to say or do something outrageous that would suck up attention and allow Clinton to skate scrutiny. That has changed since Kellyanne Conway became campaign manager, Steve Bannon of Breitbart News became campaign CEO, and Jamestown Associates (full disclosure: a group I am collaborating with on a documentary) took over communications.

Desperate to hold up their historically terrible candidate (second only to Trump himself), the media is now using Lauer as a scapegoat and sending a warning to debate moderators that if they don’t step in and do everything they can to sink Trump’s candidacy, they will be pariahs in their profession.

But we saw the disasters that ensue when journalists step in to help a particular candidate. In 2012, Candy Crowley helped President Obama during a debate against Mitt Romney. Romney said it took Obama two weeks to call the Benghazi, Libya attacks an “act of terror.” Obama said he called them that the next day. Crowley stepped in to say that Obama was correct—but the moment was debated in the following days.

Moderators have enough bias problems already. Depending on what questions they ask to what candidates, their biases show. If they’re now required to fact check candidates, there will be an even bigger problem. How many debate moderators are going to fact check Clinton on her many, many email lies versus how many would fact check Trump on his statements? 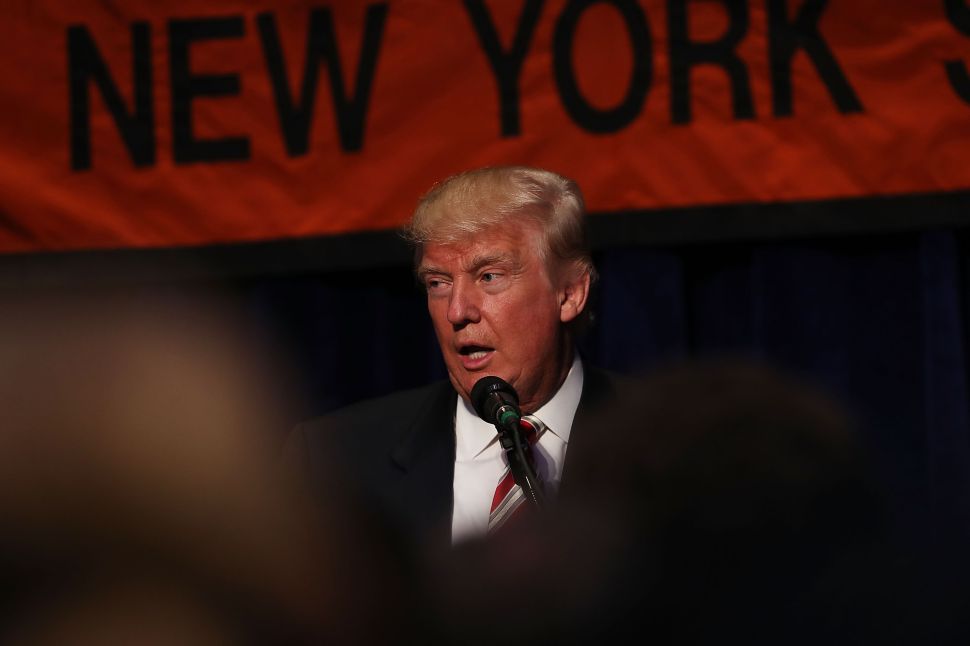