After three hours of interviews, I was the last lucky guest to speak with football superstar Tom Brady this morning as he announced his latest campaign as the face of Ugg for the sixth year in a row. “We were in Los Angeles, it was just a day, no wait two days, actually three days,” he struggled to recall of his days on set for the ads. “It was three days,” a publicist interjects. “It was in L.A., and a lot of fun,” he continued. “I’ve been working with Ugg for six years, so we’ve done some different campaigns of the years. This one was fun, because we got some other guys involved.” In addition to Brady, the purveyor of ultra comfortable footwear also tapped Jeff Bridges, to star alongside each other in a campaign entitled “Do Nothing.” The campaign includes one hilarious television spot in which a sleeping Brady is startled by Bridges strumming on his guitar. See the full version here: https://www.facebook.com/TomBrady/videos/1238458749528606/

His style essentials revolve around this ultra comfortable “do nothing” attitude. “I like a blue blazer, green and blue striped tie, white shirt, white pants,” he first said when asked of his style essentials, poking fun at my own outfit. “No, but really, whatever is comfortable.” Surely, that must include a pair of Uggs? “Hell yeah,” he said, grabbing a pair to his left. “Look at this thing! Is that comfortable?” I couldn’t argue, they did look comfortable. This extends to his hair, which he received much criticism for given its resemblance to a 90s heart throb. As we sat across from each other, I noticed it had become noticeably much shorter. “It was long, and I just got tired of it being long,” he said. “I got tired of the maintenance, conditioner. Like, when you cut it short and it’s football season, it’s so easy.”

Despite his love for off-the-clock relaxation, the man is not one to shy away from a night that requires more than a pair of shearling slippers, and that includes the Met Gala. “It’s been a few years since we’ve gone, but it’s always a fun night,” he said. “It seems like it’s just gotten bigger and bigger. I went for the first time probably 13 years, and it was relatively small. It’s a fun night, because I get to dress up in a nice suit and take my wife out.”

He plans to be off the party circuit over the next several months though, as he prepares for his 14th season as the starting quarterback for the New England Patriots. “It’s a lot of workouts, and trying to stay sharp,” he said. “I try to focus on what I can control, and do the best I can do to go out there and get ready to kick some ass.”

Breakfast with champions 🏆 Thanks @Ugg! 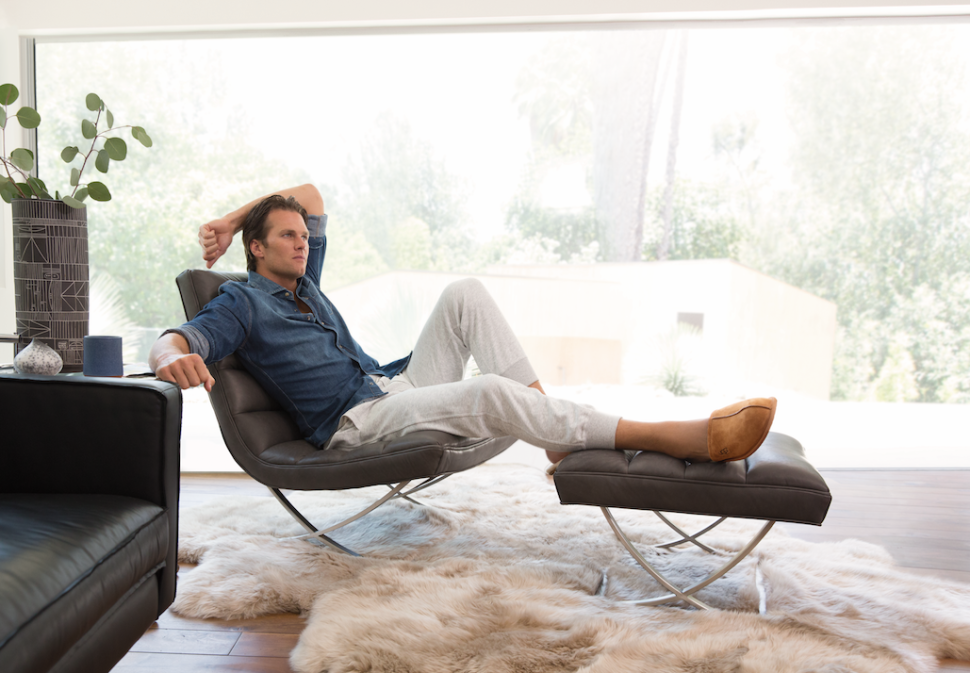