Unlike the powers-that-be charged with running New York City, you and I can be realistic. Intentionally placing two live bombs set to explode and intended to commit mass murder in a populated center of the most recognized city in the United States is terror. It does not matter if the perpetrator is part of a group or a lone wolf; it doesn’t matter if you are fighting for Islam or animal rights or if you are an anarchist. The definition is plain and simple. Using violence or the threat of violence to achieve a political end is terror.

The only time it is not called terror is when you want to keep the masses calm. Then you rely on antiquated definitions by the FBI and Justice Department. But those days are long gone.

When the bomb injuring dozens of people exploded in Chelsea on Saturday night and a second unexploded bomb was discovered a few blocks away, New York City’s Mayor De Blasio said it was “intentional,” but he added, “there is no evidence at this point that there is a terror connection.” He also said that “there was no credible specific threat to New York.”

Our democratically elected leaders insist on hanging on to the misconception that it is not terror if the perpetrators are not part of an organized, recognized, terror group.  And in New York City right now, they are sticking to that story.

NYC is always a high-profile target. In the mindset of terrorists, 9/11 is a very important day to commemorate. An attack within a week of 9/11, an attack within easy walking distance of ground zero, fits the criteria of a perfectly targeted and perfectly timed attack for all terrorists loosely or more organizationally affiliated with the ideology of ISIS or Al Qaeda. Not to mention that the area was given wide public attention when candidate Hillary Clinton left the 9/11 Memorial to recuperate at her daughter Chelsea’s apartment—which is located in the Chelsea neighborhood.

Our leaders want to package terrorists into nice neat boxes. So they conclude that if a terrorist is not a member of a terror group the violent act they perpetrate is not considered terror.

Lone wolves or small groups by their nature do not communicate with a central command, and they are difficult to detect and monitor. ISIS and Al Qaeda know this all too well. That’s why they have repeatedly said that they no longer want recruits to travel to Syria and Iraq to fight. ISIS and Al Qaeda say that followers will be more effective if they attack in their homeland. And their message is being heard. It has been the model in Europe and now in the United States.

Our leaders want to package terrorists into nice neat boxes. So they conclude that if a terrorist is not a member of a terror group the violent act they perpetrate is not considered terror. The obvious example is the terror at Fort Hood, officially classified as workplace violence.

Even more poignant is the Orlando terrorist. The perpetrator was actually on the phone with local media bragging that he was part of ISIS and explaining that his actions were motivated by a need to defend Islam. He even repeatedly chanted the Islamic terrorist battle cry: “Allahu Akbar.”  Yet, the U.S. Attorney General still responded by saying, “We may never really know the motivation behind the attack.”

Unlike the AAA—ISIS does not issue membership cards nor do they vet people. All they ask is that you watch their videos, read their material and share it with others. The multimedia platforms give prospective terrorists all the tools one needs to self organize and to create the bombs and plans necessary to perpetrate an attack. That is all the Boston Marathon bombers had at their disposal when they planned and carried out their horrific attack.

This notion of membership in a terror organization is pre-World Wide Web and certainly pre-Black Web.

No one has yet to claim credit for the attack that shook Chelsea. But someone will, or maybe more than one person or group, eager to get on the terrorist bandwagon will.  Even if it turns out that this is not Islamic terror—it is still terror.

That’s a reality we have to live with—even if our leaders won’t. 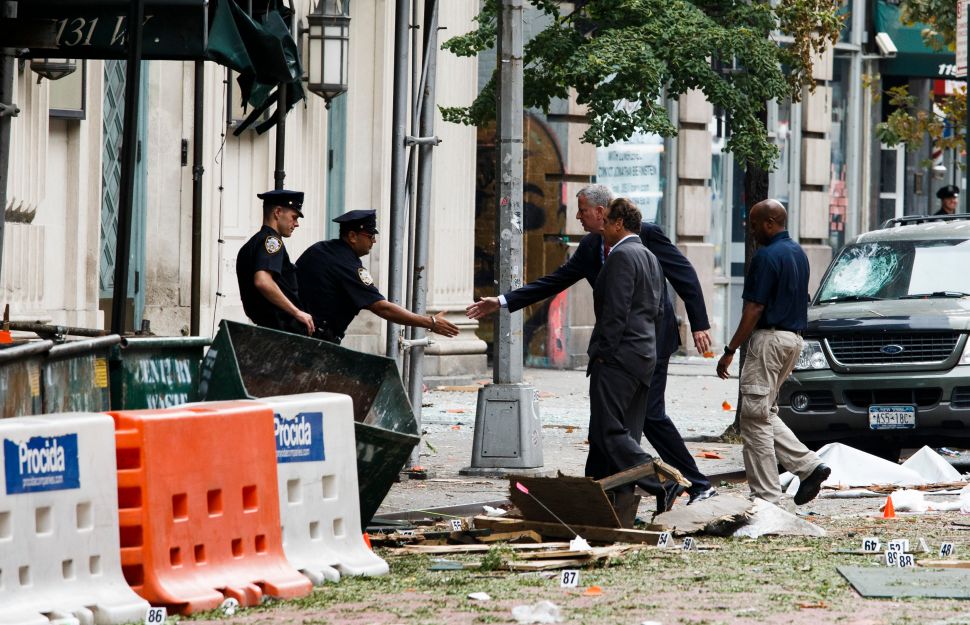