Oh, good, another show about legal proceedings. But wait! This is something different – it’s about a trial consultant who advises clients about how to choose and influence a jury. If you think that’s going to make this series something special, you may need some analysis of your own.

The sort of aptly named series Bull, (as in, “This is a bunch of bull”) features Michael Weatherly as he plays Dr. Jason Bull who runs the Trial Analysis Corporation, in which he and his staff investigate the backgrounds of jurors, looking for people they can manipulate using prejudices and emotions those individuals might not be aware they possess.

That staff includes the procedural prerequisite types – the sharply dressed neuro expert, the can-get-any-info investigator, the funky millennial hacker and the quippy stylist. Unfortunately, none of them stand out in the premiere episode for anything other than their ordinariness and the obvious necessity of their inclusion on the team.

For those viewers who love courtroom settings, you get a bonus here as one T.A.C. team tactic is to assemble a mock jury, filled with ‘mirror’ jurors, to simulate the real trial in a controlled setting. So it’s two courtrooms for the price of one! If you’re only a mediocre fan of on-screen legal tussles, be aware this double dose might be overload for you.

The series is based on the early career of Dr. Phil McGraw, yes, that Dr. Phil – current folksy TV psychologist. Before starring in his own show, McGraw trained in forensic psychology and served as an officer of the court. (To be clear, McGraw is not a medical doctor, but a Doctor of Psychology.)

The opening episode features a flashy crime – a young woman’s body washes up on a beach after an evening on a private yacht. The wealthy son of the family who owns the yacht is charged with the crime. Bull is brought in to help secure an acquittal for the young man.

But is he really innocent of the crime or just reaping the rewards of his family’s ability to pay for the best defense?

This question is sort of lost amid Bull’s desire to “win” the case. The guilt or lack thereof is, in a way, resolved at the end of the hour, but it begs the question – will all of the future cases feature only those people who can afford to pony up big bucks for the services of Bull and his crew (and thus finance their slick office set-up as well)?

And, will Bull win every time? If not, is he still considered good at his job?

Because legal dramas and procedurals are a popular brand for CBS, people who like the network’s current offerings might enjoy Weatherly as the smug title character and the encapsulated cases, but if these aren’t the factors that figure into your favorite shows, you may not want to sign up for this tri-ing experience. 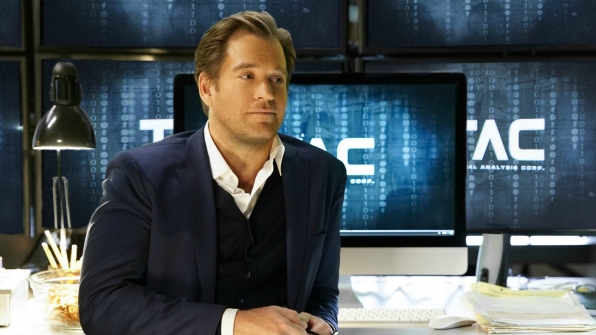