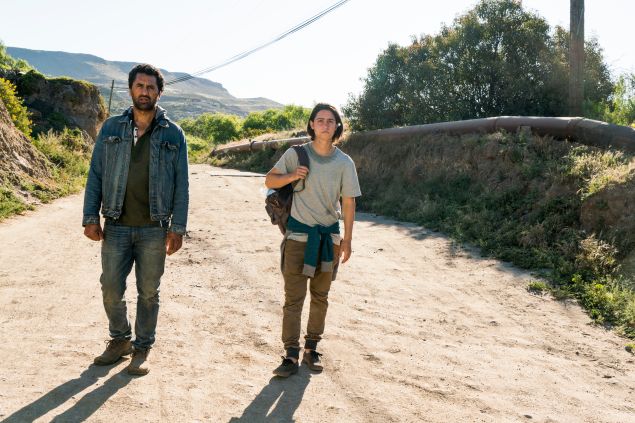 “The end times made us gods” post-apocalyptic douche-bro Brandon tells Travis, as their pick-up truck speeds down a highway empty of cops, speed limits or rules, man. Travis isn’t buying it, but his son Chris–in the front seat soaking up epic stories of fat bottom girls and cheekily placed lipstick–seems to have bought into Brandon’s philosophy. Which, despite being riddled with flaws, is actually an interesting idea, one I’m surprised The Walking Dead universe doesn’t explore often: the chance that despite the ever-present terror of death and despair, the end of the world might occasionally be really, really fun.

It actually reminds me of a scene from season one’s “Cobalt”, in which Chris and Alicia break into a mansion and smash some expensive shit because hey, our loved ones our rising from the dead as brainless monsters and eating chunks of our face-flesh, so why not? And it’s an interesting parallel, to look back at the characters Alicia and Chris were back then, compared to who they are in “Do Not Disturb”, and to see what these kids have done with the unbridled, unexpected rush that comes when freedom mixes with fear. Alicia turned it inward, became resourceful; she’s climbing down elevator shafts and over hotel balconies not for the thrill, but out of necessity. Chris did the opposite, turned his reaction outward. For Chris, treating his zombie-kills like an arcade game he needed to keep track of, combined with the sophomore-year-of-high-school high that comes with being accepted by the older, cooler kids, inevitably led him to taking his first un-undead life. (That’s a living person, for those keeping score at home)

For better or worse, that’s always been this show’s bread-and-butter. The characters move forward, endlessly shuffling like the monsters that surround them, whether that physical or emotional progression is earned or not. Take the bulk of this week’s episode, devoted to Chris and Travis. Travis, who at this point is a raging spiral of ever-changing character motivations, has it in his head that he and Chris can find a nice house on the prairie, somewhere with a well, and begin life anew. Yes, there are endless hordes of the undead in every corner of the Earth, and yes, this means essentially abandoning Madison and Alicia, but this place will have a well! And crops, preferably!

And wouldn’t you know it, the farm Chris, Travis, and their new buddies find way off the side of the road has all that and more. This is the kind of manufactured plot-development Fear loves so often to play off as natural, or at least mysterious, that it takes the wind out of most of its big moments. Episode writer Lauren Signorino presents the closing moments–Chris killing the farmer owner in cold blood, Travis’ shell-shocked reaction–as a major turning point in Fear‘s narrative, but it comes off as more of one more bullet point that needed to be hit. Cliff Curtis is a fine actor, but at this juncture I can’t tell if he’s playing fatigue or just tired of constantly having to pretend Travis still doesn’t understand how this world works.

At least over at the zombie-infested hotel, the manufactured stakes are punctuated with the set pieces this show runs through so well. Not that I actually thought Alicia would die–this show saves its big deaths for premieres and finales–but there was just something aesthetically thrilling about the gold lighting that illuminated Alicia’s climb up an elevator shaft. Unfortunately, she climbed right up into another colossal waste of time.

Looking back, was there a point to introducing hotel manager Elena besides an opportunity to include that (admittedly terrifying) wedding scene in the cold open? Because the entire predicament lived or died on the chance Madison and Strand were dead, a problem that just sort of fizzled in the closing minutes when it turned out they were just fine. They were drunk and completely surrounded by the dead last week but nope, they’re fine. As is Elena’s nephew, who we should totally care about despite barely knowing what he looks like.

That’s the thing — Fear the Walking Dead has a habit of asking us to care VERY MUCH for characters and situations we care about VERY LITTLE. Elena’s nephew. The farm owner who Chris shot. Any idea Travis has ever had. It’s a perfectly entertaining, occasionally visually brilliant series that, unfortunately, has stakes thinner than the elevator cables that saved Alicia’s life.

If you want this point clearly illustrated, look no further than the moment in “Do Not Disturb” in which Alicia offs a zombie with the exact same hair as Madison. It’s quick, it’s cheap, and ultimately it meant nothing to anything or anyone. Even Alicia shrugs it off, as if ten full seconds of believing her own mother had been turned into a soul-less hell-creature was nothing more than another annoyance. If no one on Fear the Walking Dead fears the walking dead anymore–or anything, really–why should we? 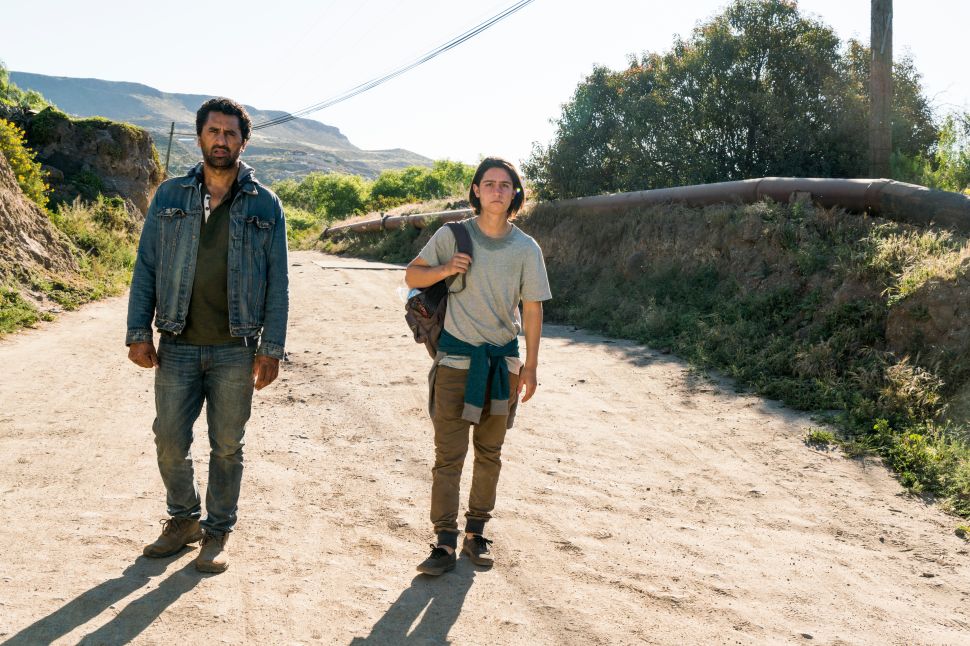