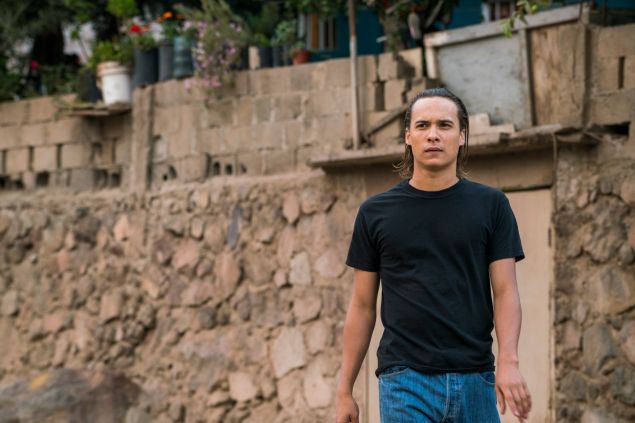 Last week, my  recap devolved into a bit of a rant, tirelessly describing the ways Fear the Walking Dead is shootings itself in its own rotting foot by constantly having characters rub infected blood on themselves and walking through hordes of the undead like it’s a casual Sunday jaunt through the mulberries, and not a soul-destroying terror-trip into certain, gore-filled death. You are devaluing the very title of your show by treating the zombie virus like a sunburn that can be avoided by reapplying lotion every two hours (or one, if you’ve been swimming). So, of course, “Pillar of Salt” came crashing right out the gates by having Francisco…rub some infected blood on himself and his family so they could walk out of Colonia worry-free. I half-expected those drug-dealers that eventually stopped them to stick a gun in Francisco’s face and whisper “Don’t worry, this doesn’t even have any bullets in it”, because who needs dramatic tension!

But…whatever. Whatever whatever whatever you couldn’t pay me, at this point, to care about all the little things Fear the Walking Dead is doing wrong, which is a hell of a thing to say because Donald Trump’s son-in-law is literally paying me to care about Fear the Walking Dead on a weekly basis. But we have bigger issues to worry about here, like the nearly-impressive way this episode managed to be boring and nonsensical at the same time.

The episode-description I got along with the episode read simply “Madison lays down the law”, because I assume “Madison acts like a fucking lunatic and says a whole bunch of contradictory babble-nonsense, but so does everyone else so ¯\_(ツ)_/¯” doesn’t fit on the marquee. For one, we have the fallout to Strand mercy-killing the bride formerly known as Jessica last week, which amounted to Jessica’s mother Eileen giving Strand the most half-hearted stab on television since You’re the Worst‘s season 3 premiere. Bless Colman Domingo, though, for putting every ounce of his stage experience into Strand’s reaction to being gently poked in the side with a knife. “Oh….Madison….OH!” If we lose Strand, we lose pretty much the last bit of life this show has.

But no, this leads to the aforementioned laying down of the law by Madison, who decides, nay, decrees that Eileen remains locked up for the time being. “It’s that,” she says, “or we put her on the street.”

Okay, fair. But then more laying down of more law from Madison: “If anyone raises their hand to another, they’re out.”

So…we locking people up or kicking people out, Madison? Honestly, whatever. Whatever whatever whatever this leads to a quick trip down to Tijuana for Madison and Elena, to the criminal-ran supermarket, for the tools required to keep Strand alive. Francisco is there, too, hella against his will, and Madison overhears discussion of a “gringo with ratty hair” from Colonia who “brings them drugs.” Based on this tenuous yet hilariously spot-on description of Nick, Madison barges into the “employees only” area of the murder-warehouse to get the low-down / almost completely ruin the trade that would save Strand’s life.

Quick break, to check in on what’s happening in Colonia. Nick’s Spanish lessons are going very well, because instead of learning Spanish he is just having inexplicable sex with Luciana who acts like she hates him a whole lot most of the time. Meanwhile, Alejandro is losing his grip over Colonia, and decides to take a page out of the Madison Clark Playbook by laying down some serious law: “Nobody leaves the Colonia…until I say differently.”

Which is nottttttt a great time to lay down that particular law, because the supermarket drug-dealers–who definitely need a catchier title like The Wolves and Terminus and all them–have located the Colonia. We know this because they are spying on Colonia using binoculars, from a distance not nearly far enough away to justify binoculars. I mean, Nick straight up saw them with his two eyes and that dude did heroin for a bunch of years. Either way, I’m excited at the prospect of a murderous, violent group of survivors invading another group of survivors that is peaceful but has secrets, a turn of events completely unheard of in the Walking Dead universe.

Back to the hotel, where Madison is so convinced the greasy white drug addict is her greasy white drug addict, she activates the Rosarito’s neon sign like a beacon. This is the “get tequila drunk and smash glass against the wall during the zombie apocalypse” of this week. There is one of those every week. Alicia is…pissed, because Alicia is always justifiably pissed over something. Madison responds with, “You don’t understand. Your child is always your child.” There are not enough words in the English language to explain how little that sentence fits in the context of the scene, that conversation, the overarching story or reality. It’s just nine words that happen to come one after the other. It’s almost like a writer put that line in the script solely as a transition into a farfetched plot develop–

–hey, it’s Travis! Travis sees the sign, and begins his long, bearded trek to the hotel and what’s left of his family. You may remember, Travis is going through a bit of a “Your child is always your child” issue himself, because Travis’s child is Chris, and Chris straight up shot a guy. 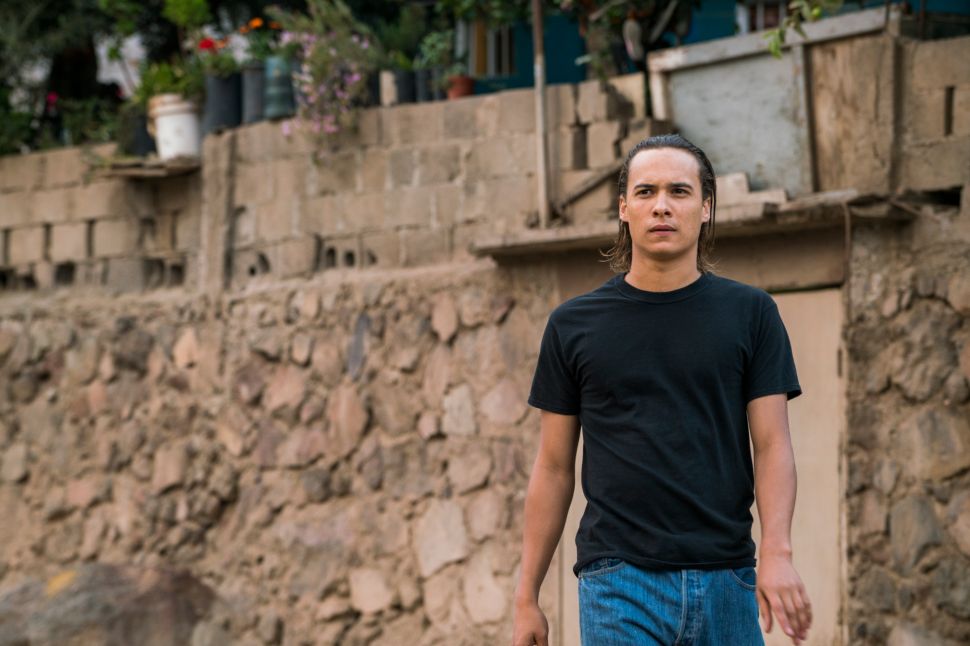