On September 8, NASA launched the Origins, Spectral Interpretation, Resource Identification, Security, Regolith Explorer (OSIRIS-REx) spacecraft which will explore the asteroid Bennu, located just inside the orbit of Mars. It is expected to arrive in 2018, where it will then obtain a sample to bring back to Earth.

Like other asteroids, Bennu is thought to have been created soon after the formation of the sun, with its composition perhaps able to provide scientists with a glimpse into the chemistry of the early solar system.

The mission will also provide much-needed insight into how best to protect Earth from future life-threatening asteroid impacts. Bennu itself is a potential hazard to Earth. “There is a very low probability it will hit us, and it’s not expected to have a close approach until 2175 to 2199. However, there are hundreds of thousands, if not millions, of asteroids and other objects that have yet to be discovered, so OSIRIS-REx on the way to potentially hazardous asteroid Bennu is an example of how we can test our space skills at deflecting an actual object in the future,” former astronaut Dr. Thomas Jones told the Observer.

Jones chairs the Committee on Near-Earth Objects of the Association of Space Explorers, an organization for all the astronauts and cosmonauts around the globe. “The OSIRIS-REx mission will map one of these hazardous objects, learn more about the structure of a typical near-Earth object, and the possible engineering techniques there are to deflect it,” he said.

Asteroid Day is celebrated annually on June 30, the anniversary of the largest impact in recent history, the Tunguska event. In 1908, an asteroid believed to be between 50 and 100 meters in diameter destroyed 2,000 square kilometers of forest in Siberia, producing 185 times more energy than the nuclear bomb that was dropped on Hiroshima in 1945. As a means to organize experts to meet the need for early detection of threats to Earth, Asteroid Day was founded by astrophysicist and guitarist for the rock band, Queen, Dr. Brian May, along with Apollo 9 astronaut Rusty Schweickart, Chief Operating Officer of the B612 Foundation Danica Remy, and film director Grigorij Richters.

“Big answer, big picture is we are 100 percent positive Earth is going to be struck again by an asteroid, and those range from small to large. If we do nothing, we are bound to be hit eventually by an asteroid that is damaging enough to destroy civilization. We have to deal with that reality first of all,” explained Jones, who serves on Asteroid Day’s expert panel. “Now that’s not likely for a long time because the probability of a global civilization-ending event would occur every few hundred thousand years — on that order of time  — so you know we’re not talking about extinction, we’re talking about something that can knock down our ability to produce food for the world’s population. If we had an asteroid that was bigger than a kilometer in size strike the Earth, that would throw enough dust into the atmosphere to cut off photosynthesis, collapse the growing season, and billions of people would starve to death which could lead to societal breakdown.”

NASA and a few partners around the world have detected and catalogued the majority of asteroids one kilometer in diameter and larger that could potentially strike Earth in the future, though roughly 5 percent of this asteroid population has yet to be found, according to Jones. “In my mind, the largest hazard remaining is the smaller ones, those that are about 100 to 150 meters across, and those could do regional damage. One could destroy several states in the U.S. for example, and those objects number in the tens of thousands. We certainly haven’t found all of those, so we need to be looking and Congress has asked NASA to look for objects down to 140 meters and larger. That program is ongoing but we haven’t even scratched the surface on that.”

Even smaller asteroids still pose the risk of wiping out a metropolitan area in a collision with Earth, and out of more than a million, only about 1 percent have been discovered so far. “There are, let’s say 990,000 asteroids unfound that could wipe out a city-wide area and not all of them are on a potential collision course with Earth, but we don’t have enough knowledge to rule that out. Those impacts, a city-destroying impact like Tunguska back in 1908, can occur every 500 years or so. We need to keep our eyes open, and do a much better job searching for hazardous asteroids on the small end of the scale, if we’re to lay our heads down easily at night.”

Jones cited four possible technologies that could be utilized to deflect an asteroid on a potential collision course with Earth. There are nuclear explosives, though only a small percent of deflection cases would require their use, and testing them in space poses risks and difficulties in acquiring approval. For smaller asteroids detected at least ten years ahead of a predicted collision with Earth, a gravity tractor can be used where a spacecraft hovers over an asteroid, with the mutual gravity gradually moving the asteroid out of its collision course over several months. “Probably the most talked about of them all is kinetic impact, and that’s just firing a high speed bullet into an asteroid,” said Jones. “You hit it at such a velocity that it transfers momentum, and thus changes the speed of the asteroid, where it misses its appointment with Earth because you changed its orbital velocity around the sun.”

Jones also noted that directed energy has been cited as a possible solution, in which solar energy is collected to power a laser beam, vaporizing rock on the asteroid; these puffs of vapor act as little rocket engines, shoving the asteroid forward or slowing it in its orbit to avoid colliding with Earth.

For the past couple of decades, Jones and the Association of Space Explorers have been working with the United Nations to deal with the hazards posed by asteroids. One of the UN-approved international groups, the Space Mission Planning Advisory Group, is comprised of cooperating space agencies now looking at potential mission plans, and what technologies should be applied to a given asteroid. “We’re actually planning how to deal with these asteroids on an international basis,” said Jones, “and I think the whole point of Asteroid Day, and getting it acknowledged by the United Nations, is to bring attention to the fact that the whole key to preventing a future impact, the biggest step we need to take, is to detect the asteroids before they come close to us — find them early.” 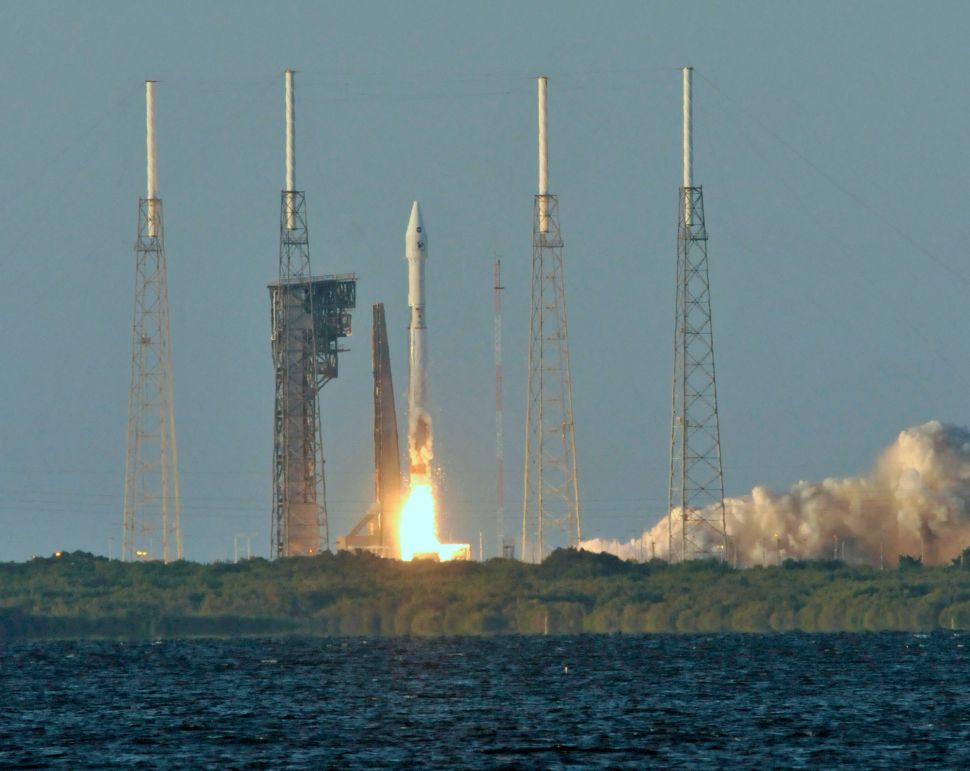