Hillary Clinton’s State Department has been revealed to be indefensibly unethical. From the Clinton Foundation’s pay-to-play to the highly questionable defenses Clinton used during her FBI investigation, the extent to which similar dirty politics were used to help her win the Democratic primaries merits further attention. After the releases by Wikileaks and Guccifer 2.0, the role in which Nevada—a crucial early voting state—played in stopping Bernie Sanders’ surge against Clinton is brought into light. The undemocratic nature by which Clinton won the Democratic primaries sets a dangerous precedent.

On September 15, former Congressional candidate in Nevada’s fourth district, Dan Rolle, took to Twitter to explain how, starting in 2012, the Nevada Democratic Party began changing the state’s voter registration system as a means to rig the caucuses for Clinton. Most state Democratic parties—including Nevada—moved to NGPVAN database systems, which Rolle says facilitated the monopolization of voter data in favor of Clinton.

“So now, if you are @HillaryClinton and you have @NGPVAN, you know everything about every democrat. Including who WON’T vote for you,” Rolle tweeted. “So how do you fix that? Simple. Vote Builder. A piece of software that can change the state voter file. And you do that with: @NGPVAN”

Rolle attended a fundraising call before the Nevada caucuses, between Clinton Campaign Manager Robby Mook and Nevada Democratic Party donors who were worried she would lose the state, as 70 percent of newly registered voters were expected to support Sanders. According to Rolle, there was a meeting with donors in New York leading up to the Nevada caucus, where donors threatened to pull out.

“I met with Nevada Democratic Party executive board members who told me they were aware of caucus members being bussed in from California,” Rolle told the Observer, noting there were significant discrepancies with the Nevada Democratic Party’s voter file. “When I pressed on the accuracy in the voter file, I was told ‘it’s garbage’ by an executive board member.”

Over the course of Rolle’s campaign for Congress in Nevada this year, his team found anywhere between five to 10 percent discrepancies and higher in the voter file. “You reach a point, statistically, where if you say, ‘Hey, we are running for congress and 20 percent of this voter file is garbage.’ On the voter file, names were incorrect, phone numbers didn’t work. So you call someone on the file and they say, ‘That’s not me’ or ‘I moved three years ago.’ One or two of those you expect—but 15 in 100 calls? That’s election swinging right there.” Clinton defeated Sanders in the Nevada caucuses 52.6 percent to 47.3 percent, a margin lower than the accuracy of the voter file.

The process for recording results at the Nevada caucus was unreliable and easily subject to manipulation. The Young Turks’ host Jimmy Dore posted a video on Youtube shortly after the Nevada caucuses, pointing out an inept chairman of a caucus site in Las Vegas. Dore narrated as the chairman forgot to nominate delegates to go to the state convention after tallying the vote, and let people caucus who weren’t registered. A separate video posted on Youtube revealed unregistered Clinton supporters entering a caucus site in Nevada.

“The process of recording results from the Nevada Caucus just involved a person (usually sent out there by the Nevada Democratic Party) entering the results into a website on a phone. No cross-referencing. No validation. You have people entering, voting, and leaving before business concludes, with no verification.”

Rolle confronted the Nevada Democratic Party about the disorganization and lack of communication at several Nevada caucus sites. “I was told, ‘We are working on it, we are learning.’ Not ‘there isn’t fraud.’ ” Rolle noted that the Nevada caucuses could have easily swung one or two delegates at several different sites, swaying the state in Hillary Clinton’s favor.

Senate Minority Leader Harry Reid played a major role in tipping the Nevada caucuses in favor of Hillary Clinton. Reid, who maintained neutrality until shortly after the caucuses—at which point he endorsed Clinton—called in favors to casino owners, asking for workers to be sent to caucus sites in Las Vegas. “If Harry Reid is going to push the needle with union workers going to the polls (on paid time), Nevada is the state to do it,” Rolle added. The Culinary Workers Union, for example, did not intend to participate in the Nevada caucuses—until a call from Reid to the union’s leader changed their mind.

Following the caucuses, 64 of Sanders delegates were rejected at the Nevada State Democratic Party Convention by a board chosen by Clinton. The delegates would have given Sanders an edge. Roberta Lange, the state party’s chair, denied a recount of delegates and ended the convention at her own discretion, therefore breaking the party’s own rules to ensure Clinton received more delegates from Nevada than Sanders.

While Sanders supporters were understandably outraged, biased mainstream media coverage portrayed them as violent. Some went so far as to falsely claim Sanders supporters threw chairs in protest—a narrative Wikileaks proved the DNC staff intentionally pushed to discredit the Sanders campaign. The allegations were eventually debunked, yet The New York Times, among other publications, failed to publish retractions or make edits to correct the story.

What happened at the Nevada State Convention is essentially a microcosm of the entire Democratic primaries. The Democratic Party leadership breaks, bends and circumvent the rules to help Hillary Clinton—and when Sanders supporters protest, mainstream media outlets attack.

The victory Nevada Democrat officials were able to squeeze out for Clinton enabled the media to continue portraying Bernie Sanders as the “unrealistic” underdog in a Democratic primary that belonged to Clinton before a single vote was cast. 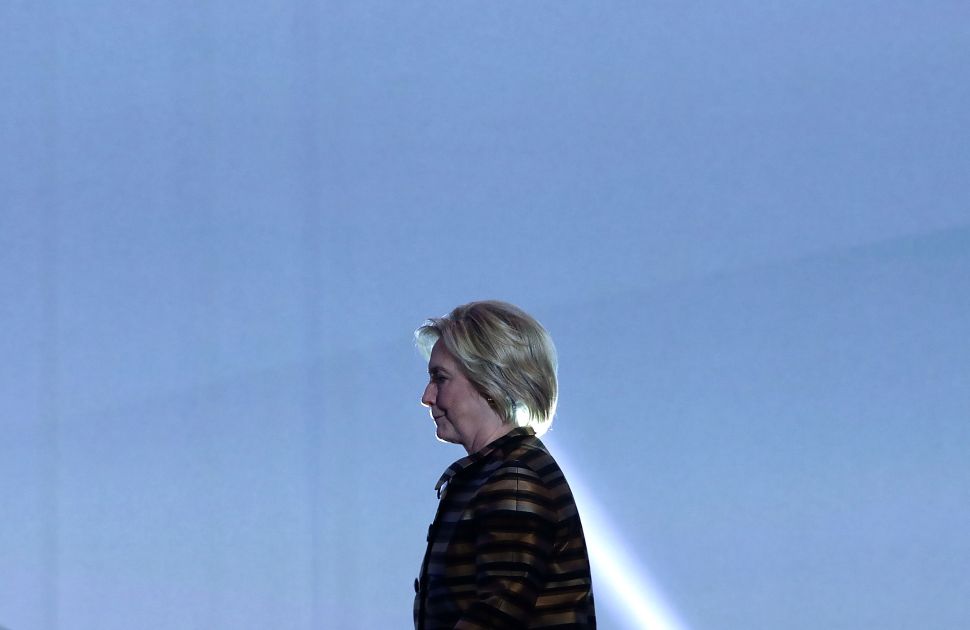