NEWARK – Fort Lee Mayor Mark Sokolich took the stand on Tuesday as one of the first witnesses called to testify in the George Washington Bridge lane closure trial. During his testimony, Sokolich recounted his version of the events that led up to the Sept. 9 though Sept. 12, 2013 change in access of three lanes previously reserved for Fort Lee area residents to enter the GWB. That unexpected lane change spiraled into gridlock for the small, densely populated borough and created roads impassable to emergency vehicles, school buses, police and general commuters, according to Sokolich.

According to Port Authority officials at the time, the lane changes were part of a “traffic study.” However, two of Governor Chris Christie’s top associates—former Deputy Chief of Staff Bridget Anne Kelly and Port Authority Deputy Executive Director Bill Baroni—are currently facing charges that the lanes were closed as part of a conspiracy to enact political retribution against Sokolich for a failure to endorse Christie for his 2013 gubernatorial reelection campaign.

The line of questioning for Sokolich began when Assistant U.S. Attorney Vikas Khanna had Sokolich recount events well before September 2013. During his testimony, attorneys had Sokolich chronicle his early relationship with Baroni before he was fired from the Port Authority following the lane closure scandal. The government presented a photograph depicting Sokolich and Baroni at a guided tour of the new World Trade Center site while it was still under construction. According to the mayor, prior to the events of September 2013, he had a “very good” relationship with Baroni and that the official had always been responsive.

Questioning also touched upon Sokolich’s interaction with now-cooperating witness for the prosecution David Wildstein, another figure at the heart of the Bridgegate case. According to Sokolich, he made a second visit to the World Trade Center with relatives. It was during that visit that Sokolich and Wildstein became acquainted for the first time. In Sokolich’s recollection, Wildstein told him on multiple occasions during that first meeting that he was “the guy [they] had to impress.”

Sokolich’s testimony also touched upon the mayor’s relationship with the Governor’s Office of Intergovernmental Affairs. He said that he  communicated with Christie aide Matt Mowers on a monthly minimum basis in order to discuss the mayor’s support of certain initiatives like the “Governor’s Toolkit.” Sokolich said that he and Mowers developed a strong relationship and that the aide often invited him to private events involving Christie such as Giants games in the governor’s private box, lunch at the governor’s mansion, invitations to holiday parties and what Sokolich described as “VIP” seats for Christie’s budget address. However, according to the mayor, the nature of the relationship changed in 2012 after Christie set his sights on a reelection bid for New Jersey Governor. At that point, the mayor said conversations between him and Mowers shifted to discussions of Democratic officials who had endorsed Christie (including the likes of Essex County Executive Joe DiVincenzo) and whether or not that would be something that Sokolich, also a Democrat, would consider. According to the mayor, he officially said he would not endorse Christie in “late summer” 2013. The lane closures occurred in September of that same year.

When Sokolich was asked to elaborate on that sentiment further, he said: “The only possible cause of this was that someone was mad at me and that is what I was getting at.”

Prior to September 2013, Sokolich said that he had regularly been in contact with Baroni and that “Bill was always responsive.”

While Sokolich endured over two hours of questioning, the mayor will return on Wednesday to continue his testimony.

The mayor was not the only Fort Lee official to testify on Tuesday. Fort Lee Police Chief Keith Bendul was the first witness brought to the stand.

During Bendul’s testimony, the chief emphasized that prior to September 2013, the Fort Lee Police Department had always had a close working relationship with the Port Authority. As evidenced by letters and emails presented by attorneys, it was normal operating procedure for the department to receive notice from Port Authority of any maintenance or traffic study (including one in July 2013, fewer than two months before Bridgegate) that had the potential to change the flow of traffic from Fort Lee over the George Washington Bridge. However, according to Bendul, the notice did not come in September 2013. If the Fort Lee PD had been notified, Bendul said that precautionary measures would have been taken to help relieve traffic flow including posting of signage, texted alerts to residents and other notifications.

According to Bendul’s testimony, he frantically sought out answers for the traffic in Fort Lee in September 2013 but received no response initially. Finally, Bendul said he contacted Robert Durando, general manager of the bridge. According to Bendul, he was told to meet Durando in a municipal lot and was instructed to not visit the Port Authority offices. Bendul said that at that meeting Durando told him to have the mayor call Baroni. Those calls were never answered.

“It was the worst traffic we ever had to deal with since 9/11,” Bendul said. “I observed people not being able to get out of their buildings, their driveways.”

Testimony will continue on Wednesday in the U.S. District Court in Newark. 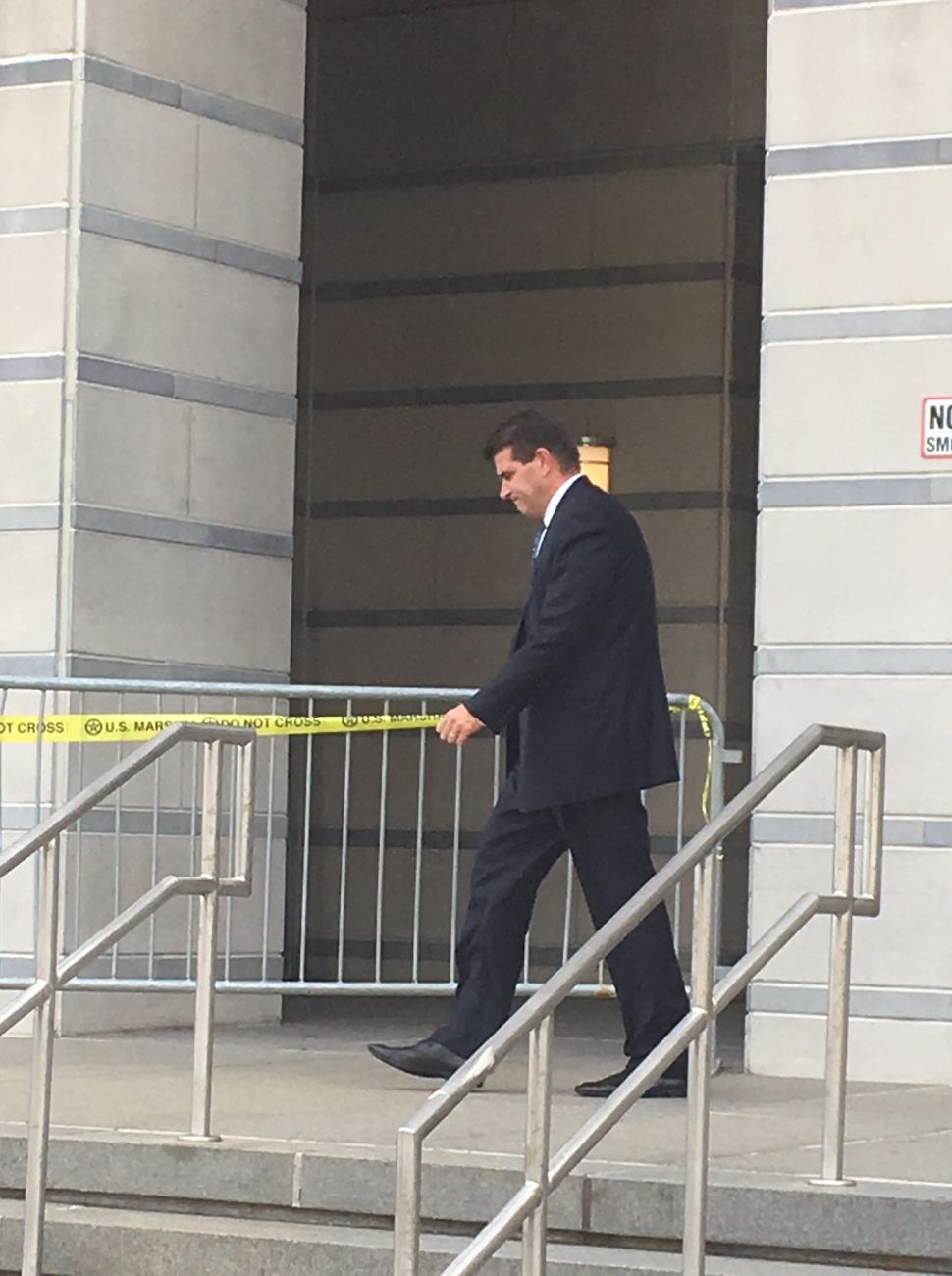