Close your eyes and imagine, if you will, a time in our history before Pokemon Go when instead of Pokemon, people searched for music. Fortunately, in due time, everyone’s flavor-of-the-month iPhone game and designated time-suck will fade out, and music will prevail once again. And when it does, here are the artists that will pick up the slack.

Take for example, Bishop, one of the most notable breakouts of the pre-Pokemon era. Before her smash track “River” became an alternative sensation earlier this year, the British-born singer-songwriter was attempting to navigate Los Angeles and get some sort of a career started. “I was singing at a small dive bar here in Los Angeles, which is very cliche but something I did every day,” she notes of her beginnings. “I was approached by George Robertson, a creative visionary and former A&R.” (Robertson was previously involved in the breakout success of Iggy Azalea.)

“He introduced me to [the production team of] Mark Jackson and Ian Brendon Scott to see if we would be interested in working together. A week later we went into our first session and by the end of that day we wrote ‘River’ and decided to keep going.” Since its release, “River” has been streamed a cool 1.45 million times on Soundcloud alone and landed Bishop a plum opening spot for Coldplay, which she simply describes as “Madness…Truthfully I just wanted to get back to the studio and keep writing. It’s motivating and daunting. I am always trying to push myself.”

If there’s one person who knows what Bishop is experiencing, it’s Netherlands native Fais. His collaboration with Afrojack on the dance power ballad “Hey” launched him from Dutch obscurity to a spot on the global charts earlier this year. “I grew up in the city of Rotterdam, which is about an hour away from Amsterdam,” he explains from the city while on his way to a performance on the popular Dutch television show RTL.

“I started ‘Hey’ just for fun,” he says of the track which would soon change his life. “I did the melody in some gibberish in one take, which is basically the original melody and some of the words as it is now. I knew it had something special so I sent that demo over to Afrojack and he was like, ‘Yeah, dope, you should start writing lyrics to it.”

The duo never approached the song as a single until Afrojack played it for fans for the first time this past November. “It grew on us and the whole team was excited so Wall Recordings [Afrojack’s label] set everything up for release.” Now, the song is continuing to climb the charts and launching Fais’ singing career with a splash. “It’s amazing. It still feels so special and almost unreal to me when all the fans send me texts, Tweets or Snaps when they are listening to the song somewhere in the world.”

Along with “Hey” spinning at your local club, there’s a good chance that you’ll also hear Mura Masa’s jazzy-electro banger “What If I Go?”, another track that’s vaulting up the charts worldwide and has already clocked in 2.9 million streams on Soundcloud since it was posted four months ago.

The moniker of 20-year-old Alex Crossan, Mura Masa has been a rising force since his genre-bending singles began to hit the web, including the unique powerhouse “Lovesick Fuck” which went viral last year giving and lead to heaps of buzz and acclaim. (He was shortlisted for the BBC’s highly influential “Sound of…” 2016 poll earlier this year.) “I try not to pay attention to all of that,” he explains from a van zipping through Shibuya, Japan to a local gig.

Crossan is the definition of overnight success, having grew up on a small island in the English Channel called Guernsey. “It’s an absolutely beautiful, isolated place and I loved growing up there,” he explains. “I lived in a little house about 200 yards from the sea for 18 years until I moved out to university.” “What If I Go” was actually the first track he made for his upcoming album. “I made it on a train from London to Brighton,” he notes. “It’s just about wanting to be with somebody you love, plain and simple.”

On the other side of the world, Knoxville, Tenn., band Cereus Bright is experiencing their own respective success. Their track “River Run,” a Mumford and Sons-ish anthem and lead single from their newest album, Excuses, which dropped earlier this summer, has made its mark as an impressive breakout single for the band which has been kicking around for the better part of the past four years.

“It’s really, really special to us,” explains band co-founder and singer Tyler Anthony from his home in Knoxville. “This song has been sitting in our brains for four years, so it’s easy for us to forget what made us like it in the beginning. Getting to release it and have people listen to it and sing along is so rejuvenating. We’re so thankful for that.”

Originally a folk duo featuring Anthony and guitarist Evan Ford, Cereus Bright later morphed into a full-fledged band once they began booking shows around the South. “Funny enough, ‘River Run’ was one of the first songs I ever wrote on guitar,” says Anthony of the song’s birth. “It was one of those that we just couldn’t get quite right. With every iteration of the band, we would try again with different elements and arrangements. It wasn’t until the five of us got together that we had all the ingredients to make the song we wanted.”

And how psyched are the guys to release their upcoming album? “On a scale from one to psyched, we are definitely psyched.” 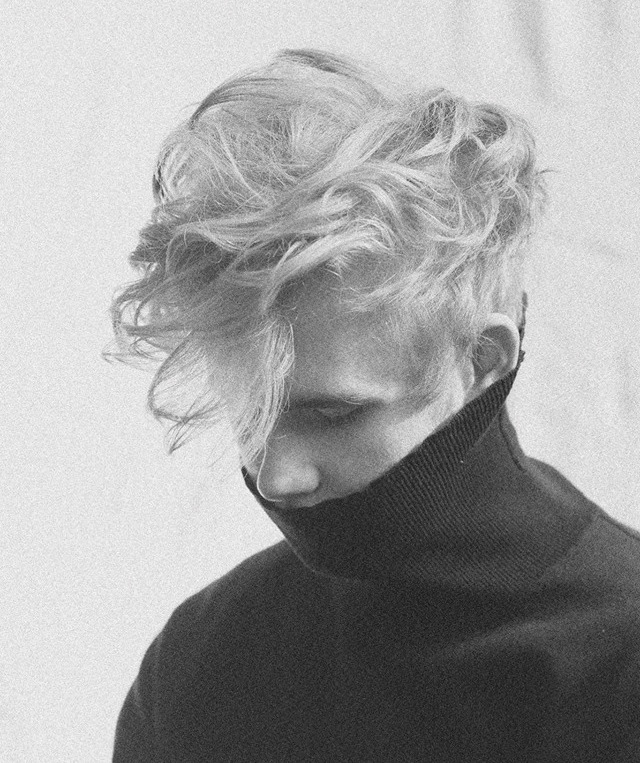