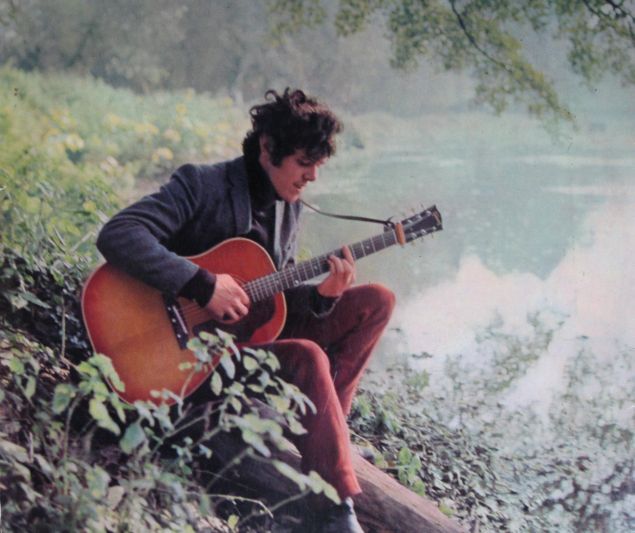 Things have been rather hectic lately. It’s been a challenge keeping up with the constant barrage of news as the campaign season rages on, on top of all the usual natural disasters and scandals. So it’s easy to understand how this little piece of good news might have slipped under your radar: The city of Los Angeles has declared that September 3 shall be, from hence forth be officially known as “Donovan Day.”

The Scottish singer, in the midst of a 25-city tour across North America was regaled at Los Angeles City Hall recently with a plaque commemorating the anniversary of the date his 1966 psychedelic smash “Sunshine Superman”, which topped the charts, 50 years ago. But why L.A., you might wonder. Inspired by the blossoming West Coast scene, the one-time folk singer soon-to-become hippie-pop avatar “began to compose [the song while] walking the Santa Monica beach with [his wife to be] Linda, in 1965.”

Raised in a Bohemian family steeped in the folk traditions of Scotland and Ireland, where reciting poetry and singing traditional ballads were part of everyday life, Donovan Leitch was destined to become the bard of his generation. As he told Howard Stern in a 2004 interview, “I was a young boy, 18 years, with the curly hair who sleeps on the beaches. I was the real thing.”

“Donovan is one of the great unsung heroes of music.”—Lenny Kaye

Many of us got our first glimpse of the Donovan in D.A. Pennebaker’s black and white documentary Don’t Look Back, which captured the madness of Dylan’s 1965 British concert tour. There is a somewhat tense scene of a folk summit meeting, actually more of a showdown that took place in Dylan’s London hotel room where Donovan delivers his tune “To Sing for You” in a friendly voice to a warm round of appreciation until Dylan, who allows, “that’s a good song, man,” grabs the guitar from his hands and begins to crow, “You must leave now…” the opening line to “It’s All Over Now Baby Blue.” Always one to avoid conflict, Donovan grins good-naturedly as Dylan looks knowingly to his nervous crew of cigarette-puffing pals for back-up.

Over the decades there have been plenty of “New Dylans” to spare. Early on in their careers everyone from John Prine, Loudon Wainwright, Bruce Springsteen, to Steve Forbert, were all compared to the original. There was even a band who used the catch phrase as their moniker. But no one was saddled with the stigma more than Donovan Leitch, who, in his blue jean jacket, with a mess of long curls spilling out from under his jaunty cap, was the U.K.’s handy answer to America’s folk poet taking their country by storm.

But Donovan, it turned out, was nobody’s fool, quickly re-inventing himself with the funky psychedelic “Sunshine Superman,” followed up by the ultra-groovy “Mellow Yellow.”

Donning a white suit like “an immaculately hip aristocrat” as stand-up philosopher/comedian Lord Buckley coined the phrase, while snapping his fingers and singing soft and low, like a beatnik trying to seduce a librarian, Donovan was “quite rightly” cool, with style to spare.

“Electrical banana is gonna be a sudden craze,” he whispered knowingly, inspiring an entire generation of crazy kids to smoke dried banana peels in hopes of a cheap, exotic high (totally disgusting, by the way), while Simon & Garfunkel’s Parsley, Sage Rosemary & Thyme had us all raiding our mother’s cupboards for the same reason. (And wasn’t nutmeg also supposed to get you stoned?)

On the night when Robin Williamson met Mike Heron, Heron had allegedly been singing Donovan’s song “Colours.” Heron was playing in a noisy bar in Glasgow with no one listening when he began to mix up the lyrics a bit. To Williamson’s delight he sang “Green is the color of my true love’s nose,” and the great ’60s Scottish psychedelic folk duo the Incredible String Band was born. Donovan’s ethereal vibrato on tunes like “Catch the Wind” and “Hurdy Gurdy Man,” also had an impact on younger singers including on the bleating vocals of Marc Bolan of T. Rex and Bob Marley.

“Donovan is one of the great unsung heroes of music,” guitarist/author/producer Lenny Kaye pointed out.

“In terms of moving folk into psychedelic and other unclassifiable musical forms, his importance can’t be underestimated. He and his producer Mickie Most came up at a time when the music was open-ended. They explored and stretched the rapidly expanding borders of what was permissible in pop music. ‘Hey Gyp’ is a great song as well as ‘Season of the Witch’, a great jam number (later covered by Al Kooper and Steve Stills on their classic Super Session album, Terry Reid and many others). I love Donovan. He’s a true artist who has stayed the course. He was what flower power was all about, with an emphasis on power!”

By 1966 Donovan leapt from cult folk artist status to full-blown pop stardom with a string of hits, beginning with his No. 1 smash, “Sunshine Superman,” followed by “Mellow Yellow” (No. 2), the Hendrix-influenced “Hurdy Gurdy Man” (No. 5) and finally “Atlantis” (No. 7). There were plenty other great tunes, including “Jennifer Juniper,” “Wear Your Love Like Heaven” (covered by Richie Havens in his soulful, smoky voice), and the catchy calypso “There Is A Mountain,” transformed by the Allman Brothers into the transcendent “Mountain Jam.”

“Playing with him was awesome, a life-long dream,” said Dave Dreiwitz, bassist of Ween. “He would open with a solo set, but was excited to rock out with the band. Most people think Donovan stopped recording after ‘Atlantis’ but I still go to record stores and find albums by him I’ve never heard. He doesn’t get the kind of credit like someone Paul Simon does for helping to create world music, let alone playing folk, rock, psychedelic and jazz. The amount of great songs that he wrote that became standards is amazing. And don’t forget, ‘Sunshine Superman’ came out a year before Sgt. Peppers!”

“Donovan’s music is like a saddle hung over a horse and he travels with it, bringing his magical sounds to the Western world, Morocco and everywhere,” said longtime friend Bachir Attar, leader of Morocco’s Master Musicians of Jajouka. 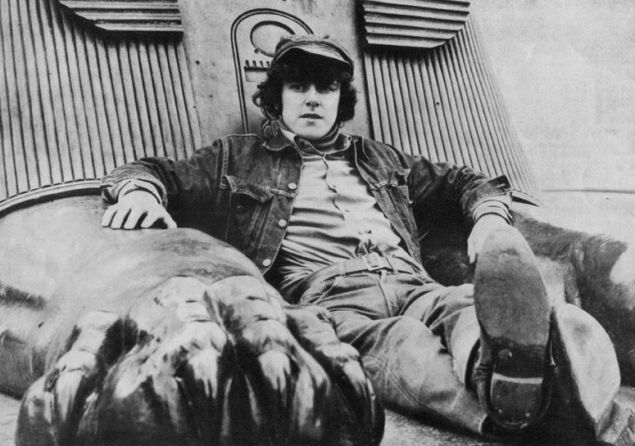 “Last year in 2015, Donovan was the first star to play at our Aid el Kebir Festival in the village of Jajouka. When Donovan plays you have to give attention. The village women loved him and wanted to hear more. He also brought Brian Jones’ grandson Joolz with his band Public Overdrive to play. The music hit a highly magical place when we all played together. Linda said, ‘I feel Brian Jones is here, too, in the mist that covered the night air.” (It was Brian Jones, the Rolling Stones’ brilliant but doomed multi-instrumentalist who first recorded the Master Musicians in the late ’60s and helped forge the genre of World Music. Donovan’s wife Linda Lawrence, was the mother of Brian’s son Julian, who Donovan helped raise.)

But before we go, back to “Sunshine Superman” for a moment: As Donovan explains, it was originally “a love song…Linda and I were on the same journey to present the way to awareness of deeper levels of consciousness. We are still doing this with our Fiftieth Musical Anniversary. We knew then and we promote again the true maxim for the future wellbeing of humanity that peace begins within.”

So there you have it…from a flower to a garden, once more.

Donovan will magically appear at Carnegie Hall on Thursday, September 15 at 8 p.m. 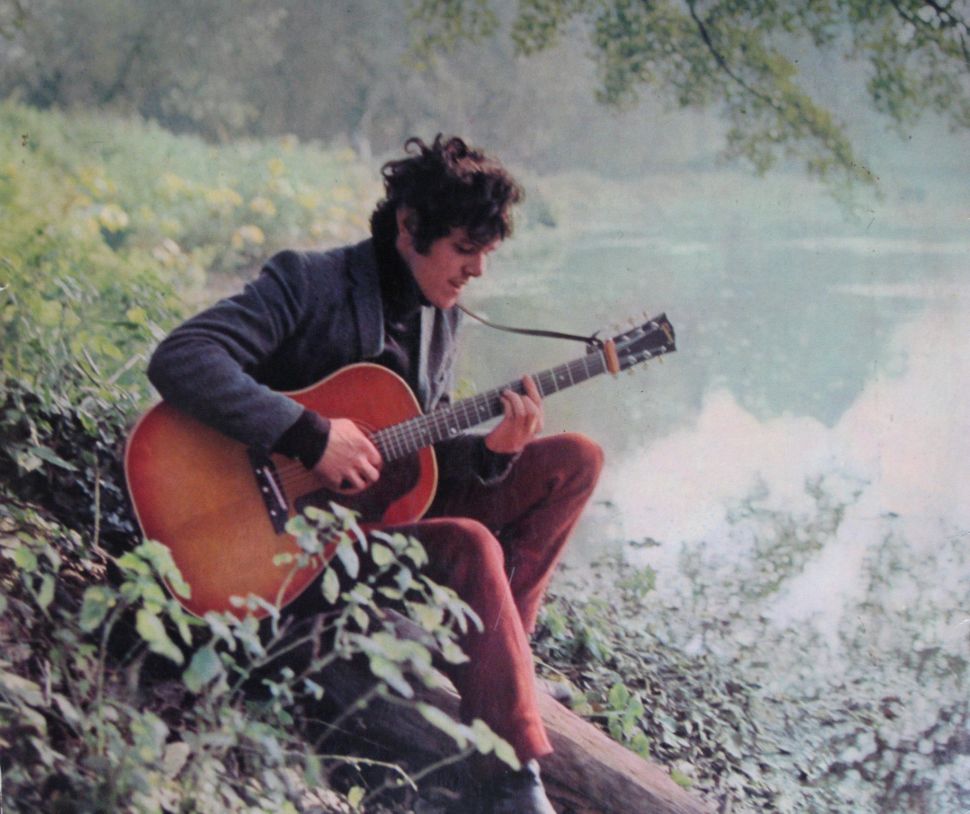