Fashion designers attending the shows of other designers is nothing new. When Raf Simons made his couture debut back at Dior, he got a front row full of LVMH designers like Marc Jacobs and Riccardo Tisci as well as other legends like Azzedine Alaïa, Alber Elbaz and Donatella Versace. But the spotting of Stefano Pilati hugging and chatting with Vogue‘s Mark Holgate in the front row of Telfar’s Spring 2017 show on Thursday night was a curious one.

bringing in #NYFW with #StefanoPilati in that big ass polo

“Is he consulting?” An editor asked. “Maybe he’s in town taking meetings?” Another replied. A group of insiders began rattling off possible brands he could find an interest in, having recently vacated his role at Ermenegilda Zegna to be replaced by Berluti’s Alessandro Sartori. The list wasn’t long with posts at Calvin Klein and Oscar De La Renta having been recently filled.

The consensus was that he was not likely consulting on Telfar, and was just there as a sign of support. But what if he was hired by the brand as a consultant?

Telfar Clemens showed a technicolor filtered unisex collection of reconfigured preppy basics for his own front row boasting the likes of Dev Hynes and MeLo-X who has worked with stars like Rihanna on music videos. For aesthetic contextualization, think Old Navy re-envisioned by a club kid. Polos and close knit collared tops came with the buttons at an angle to expose the clavicle; for some styles, the entire backs were removed. The show actually started with a few polos worn backward, giving the garments a beautiful boat-neck silhouette. Sporty fabrics were turned into bodysuits and denim was sent down as Daisy Duke-size cutoffs.

The runway was painted to emulate a track field, allowing Clemens to punch up the sporty factor of the presentation — all of this only heightened by the use of actual Olympian athletes like Miles Chamley-Watson. Clemens’ idea of warping a classic continued into the after party, which took place at White Castle in the Financial District.

A post shared by candidlycaughtfotosbychinksdoe (@shooteverythingup) on Sep 9, 2016 at 12:54am PDT

After fighting through a crowded line that kept up until well past 2AM, party goers (we spotted Rose McGowan among the club kids) were lounging over the booths and dancing on tables at the fast food emporium. Staff from Material Vodka turned the soda fountain into a makeshift bar, passing out cups to get the party going while White Castle sliders, mozzarella sticks and chicken rings were made available. With Venus X from GHE20G0TH1K on the boards upstairs, tracks like “WDYW” by A$AP Ferg, Rich The Kid and Lil Uzi Vert thumped until the night’s performer Jonte’ Moaning (who rose to prominence after his outsized impact on Beyonce’s BDay era but has a burgeoning career of his own) took the “stage” behind the serving counter in a revealing number.

A post shared by candidlycaughtfotosbychinksdoe (@shooteverythingup) on Sep 9, 2016 at 12:36am PDT

For those hoping to really dance, the fight to the fast food chain’s refrigerated basement was worth it. There, as mist rose from steamy bodies and cups of spiked Fanta and Coke, a DJ spun a mix of voguing beats, dance hall and trap favorites. Ventilation may have been nil, helped very little by the singular box fan positioned at the entrance, but for those that could take it, the dark dance floor was the best time to be had. 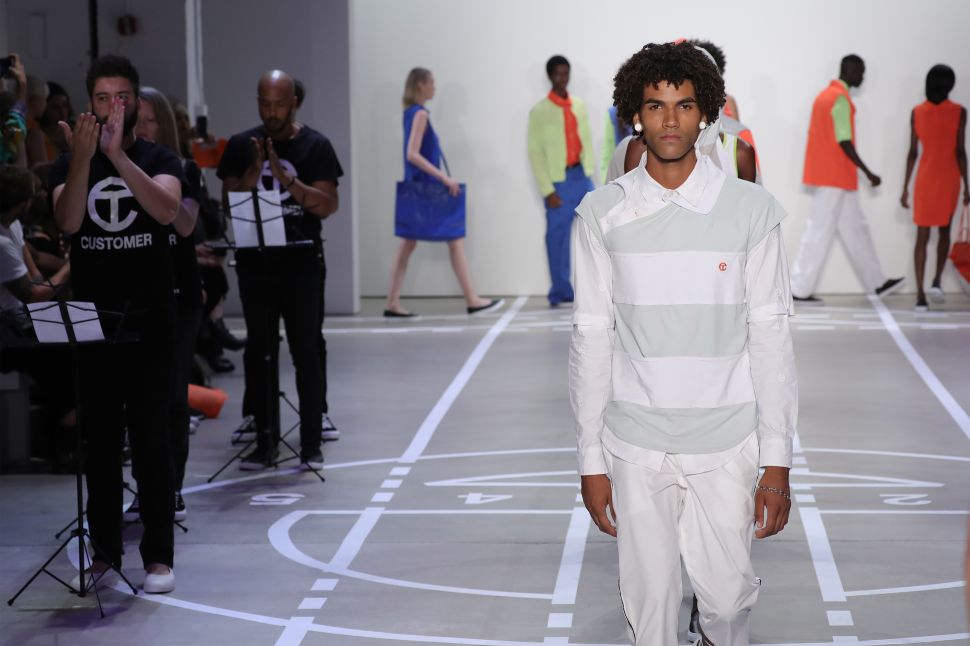