Do the French believe in cultural heritage? It’s not an irrelevant query these days, with the enforced secularism of a “burkini ban” on some beaches in France still inspiring arguments throughout Europe.

But last Tuesday the answer was Bien sûr. “It is in our DNA,” France’s U.N. Ambassador François Delattre told a crowd assembled at the Metropolitan Museum.

At a time when Islamic State militants around the world have sledgehammered antiquities, French President François Holland helped launch a cultural heritage initiative at the sidelines of the U.N. General Assembly meeting.

“As there is a right of asylum for people to accommodate refugees fleeing a country that can jeopardize their lives, we must also organize an asylum for the works of art,” he said.

Most of us remember the graphic images of ISIS terrorists taking the historic Syrian town of Palmyra and smashing cultural relics with hammers, including the limestone Lion of al-Lat. It had survived 2000 years, through conquests and plagues, but is now reduced to rubble.

The French President announced the creation of a $100 million public/private fund, with the United Arab Emirates, to safeguard endangered cultural heritage sites at the Met, as he stood in front of the Egyptian Temple of Dendur, which, he pointed out, had to be rescued from being destroyed when Lake Nasser flooded following the building of the Aswan Dam.

Vice President Joe Biden was in attendance, and explained to an assortment of diplomats and benefactors that the senseless destruction of cultural icons moves your average American as much as it does to those involved in anthropology and art.  He recounted a story of the conductor on his commuter train, less moved by most international news, but upset about the destruction of Palmyra, making a point of telling the VP that something had to be done. “The drive to build, the drive to sanctify traditions is what makes us human, and this is why defending cultural heritage is defending all humanity,” Biden said.

Despite the morose topic of terror, the mood at the event was bubbly, cheered on by Biden, who even commented on how much energy there was in the room. There was an audible gasp in the room when Biden (not on the program) was escorted in by the Secret Service.

Diplomacy and culture met—with some fanfare—when the Chairman of the Board of Trustees Daniel Brodsky, and Thomas Campbell, director and CEO of the Met, greeted United Arab Emirates Foreign Minister Sheikh Abdullah Zayed, who will help France raise the money for the fund.

Co-sponsored with the U.S. Department of State, the Met event featured Evan Ryan, Assistant Secretary of State for Educational and Cultural Affairs, and Knox Thames, the U.S. Special Advisor for Religious Minorities, who will lead the U.S. side of the project. Jack Lang, president of the Institute of the Arab World and a former French culture minister, has been appointed by France to lead the fund, with a follow up conference from December 2 to 3 in Abu Dhabi. Speaking on the U.S. side was Anthony Blinkin, Deputy Secretary of State and for the U.N., Irina Bokova, Director General of the U.N. educational and cultural agency UNESCO.

France, according to Hollande, will also introduce a resolution at the U.N. Security Council to set standards of protection.

At the Met event, Gerard Araud, now Frances Ambassador to the U.S., who had been the U.N. Ambassador, explained that France worked on this in the context of peacekeeping in the case of protecting Timbuktu, but the U.N. Resolution that France is now proposing will be broader.

The U.N. has become a major player in the protection of cultural icons: a high level meeting was held at the U.N. during the General Assembly, organized by Italy and Jordan, along with the International Criminal Police Organization (INTERPOL), UNESCO, and the U.N. Office on Drugs and Crime (UNODC)—and, for the first time, the International Criminal Court has begun a trial of a Mali national for the war crime of destroying historic and religious monuments in Timbuktu.

This time, the project was conceived, Hollande said, in Japan at the “Group of 7” industrialized countries meeting with President Obama and has three priorities: prevention, emergency response to prevent trafficking, and rehabilitation based on the destruction and looting by the Islamic State (ISIS or Daesh) in cities in Syria and Iraq including Palmyra, the museum of Mosul, the ancient sites of Nineveh, Nimrud, and Hatra.

With the new project, France is actively taking charge: “It is in our heart, our soul,” said France’s Embassy Spokesperson Emmanuelle Lachaussée. The French Embassy explained the interest: It was in Paris that first “Assyrian museum” of antiquities was revealed, by King Louis-Philippe at the Louvre in 1847.

The initiative is not the first time that the French have taken the lead on cultural heritage. When Timbuktu fell to militants in 2012, France struck terrorists by air and then sent paratroopers to Mali along with Malian troops, but found that many historic mausoleums were destroyed, and a library with scores of 13th century manuscripts was torched—a trove of sub-Sahara’s medieval history obliterated. 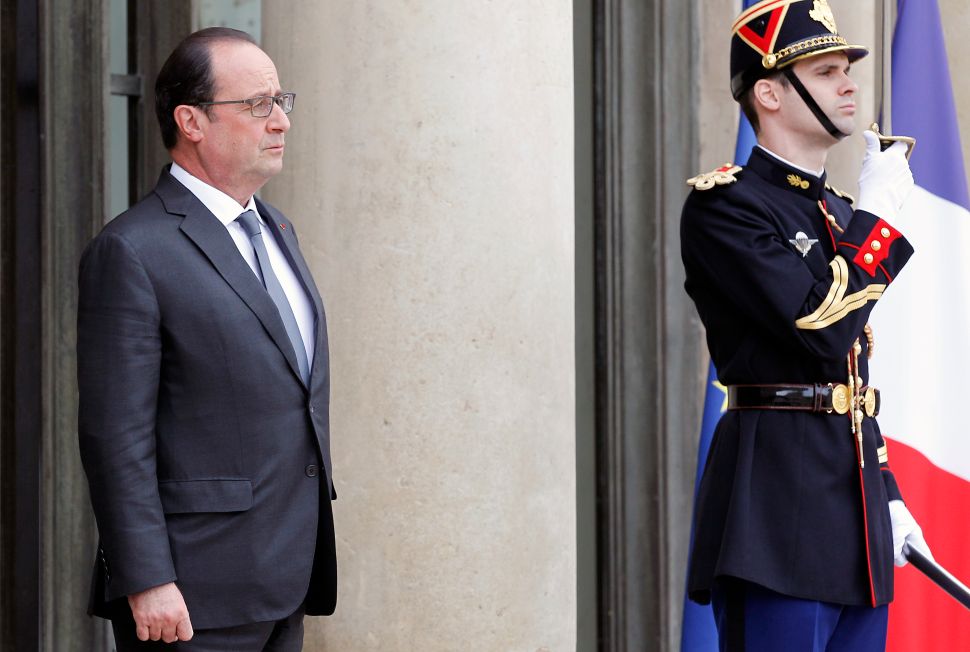