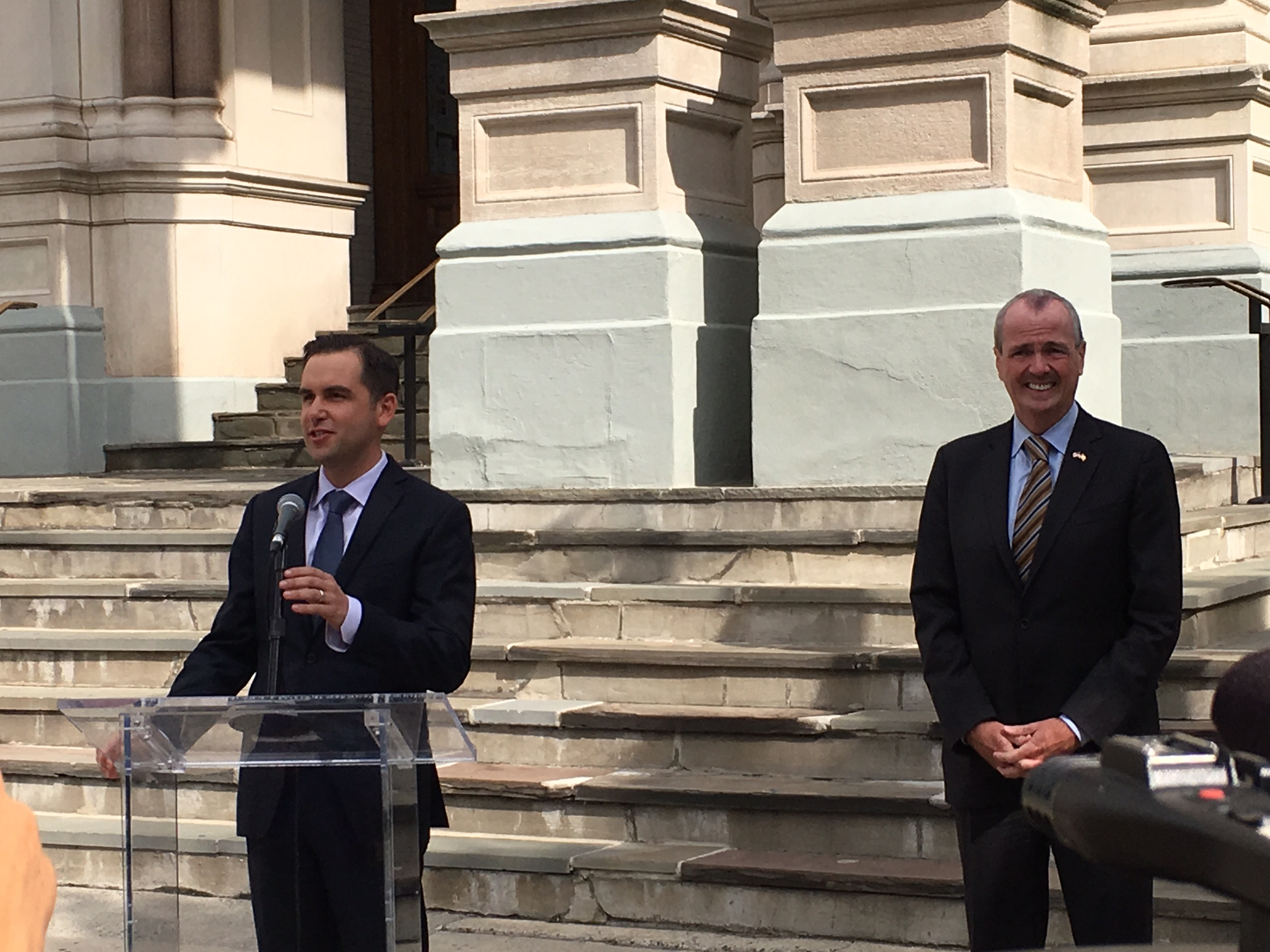 Fulop announced that he would be supporting former Ambassador Phil Murphy for governor. Alyana Alfaro for Observer

JERSEY CITY – Mayor Steve Fulop stood on the steps of Jersey City Hall on Wednesday to confirm rumors that he will not be entering the 2017 New Jersey gubernatorial race. During his announcement, Fulop also proclaimed that he would be endorsing Phil Murphy, the only Democratic candidate to have officially announced his intention to run for governor. Fulop said that he would be pursuing re-election as Jersey City mayor in 2017.

As the Jersey City mayor made his announcement, Murphy stood by his side.

Fulop’s decision to not enter the gubernatorial contest means a likely intensification of the race between Murphy and likely candidate Senate President Steve Sweeney. It also opens the door for other Democrats like state Senator Ray Lesniak, Assemblyman John Wisniewski and Assemblywoman Shavonda Sumter to push forward with their own entrances into the race. However, with Fulop and other notable North Jersey electeds officially coming out for Murphy, the fight for support seems to already be splitting into Sweeney and Murphy factions in New Jersey’s various regions.

When asked by reporters if his decision not to enter the race for governor stems from Fulop being named a witness in the currently ongoing George Washington Bridge lane closure trial—better known as Bridgegate—the mayor said that the decision was unrelated to the scandal. Many of Fulop’s allies are also possible witnesses in that trial.

“It is very clear from the prosecution’s opening arguments about how I have been mistreated,” Fulop said. He also said that he was open to sharing with the media the information Jersey City shared with the U.S. Attorney’s office once the trial concludes.

Fulop’s decision to back Murphy is a logical step for the Jersey City mayor despite past disagreements between the two. In early September, Murphy filed a complaint with the New Jersey Election Law Enforcement Commission (ELEC) claiming that Fulop had wrongly used his mayoral account to run for governor. According to Murphy, that complaint is now “moot” in light of Fulop’s endorsement. Fulop was also unlikely to endorse Senate President Steve Sweeney due to the close connection the likely candidate has to South Jersey political boss George Norcross. The mayor and Norcross have had regular disagreements over the past year as Fulop weighed his gubernatorial bid. Additionally, both Murphy and Fulop tap into the same progressive voter base.

The endorsement levied by Fulop opens speculation to whether or not Newark Mayor Ras Baraka, a close Fulop confidant, will follow suit and back Murphy as well.

“I spoke to Ras this morning, he and I had breakfast. I think Phil has been doing a pretty good job in Newark,” Fulop said. “I think it is pretty clear that there are different people aligned with different people today. The hope is that everybody comes behind one candidate. I think that is going to be the process over the next couple weeks.”

Murphy said he was “honored and thrilled” to receive Fulop’s endorsement. According to both Fulop and Murphy, the endorsement decision came from a desire for unity in the New Jersey Democratic Party. 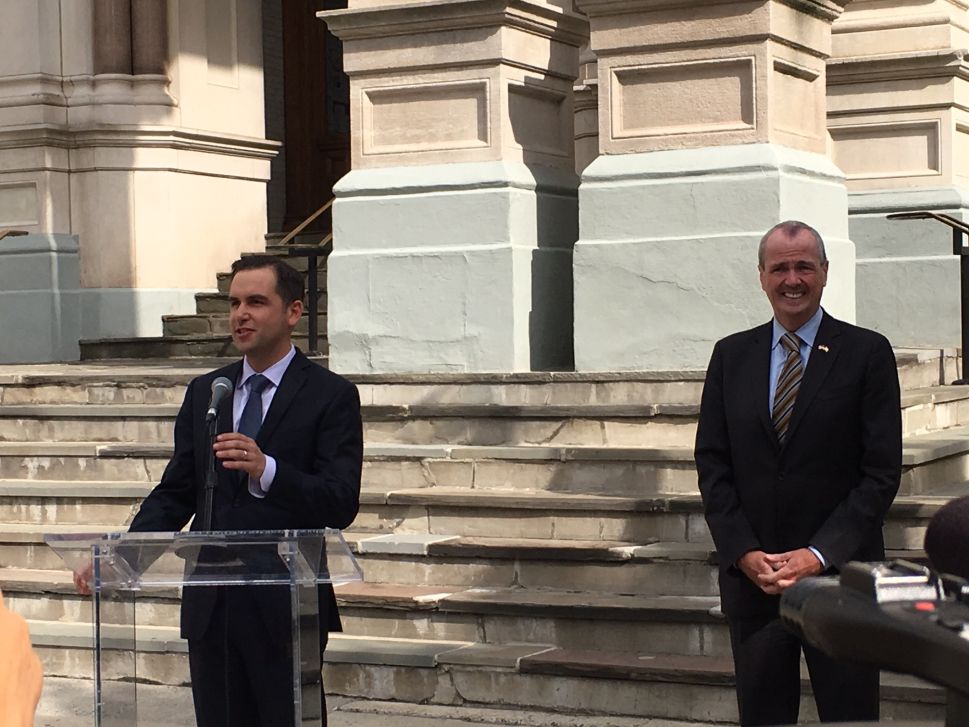