Following every RuPaul’s Drag Race All Stars, the Observer gets the scoop from one of the contestants. Next up: Tatianna.

How were you approached to do All Stars 2?

I think I got a phone call. And they were like, “If we did this, would you do it?” and I was like Duh.

Who were you surprised to see in the room when you walked in?

No one was surprising, in all honesty. I had visualized them all being there, and they all had a right to be. I was more surprised by who wasn’t there. I was expecting a Trixie or a Courtney, or Morgan McMichaels from my season. Ongina.

My understanding is that she was asked to do the first All Stars and couldn’t.

I guess she lucked out because she didn’t have to do the teams.

The show kind of made it out that you were an outsider, being from an earlier season. Were you friends with any of the cast?

Detox is always in DC at my club. Out of everyone I was probably closed with Adore. But everyone knows each other from working at each other’s clubs or going to the reunions. I’m obviously a Ru girl but I’m not always up in the mix. I’m not that type of girl. I only hang out with and talk to the people I genuinely enjoy. Everyone on All Stars I had interacted with and liked so that was cool.

What’s your secret to looking so fishy?

Half of it is bone structure, I can’t lie. I have kind of a lady face. I put on the same amount of makeup as any other queen. It’s just where you put it and colors you’re using. But I don’t like the idea of drawing a line on your face, personally. I like to blend the shit out.

You talked about going to school in drag. Season 7 winner Violet Chachki identifies as genderfluid. Is that something that you relate to?

Um, not particularly. When I’m a lady, I’m a lady. When I’m a dude, I’m a dude. Personally I don’t like middle grounds, on me. I’m kind of over these labels. Everything has a label and there’s so many of them. That’s fantastic for other people but for me I just do what I wanna do.

One of the big feuds in Drag Race history was you and Raven. Was it weird seeing her on the set?

That was totes six or seven years ago. After Season 2 we didn’t speak for like two years, two or three, and then we got over it. You kind of just get over it. I always see her at Micky’s in Los Angeles. I love her, I love her boyfriend Martin.

Is it the same situation between you and Season 2 winner Tyra Sanchez?

Oh yeah, totally. Literally everyone, we all get along. Some girls may get annoyed with other girls, and there’s some where I’m like, “Shut your mouth!” But the only girls that know your experience are the girls from your season. It’s all good.

It did very much seem like the immediate impulse for the cast this season was to be fair with eliminations.

Totally, no one wanted to—at least not in the beginning—no one wanted to be super strategic or an asshole about it. Keep it fair slash some girls just weren’t going to send their friends home.

You clearly knew you were going home, is that fair to say?

Does it suck that it was sort of fair, that they agreed you were the worst performer that week? It might have been better to get sent home for personal reasons.

You’re still getting sent home, it doesn’t make a difference why .

How much venom are you dealing with on social media? This seems to be a recurring problem for some of the queens.

I don’t understand how Reddit works, so I could give a shit. I don’t get threads. I just stick to the normal stuff like Facebook.. I read all the comments when I was first on, like “Oh, people are talking about me. I have to read everything!” Poor decision. Luckily no one hates me right now. The worst place to go for comments is Youtube. These are the kind of people who buy groceries at CVS. Real bottom of the barrel gutterbugs. The day after I was eliminated on social media there was a hashtag JusticeForTati and I thought that was so nice. 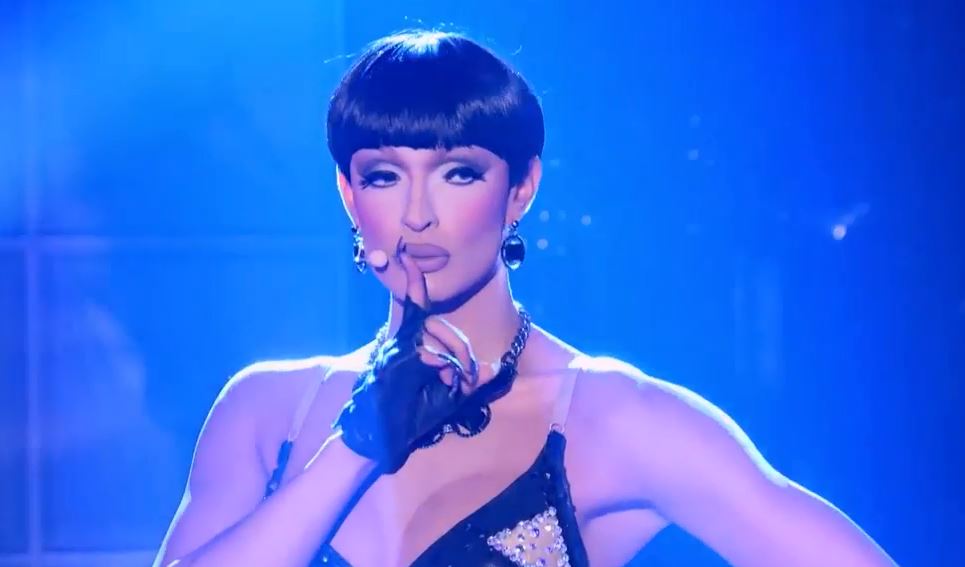