If you caught Sunday’s 68th Annual Primetime Emmy Awards, you were treated to a truly delightful celebration of the finest modern TV has to offer; the stellar performances that genuinely moved us; the daring directing choices that continually wowed us; the tight, focused writing that made these talented, diverse voices sing. Hi, my name is Vinnie Mancuso and I’m here to say: Never mind that shit, here comes Gotham.

Yes, ladies and gents, FOX’s beautiful baby Bat-quel returned with its third, THIRD, season premiere, “Better to Reign in Hell…”, which is a reference to John Milton’s Paradise Lost that has no connection, allegorical or otherwise, to the plot of Gotham‘s third season premiere. Unless, of course, you equate Satan’s rebellion against God and subsequent fall from grace to buying a fitted black polo from Kohl’s and calling yourself a bounty hunter. That’s the driving force of Gotham now, by the way; Jim Gordon hired someone to film him with the sepia filter on so he could surprise Leslie but double-swerve she’s moved on to someone else. Jim, despite the fact that he let Leslie think he was rotting away in jail even after the miscarriage of their child, is just Hot Topic-d by this development into quitting the GCPD, throwing out every article of clothing he owns that isn’t fit to brood in, and hunting the monsters plaguing Gotham City off the grid for “5 grand a pop.”

Whoa boy. Call this recap a poo-scented hand-cream because this shit just got topical. But if you’ll allow me to get serious for a moment…

“Better to Reign in Hell…”, for all its amazingly Gif-worthy moments of chubby low level gangsters angrily swiping bottles off of tables, was not much more than a game of catch-up, an hour to explain where everyone’s been since the season two finale while setting the stage for things to come. Episode writer John Stephens accomplished this by loading exposition into a nuclear bomb and firing it into the sun. “A SANDWICH?” I half-expected someone to yell, at any point. “You know I haven’t eaten a sandwich in SIX MONTHS, roughly since the conclusion of last season’s events!” So, as long as we’re treating subtly like the time Bullock legit almost murdered Jim in season one by pretending it doesn’t exist, I too will quickly explain where we find our major players, and how we got here:

JIM GORDON: Like I said, Jim is in a rough place, as is Gotham itself. Crime is rampant, Godzilla is robbing pharmacies, Leslie is living with someone who looks a hell of a lot like Jim in shadowy lighting, in an idyllic suburban house with windows definitely large enough so that this does not count as being conspicuous:

So, yeah, Jimbo’s not doing so hot. He’s making great money though, charging top dollar to catch Hugo Strange’s basket of deplorables or whatever that are running around tearing apart the city. Like me, he’s doing the same exact thing he was doing for the last two season of Gotham, except way drunker.

BRUCE WAYNE AND ALFRED: These two return from a quick sojourn to Switzerland, because apparently it’s easier to research a shadowy, all-powerful cabal when you’re wearing clogs. Bruce wastes no time calling a Wayne Enterprises board meeting to, essentially, challenge the Court of Owls to “fight me IRL.” I could genuinely watch Sean Pertwee scold the smirk off businesses executives for a full 40 minutes, so no complaints here, and the on-screen chemistry between this pre-Batman and an unsure-about-all-this Alfred remains rock steady.

Meanwhile, Bruce’s doppelgänger is lumbering around the streets of Gotham, eating garbage (I assume) and just generally looking like Edward Scissorhands circa  freshman year of high school.

FISH MOONEY: Fish is pulling a Theo and galavanting around Gotham wearing a costume I assume was in the original sketches for X-Men: Apocalypse before Bryan Singer told his designers to “dial it down around 15 to 20 notches.”

OSWALD COBBLEPOT: Penguin, who in my reality is played by 15-time Emmy winner Robin Lord Taylor, has offered $1 million for anyone who can bring him Fish Mooney, dead or alive. He’s obviously not strapped for cash, because in addition to high-value bounties he’s also been fueling fanfiction flames across the country by sending Eddie Nygma biscuits and sweaters in Arkham Asylum.

NATHANIEL BARNES: The captain of the GCPD now has a bum leg, a result of that time Theo Galavan rightfully mistook Barnes for a Halloween pumpkin and attempted to carve him up.

SELINA KYLE: The entirety of Selina’s dialogue is still being written solely by this man.

IVY PEPPER: Ivy fell into a sewer pipe, which spoilers is going to double her age because Gotham‘s producers were uncomfortable with you getting seduced by a 14-year-old, ya bunch of freaks.

There we have it, Gotham season 3. Going forward: Bruce was taken by the Court of Owls, Jim is barely a couple steps ahead of a prying journalist in his search for Fish Mooney, and Captain Barnes is assembling yet another special force to be slaughtered next week. Captain Barnes loves assembling special forces that get slaughtered the next episode. If Michael Chiklis ever approaches you to join so much as a softball league, you fucking run.

As always, let’s run down every reference, fact, and nugget of Bat-history brought up in the season 3 premiere, “Better to Reign in Hell…”

The name of Barbara and Tabitha’s nightclub is a nod to Gotham City Sirens, the title of both a 2011 comic series and the book’s titular group of villainous, slightly insane femme fatales — Catwoman, Poison Ivy and Harley Quinn. There’s some opportune timing here, as well. I mean, Selina Kyle is still making terrible cat puns and chugging milk every other scene, but Tabitha Galavan basically has the wardrobe, presence and overall deadly slinkiness of an adult Catwoman. We already know Poison Ivy is on her way, as soon as Ivy Pepper crawls out of whatever sewage plant that causes you to fly through puberty. As for Harley Quinn? Well, Gotham‘s producers already promised a “forerunner” to the role recently blasted onto a big screen by Margot Robbie. For a textbook example of what a forerunner to Harley Quinn would look like, look no further to the mood-shifting, high-cackling way the scene-stealing Erin Richards plays Barbara Kean throughout “Better to Reign in Hell.”

Vicki Vale, played here by Once Upon a Time‘s, has been a character since 1948 when DC writers decided Superman had a newspaper reporter girlfriend so Batman needed one, too. Since then she’s morphed into much more of a badass, figured out that Batman was actually Bruce Wayne roughly twenty times, and notably lasted several decades as a journalist in Gotham City without ever being suspended over a shark tank by a crazy person in tights.

I applaud the fact that Gotham, never one to shy away from a cheap comics nod, seems to have simply made up their own gang of weirdos for the Arkham Asylum escapees. There’s Marv, the “fountain of youth in reverse,” that guy with the goggles that I’m sure serve some purpose, and what appears to be a massive walking ice-cream cone. The only monster in Hugo Strange’s basement crew who is familiar is the only one Jim Gordon manages to capture; that screeching, flying dude is clearly a precursor to Man-Bat, a character that is pretty much exactly what he sounds like: 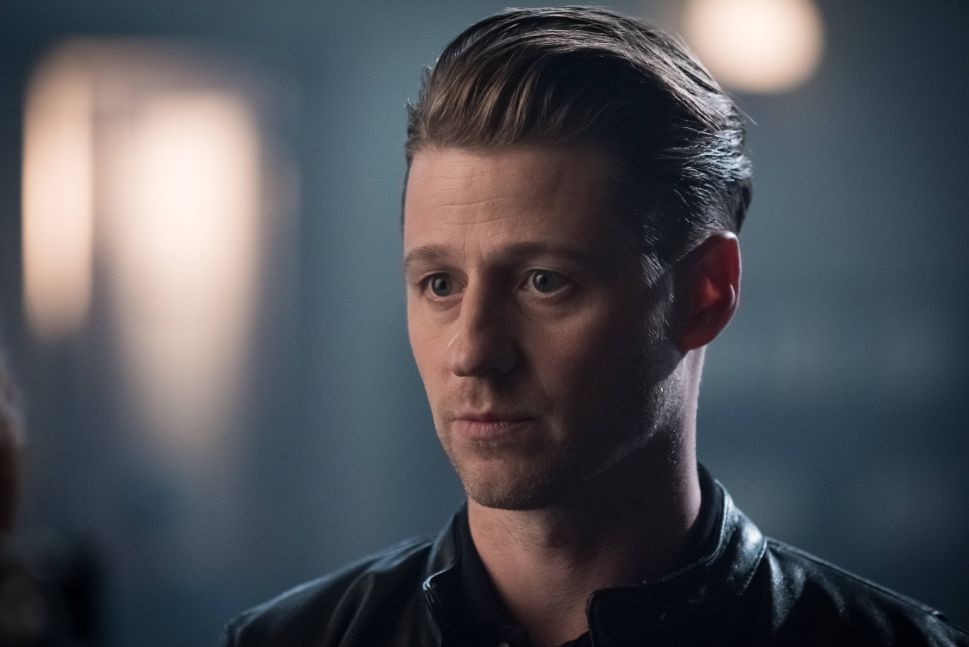