Even before Gordon Clark bum-rushes a hapless laser-tag opponent in the incident that gives the episode its title, there’s a nervous energy to “Rules of Honorable Play,” this week’s episode of Halt and Catch Fire, that seems to infect the look of the show itself. Director Jake Paltrow’s camera appears to prowl around the set — zooming, tracking, weaving, looping around like the roundhouse to the ear that Gordon gets from a fractious SwapMeet programmer. (His hilariously cut-off cry of “What the f—” in response is a dynamite case of using network-mandated language limitations to their advantage — the kind of improvisatory more-with-less move Mutiny is made of.) When characters stand still and talk, there’s a sense they’ve been pinned to the spot — by a bar at a party, by a table at a restaurant, by the shadows of a kitchen, or in the case of an ingeniously staged conversation between Donna and Cameron on the front porch of a house Cam’s thinking of buying, by a shot composition that literally keeps them from seeing eye to eye. The overall effect is sharklike: If you don’t keep moving, you’ll drown.

And when people go under, they sink like stones. Brought to an everybody-who’s-anybody party for Silicon Valley movers and shakers by Diane, Boz appears to be in his element — cracking jokes, telling tales, and generally cranking up the Texas charm. Indeed, from calling an audible during the Swapmeet buyout and driving down its price by a small fortune to bantering with Donna and the boys in the office, it’s this ability to command a room that attracted Diane to him in the first place. But in an ugly exchange that perfectly reproduces the brittle civility of enemies pretending to make nice, Joe MacMillan takes Boz’s number, calling his affable-backslapper routine a “performance.” Just last week Joe referred to himself as the product he’s concerned with selling; apparently he recognizes some of this in the old Dallas salesman, too.

By the time Boz makes his way back to Diane, Joe’s words have clearly dug in deep, reinforcing doubts he’d already had about his role at Mutiny and his place in their world at large. Unfortunately for Diane, she unwittingly echoes Joe’s veiled insults in a failed attempt to praise her date. She compliments him for the way he naturally steals the show at the party, but what he hears is further evidence that he’s some kind of dancing monkey, trotted out there for everyone’s amusement. As Diane flirts, it at first seems like Boz is oblivious, but before long it’s clear he knows exactly what she’s up to and is simply rejecting it. “Somewhere along the line I lost my taste for tobacco,” he says when she offers him a smoke, then adds “And champagne. Parties.” His tone grows more pointed with every word, his bonhomie curdles visibly on his face, and the overall effect is like biting on tinfoil. Thus a potential romance storyline that seemed like such a delightful sure thing when it was first hinted at just last week is swept off the board, because, well, that’s how things happen sometimes. Cold as this is, there’s still something warm about watching the baffling rhythms of legit emotional reality play out on a TV show.

By contrast, what Donna does to Cameron is far more dramatic, in terms of both momentousness to the characters and just being the sort of thing that drives the story. With Cam’s inability to delegate pushing her past her limits, she misses the meeting with Diane, Donna, and the SwapMeet boys — where, it had been hoped, Diane would prove willing to let the guys go. When Doug and Craig (to whom Cameron had made overtures about going solo already) depart, Diane surprises Donna by saying yeah, sure, go ahead and buy them out entirely if their presence undermines the overall project. But in the version Donna relays to her partner, Diane nixed firing the pair, and wants them to find a way to work together. It’s a gruesome lie, made more so when Cameron obliviously thanks Donna for going to bat for her. But it’s also a very Donna thing to do. Remember how even when Gordon came clean about his one-night stand and his sickness, she still kept her terminated pregnancy under wraps? Then as now, she’s willing to make difficult decisions, but she’s much less willing to consult with people who might disagree with her about them, even when (as was certainly the case with her abortion) they’re indisputably hers to make. Hell, you can even extend  If given the option, she’ll bury tough choices in a haze of deception or disguise them as a fait accompli.

Ironically, it’s Joe, the character with the single most unpleasant interaction in the episode, who also makes a real breakthrough. When an attempt to placate a major client over his son’s involvement in Joe’s cocaine-fueled parties goes south after the guy cracks repulsive homophobic jokes and Joe practically tears his head off, his company is now left without one of its biggest revenue streams. But seeing an opening, MacMillan and his protege Ryan use the client’s passwords (to which they still have access, until the company thinks to reset them) to gather information about Arpanet, the US government’s proto-internet. Joe thinks it’s ready for an upgrade, and that he’s the man to deliver it. Even as this is happening, Cameron confides to Gordon over a rousing game of Duck Hunt that she feels her control of Mutiny slipping away. While she’s losing the thing she built, Joe is once again preparing to worm his way into something bigger and take it over from within. 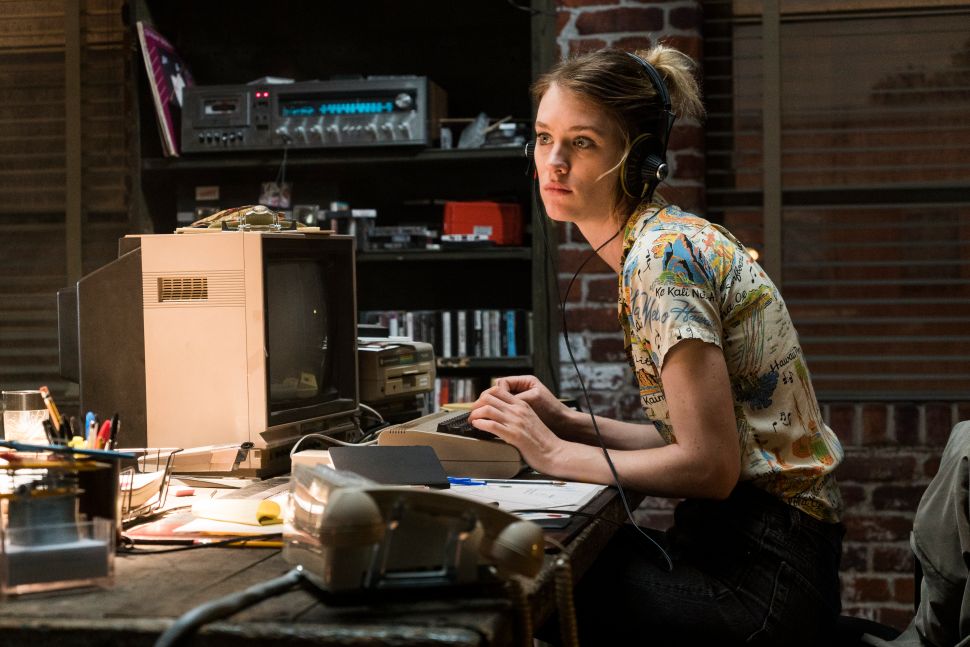