Last week in this space, we talked about the bad romance of John Bosworth and Diane Gould. Here was a potential pairing with the power to surprise, yet which made perfect emotional and intellectual sense the moment the seed was planted. Unfortunately, it never got the chance to bloom. Boz realized he was tired of being the life of every party. He ever so quietly blew up, and Diane, attracted to John by his charm, the very aspect of himself he’d grown most sick of, got caught in the blast radius. Halt and Catch Fire defied our expectations by signaling it was going to bring them together, then defied our expectations again by tearing them apart before they got the chance. Life, after all, rarely moves in neat arcs. It’s more often a whiplash-inducing zig-zag.

There’s a lot more of this kind of subtle and sophisticated and utterly mesmerizing character work in “Yerba Buena,” this week’s episode, and once again Boz is at the center of some of it. When Cameron gets the call from her stepfather that her estranged mother is dying and they’ll be selling many of the things she’d left at home — including her late father’s belongings — so that they can move out of the house, she and John decide to take a road trip back to their old Texas stomping grounds together. Why not, right? The two of them have gotten along better, consistently, than any other pairing on the show. John can see his son and meet his grandkid. Cameron could even take a swing at wooing her ex-boyfriend and fellow genius Tom back into the Mutiny fold, where his programming expertise is sorely needed. Maybe they’ll hit some bumps along the way, but a break in the routine — a way to shake up expectations — is exactly what they need, right?

Surprise: wrong. Despite an initial warm welcome, and their rapprochement last season, Boz winds up infuriating his son with his attempts to play the doting grandpa and supportive father-in-law to his kid’s baby and wife. Cameron, too, angrily rebuffs his attempts to play father figure, practically mocking him for ever imagining their relationship in that way, with the home of her own parents just a few yards away. The source of their conflict here is her refusal to get out of the car, walk the last hundred feet or so, and go pick up her stuff, including her father’s beloved motorcycle, from her stepdad’s garage sale. She winds up storming off in the opposite direction instead, wincing in spite of herself when she hears Boz’s car driving up but then sees him pass her by instead of stopping to try one more time to get her back in the passenger seat.

Gordon and Donna Clark experience a similar discrepancy of desire, where Gordon, like Boz, learns he never had the relationship he though he had at all. Giving up on an overly taxing camping trip, the Clarks opt for a staycation; with the kids out of the house, this mainly means the chance to stay in and fuck all day. (“We haven’t had sex twice in one day since the Ford administration!”) Their chemistry is warm and sweet and sexy and wholly convincing…until the camping trip comes up again as pillow talk. To his unvoiced but readily apparent horror, Gordon learns from a laughing Donna that she found their annual outdoor excursions tolerable at best, “insanity” at worst. When she wakes the next morning, Gordon’s passive-aggressively cleaning the mess they made in the kitchen and unilaterally canceling the plans they’d made to continue the romantic weekend by going out for breakfast together. “Everything alright?” Donna asks, sensing that the answer may well be no. “Yeah,” Gordon lies. “Everything’s fantastic.” Suddenly their relationship seems doomed in a way that not even Gordon’s affair and hidden illness, Donna’s secret pregnancy and abortion, or their countless workplace clashes made plain.

Of all the show’s main characters, it’s hardest to reverse expectations with Joe, since he has no baseline to expect things from. But that’s just from our perspective. Ryan Ray, by contrast, thinks he knows exactly who Joe is: the visionary who sees the future, and who’ll give the younger programmer his ticket to ride there. So how can Ryan possibly process the frustrating stop-and-start nature of his mentorship: Invited to work one-on-one with McMillan in his palatial apartment, he finds his work erased, his presence rejected, and his end goals out of reach more often than not. Ryan can’t square his image of Joe the Master of the Universe with the guy he finds sobbing one morning over his HIV-positive ex; he just sneaks out of the place. He can’t match the man he expected to show him what comes next with the guy who earnestly tells him “I’m not sure I’ve got another ‘next’ in me. You should know that.” As Ryan puts it in a fit of exasperation, “I try to decipher your sayings, but then your phone rings and you boot me to another zip code…I don’t even know if you like me!” When Joe finally comes up with What Comes Next, it’s an idea so far out he can only render it as weird geometric shape on the board — a glyph Ryan will have to take on faith that Joe has accurately deciphered, despite his faith having earned few dividends so far.

But this is not to say that the expectation game only produces losers (for the characters, anyway; for us it’s pretty awesome). When Cameron finally returns to the office after a week spent AWOL, she and Donna fight, but then patch things up when Cam comes clean about having spent the time with Tom. They iron out their differences over the company’s plans to facilitate not just bartering but actual financial transactions. Cam promises she has Donna’s back, and Donna says the same. But her open eyes during their subsequent hug communicate volumes: She knows she stabbed Cameron in the back by lying to her and saying Diane refused her request to fire the truculent SwapMeet bros. Sure enough — and how did Donna not see this coming? — a phone call to Diane accidentally reveals to Cam that no such refusal took place. Stunned, she runs into her room, turns off the light, and climbs into a bunk bed like a child…then produces the engagement ring Tom gave her off-camera, slips it onto her finger, and smiles in perfect happiness. It’s a lovely, lovely moment, hitting an emotional high it would have been impossible to reach without all the preceding ugliness. Sometimes it pays not to expect the unexpected. 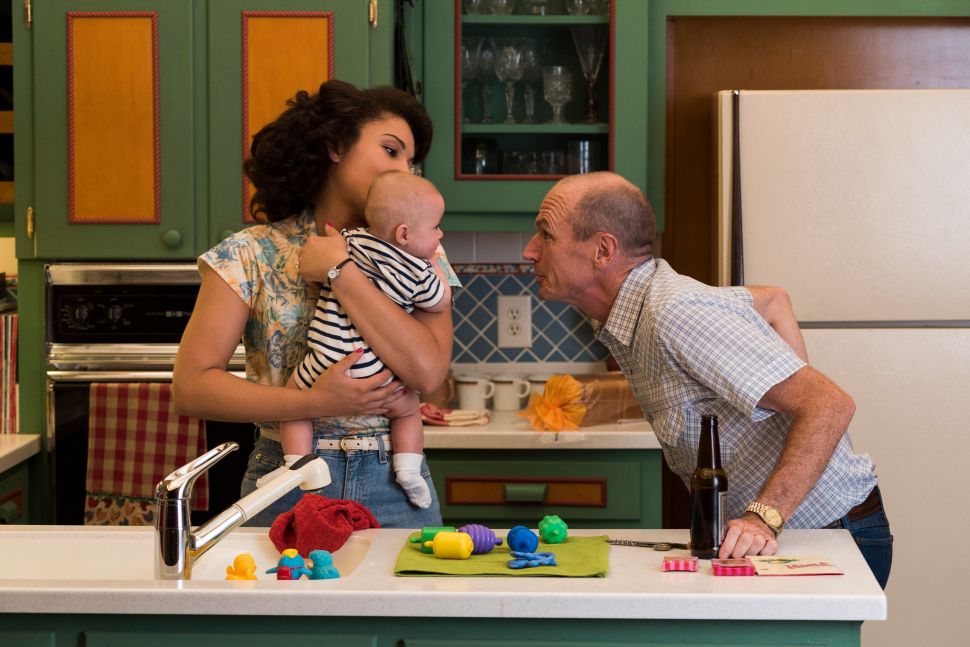