A confession: I use Halt and Catch Fire reviews as a chance to show off. Because I like the show so much, because I feel it excels at, basically, everything a drama can and should excel at — casting, acting, cinematography, set design, soundtrack, screenwriting, you name it — I kind of see it as a chance to stunt, you know what I mean? The episode sets an emotional tone, and I try to maintain that tone in my writing. The phrase I come back to is “wax rhapsodic.” Or as I put it to my therapist last week, “If the show sings, then goddammit, the review’s gotta sing too.”

Man, your guess is as good as mine.

All I can really do is report to you how I felt while I watched this thing. I felt breathless, like someone was socking me in the gut. I felt like I was watching one relationship I’d invested in after another topple and crumble, like a perverse game of interpersonal dominos.

It started early, with Cameron Howe and Tom Rendon reuniting, after several weeks spent married but separated. Actors Mackenzie Davis and Mark O’Brien have the best onscreen physical chemistry this side of Dominic West and Ruth Wilson on The Affair, have had it since last season, but their attempt to cross the titular threshold of their shared house is a comedy of brushed-off errors: Cam dismisses the whole ritual as sexist, Tom has to drop her when he strains a muscle in his ass, and even as they walk through the doorway they disagree about the nomenclature for their union.

It continues through Gordon’s receipt of Joe MacMillan’s confession of guilt regarding the former’s stolen antivirus software. Receiving the videotaped deposition in the mail from his lawyer like a bootleg movie, Gordon can hardly believe what he’s seeing. Yet he believes it enough to keep its existence a secret from his increasingly estranged wife Donna, switching it off in a big hurry when she returns home. That night, when they double-date with Tom and Cam in attempt to bridge the gap between the two main Mutiny honchos (the breach having earlier been established by a split-diopter shot that put Donna and Cameron in a single frame yet made them seem a world apart), Gordon’s main concern is getting as drunk as possible as quick as possible. He no more wants to share his good fortune with his wife as he wants to toast his counterparts’ decision not to mix their personal and professional relationships any longer. He’s seen what that does to a couple.

It carries through the life and loves of John Bosworth. His stop-and-start relationship with Mutiny investor Diane Gould (a subtle, superlative Annabeth Gish) has been one of the season’s highlights; the way he sort of sidles up to her forgiveness when he brings her flowers the night after he caddishly refused her invitation to come inside for a nightcap is a marvel to behold. Actor Toby Huss physically worms his way back into her good graces—when she responds to his confession that he’s done prison time with the fact that she obviously knew this about him long before she signed into mutiny, he seems to bodily wiggle into acceptance of her acceptance of his shortcomings.

His heart-to-heart with Cameron later in the episode, comparatively, is far more emotional than physical. After learning from a narc’ing Gordon that Donna is planning a coup in order to move the Mutiny IPO forward faster than Cameron’s comfortable with, Cam comes to Bosworth basically begging for support and advice. (The two of them haven’t talked since their ill-fated trip to Texas, apparently.) Quietly, Boz tells her that though he accepts her refusal to see him as a father, “It won’t stop me thinking of you as a daughter.” Cam seems caught as flat-footed as we are by this naked confession. After listening to his business advice, she then deadpans her delivery of news he already knows but had never been directly told: “Hey Boz. I got married.” “Congratulations,” he responds, swallowing his hurt feelings with a knowing smile.

When this gravitational nexus of interpersonal trust and perfidy finally reaches critical mass, in the middle of a party in honor of Tom and Cameron’s union, everything implodes. Cam’s initial attempt to make nice with Donna as the Mutiny chieftains vote whether to slow-roll the IPO in order to improve the company’s SwapMeet features (Cam’s choice) or capitalize on market interest right here and right now (Donna’s preference) blows up in minutes. Cameron dismisses Donna’s compliments as “handling.” Donna deflects accusations of impulsiveness regarding taking the company public with Cameron’s personal behavior — going off-grid for weeks at a time, getting married at the drop of a hat. Cam discloses Donna’s lies, supposedly forgiven and forgotten, to their investor Diane, then insults their marriage. “Why don’t we see if your marriage lasts a year before you start doling out relationship advice,” Donna spits. It’s getting heated. It’s getting ugly. Boz tries to break it up, only to have Cam literally slam the door shut on his attempt to stem the coming flood. She demands a vote on the company’s fate, saying she’ll quit if she lose. Donna, her neck and chest physically flush with red rage, says she’ll do the same if she loses. Ultimately she prevails, earning Diane and Boz’s vote as good business and Gordon’s vote as marital duty, though he clearly has lost much of the respect he once had for her in the process. Cameron doubles over, groaning out an “ohhhh” like she’s been punched in the solar plexus. The people she entrusted to help her build the future have stolen it from her with a show of hands. She staggers from the building, silent and teary-eyed, in the arms of the man with whom she can’t even agree on a shared surname.

And yet after all this is wrapped up, after Kerry Bishé’s clenched-jaw anger and Toby Huss’s furrow-browed sadness and Mackenzie Davis’s wide-eyed disbelief are squared away, there’s still more to reckon with. Last week, Joe MacMillan responded to a corporate coup by blowing up his own company, pleading guilty to stealing his trademark software from Gordon on camera. As his board, led by mustachioed remora Ken Diebold (Matthew Lillard in a role he appears to have spent a lifetime growing into), tries to figure out what the fuck happened, Joe tries to make peace with both his wronged ex-partner Gordon, who now controls the company Joe’s forsaken, and with Ryan Ray, the brilliant young tech wizard who’s been swept to the side by his machinations. It’s a testament to the show’s skill in hitting whatever emotional note it wants, whenever it wants, that barely two minutes pass between Cameron’s gut-churning ouster from her own company (marked by her groaning like she’d been punched in the chest) and Joe and Gordon’s crowd-pleasing rapprochement, with the former offering the latter a silent partnership in the company with a smile so joyous it made me audibly cheer. That this came just a few scenes after Gordon visited Joe simply to gloat over his long-awaited victory, in a laugh-out-loud funny exchange that gets my vote for lines of the year — Joe: “I never figured you for a sore winner.” Gordon: “Me neither. It’s nice to know that we can still surprise ourselves.” — makes it all the sweeter.

But it’s all complicated by Ryan leaking MacMillan Utility’s antivirus software, not to mention details of the board’s skullduggery, on spec. High on the fumes of the Joe MacMillan legend — the myth of the visionary who torched IBM, Cardiff, Westgroup, and finally his own company rather than see his enemies win — the impressionable programmer burns his ex-company to the ground, thinking it’ll be just what his mentor would have done. Little does he know of Joe’s complex ties to Gordon, or of the pact they’ve worked out — one that depends on Joe’s future moves flying under the radar. Without realizing, Ryan’s placed a giant tracking device on the whole enterprise.

What will happen to Joe and Gordon’s new alliance? I’ve got no fucking clue, any more than I know what will happen to Cameron and Donna’s now-official falling-out. All I know is that a show that’s taken me this far with characters I once dismissed as warmed-over knockoffs of better people from better shows has earned my long-haul loyalty. I’ll follow Halt wherever and whenever it goes. 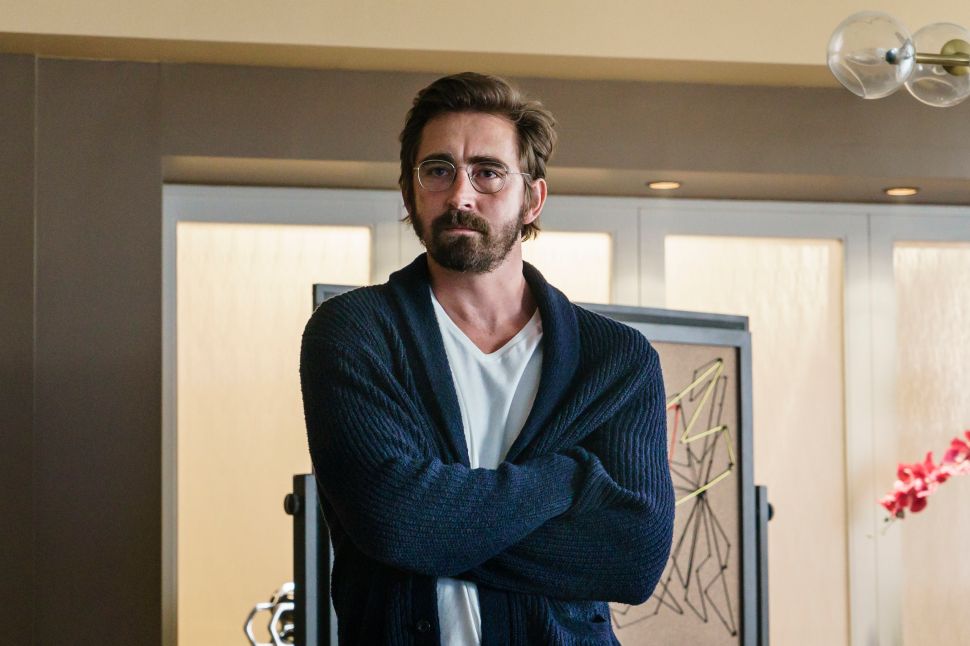