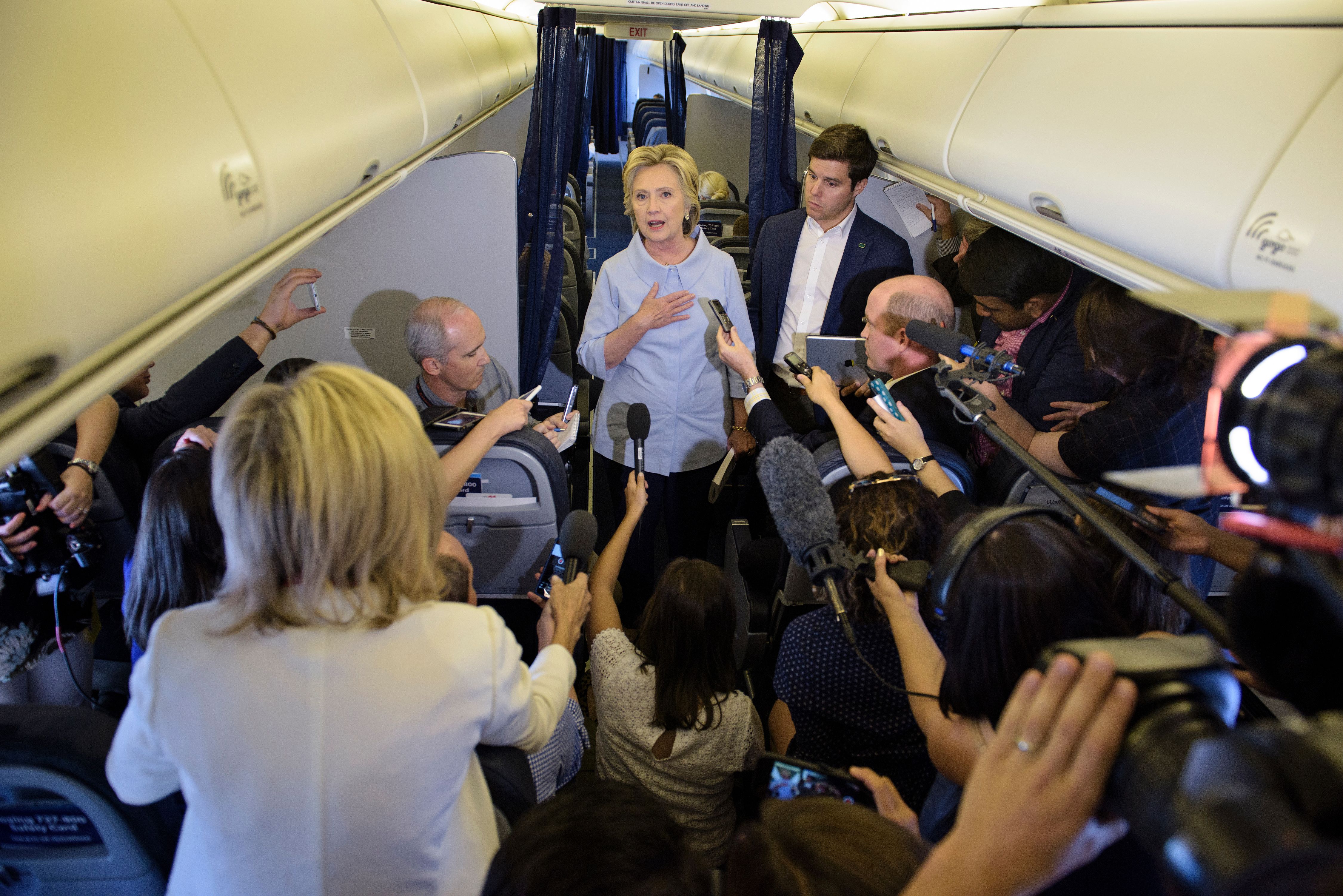 Years ago, when I first started teaching and was at Syracuse University, one of my students ran for student body president on the tongue-in-cheek platform “Issues are Tissues, without a T.”

He was dismissing out of hand anything that he, or his opponents, might propose to do in office, noting that student body presidents have so little power as to make their platforms disposable.

Sadly, the news media appears to have taken a similar outlook in their coverage of the 2016 presidential campaign. The stakes in the election are high. Key decisions on foreign and domestic policy will be affected by the election’s outcome, as will a host of other issues, including the appointment of the newest Supreme Court justice. Yet, journalists have paid scant attention to the candidates’ platforms.

That conclusion is based on three reports on the news media’s coverage of the 2016 campaign that I have written for the Shorenstein Center on Media, Politics and Public Policy at Harvard’s Kennedy School of Government, where I hold a faculty position.

The first report analyzed coverage during the whole of the year 2015 – the so-called invisible primary period that precedes the first actual contests in Iowa and New Hampshire.

The second report spanned the period of the primaries and caucuses.

Each report was based on a detailed content analysis of the presidential election coverage on five television networks (ABC, CBS, CNN, Fox and NBC) and in five leading newspapers (Los Angeles Times, The New York Times, The Wall Street Journal, The Washington Post and USA Today).

The analysis indicates that substantive policy issues have received only a small amount of attention so far in the 2016 election coverage. To be sure, “the wall” has been in and out of the news since Donald Trump vowed to build it. Other issues like ISIS and free trade have popped up here or there as well. But in the overall context of election coverage, issues have played second fiddle. They were at the forefront in the halls of the national conventions but not in the forefront of convention-period news coverage. Not a single policy proposal accounted for even 1 percent of Hillary Clinton’s convention-period coverage and, collectively, her policy stands accounted for a mere 4 percent of it.

Trump’s policies got more attention, but not until after the Democratic convention, when he made headlines several days running for his testy exchange with the parents of a slain Muslim U.S. soldier.

That exchange sparked a “controversy,” which is sure to catch reporters’ attention. We’ve seen that time and again this election year. Past elections were not much different, featuring everything from Jimmy Carter’s “lust in my heart” Playboy interview in 1976 to Mitt Romney’s “47 percent” statement in 2012. None of these controversies was predictive of anything that happened in the presidency during the subsequent four years, but their coverage during the campaign overshadowed nearly every policy proposal put forth by the candidates.

“Medialities” is the label political scientist Michael Robinson has given to such controversies. Journalists find them irresistible, as political scientist W. Lance Bennett noted when looking at Trump’s birther claims. When Trump in 2011 questioned whether President Obama was a native-born American, his statement was seized upon by cable outlets and stayed in the headlines and on newscasts for days.

“There comes a point where you can’t ignore something, not because it’s entertaining.… The question was, ‘Is he driving the conversation?’ And he was.”

In truth, the media were driving the conversation.

The leading “mediality” of the 2016 campaign has been Clinton’s emails. That and other news references to Clinton-related “scandals” accounted for 11 percent of her convention-period coverage, following the pattern of earlier stages of the campaign. What Clinton might do in the Middle East or with trade or with the challenge of income equality could reasonably be anyone’s guess, given how little attention her policy statements have received in the news.

At that, controversies rank second to the horse race as a staple of journalists’ diet. No aspect of the campaign meets journalists’ need for novelty more predictably than does the horse race. Each new poll or disruption gives journalists the opportunity to reassess the candidates’ tactics and positions in the race.

Policy issues, on the other hand, lack novelty. A new development may thrust a new issue into the campaign, but policy problems are typically longstanding. If they came and went overnight, they would not be problems. It is for this reason that when a candidate first announces a policy stand, it makes news. Later on, it normally doesn’t.

Granted, election news would be limp without attention to the horse race. The election’s bottom line – who will win in November? – is of undeniable interest. What’s open to debate is the relative importance of the horse race in the middle of the summer. During the convention period, even though questions of policy and leadership were on the agenda within the halls of the national conventions, they were not on journalists’ agenda. Polls, projections, strategy and the like constituted about a fifth of all coverage, whereas issues took up less than 1/12 and the candidates’ qualifications for the presidency accounted for less than 1/13.

As the campaign enters its final stage, one might hope that the press will provide America’s voters with information that can help them better understand the policy choices they face in November. No doubt, the presidential debates will help focus the public’s attention on the differences in the Trump and Clinton platforms. However, press coverage of past campaigns would suggest that news stories will take voters’ minds in a different direction. There’s a distinct possibility that voters will go to the polls in November with “the wall” and “emails” uppermost in their thoughts.

Thomas E. Patterson is the Bradlee Professor of Government and the Press at Harvard University. This article was originally published on The Conversation. Read the original article. 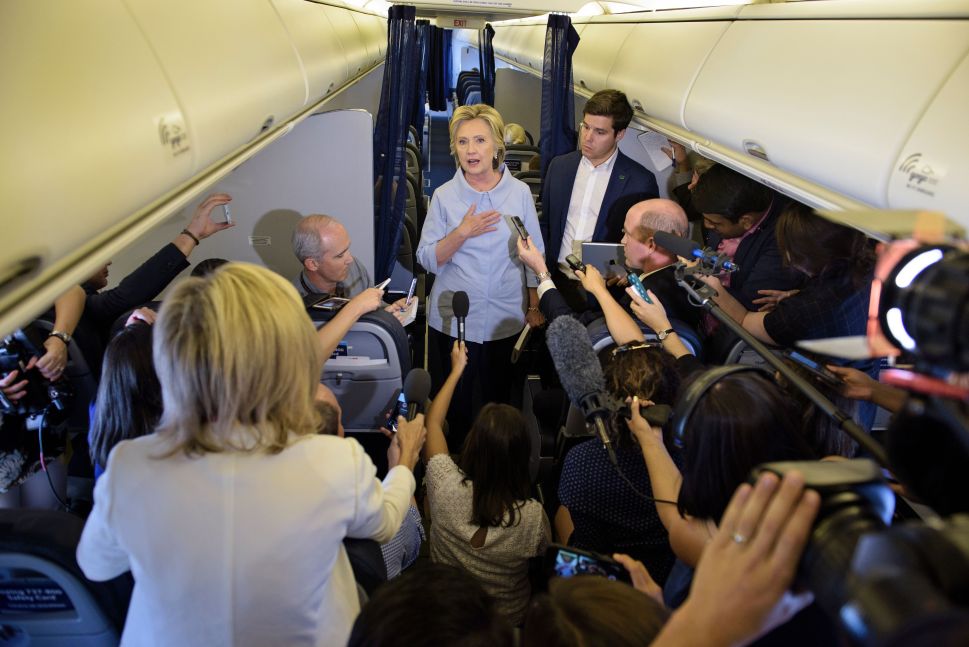