When in 2008 Hillary Clinton and Barack Obama were competing for the Democratic Party’s presidential nomination, historians likened the battle between them to the battle between Frederick Douglass and Elizabeth Cady Stanton that took place in post-Civil War America over the right to vote.

Nobody is making such analogies these days about Donald Trump’s and Hillary Clinton’s rivalry. Trump’s attacks on women—particularly his recent post-debate criticism of the weight gain of former Miss Universe, the Venezuelan-born Alicia Machado, whom he once described as Miss Piggy—have proven too crude for historical comparison as far as most serious critics are concerned.

But if we want to understand the urgency of Clinton’s campaign, it’s useful to revisit the Douglass-Stanton controversy. The split between Douglass and Stanton, who had both fought for the end of slavery, reached its peak in 1869 in their debate over the 15th Amendment to the Constitution, which ruled out race as a barrier to voting. Stanton thought women should have their equivalent of the 15th Amendment.

Their clash turned into a bitter battle of personalities on May 12, 1869, before a predominately women’s audience at a meeting sponsored by the American Equal Rights Association at Steinway Hall in New York City. There Douglass argued that, if anyone deserved priority in getting the vote, it should be “the negro.” His suffering, he argued, had been greater than that of women. “He had been torn from his home and hung by the lamp-post,” The New York Times reported Douglass saying.

Douglass favored women’s suffrage, but he believed that when injustices were being remedied, the most grievously injured party should have priority over the less injured. The problem was that after approving suffrage for men, Americans were not willing to take on women’s suffrage next. The country did not follow the 15th Amendment with a 16th Amendment granting women the right to vote.  Remarkably, 50 years passed between the ratification of the 15th Amendment in 1870 and the ratification in 1920 of the 19th Amendment, finally giving women the right to vote.

We cannot afford to wait another half century to have a woman president. The one presidential wife, Eleanor Roosevelt, who before Hillary Clinton would have been a logical candidate for president, never came close to securing the Democratic Party’s nomination after her husband’s death, and while these days the list of women who might run for president is long, we will never have a sharper contrast between male and female presidential candidates than we do now.

Hillary Clinton is, to be sure, a flawed presidential candidate. It’s easy to understand why, for the moment, so many millennials are lukewarm about her, giving her 31 percent of their vote while giving libertarian candidate Gary Johnson 29 percent.

But the difference between what a Donald Trump presidency would mean for women and what a Hillary Clinton presidency would mean for women is night and day. Trump’s contempt for women not only includes someone like Alicia Machado. It includes women in general, especially those of child-bearing age. Trump has turned into an ardent pro-life convert, making his opposition to abortion key his campaign and his list of potential Supreme Court justices. He mused that women who have an abortion deserve criminal punishment.

The good news is that these days Hillary Clinton has no greater champion than Barack Obama. She is not in the position Elizabeth Cady Stanton found herself. The man who in the Douglass-Stanton analogy is Frederick Douglass is on her side. “I am really into electing Hillary Clinton,” the president has declared. 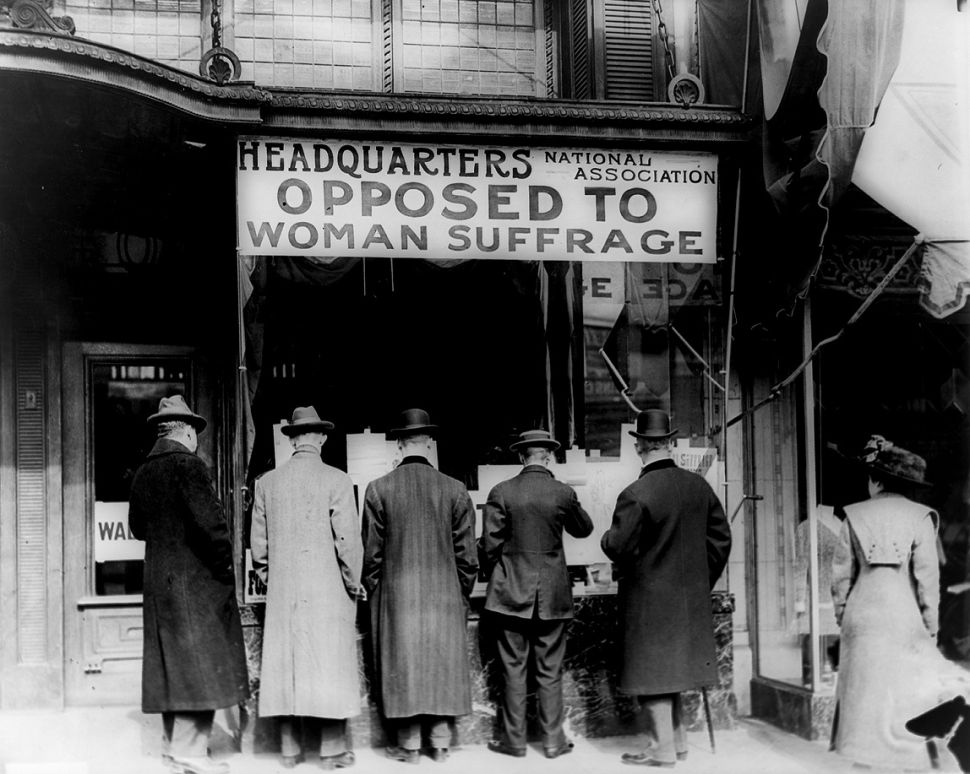