Reddit users recently uncovered a two-year-old post allegedly written by Paul Combetta, an engineer with the Platte River networks based in Denver, Colo., which hosted Hillary Clinton’s private email server during her service as secretary of state.

“I may be facing a very interesting situation where I need to strip out a VIP’s (VERY VIP) email address from a bunch of archived email…Basically, they don’t want the VIP’s email address exposed to anyone, and want to be able to either strip out or replace the email address in the to/from fields in all of the emails we want to send out,” wrote Reddit user “stonetear” in the post. “Does anyone have experience with something like this, and/or suggestions on how this might be accomplished?”

According to The Hill, Reddit users traced the post to Combetta due to an account on the online marketplace Etsy registered by Paul Combetta that also has the username stonetear. The inactive website “combetta.com” is also registered under the email address stonetear@gmail.com.

Combetta is part of a broader investigation into whether Clinton ordered emails to be destroyed after a subpoena was issued to preserve the emails related to Benghazi on the server. Last week he appeared under a subpoena before the House Oversight Committee, but he and his colleague Bill Thornton opted not to testify under the Fifth Amendment.

“Three weeks later, the story goes, the engineer responsible for deleting Clinton’s archive suddenly remembered the failed duty, and acted on it by deleting the emails with a program (wonderfully named BleachBit) that apparently rendered most of them unreadable,” wrote the Denver Post editorial board in a scathing critique of the latest revelations about Clinton’s server and the apparent damage control she and her staff utilized to prevent certain emails from being exposed. “The fact of the new probe illustrates once again how the Clintons’ loose regard for following the rules—at the very least—creates troubling distraction where it shouldn’t exist.”

“The Reddit post issue and its connection to Paul Combetta is currently being reviewed by OGR staff and evaluations are being made as to the authenticity of the post,” Congressman Mark Meadows, the chairman of the Government Operations subcommittee, told The Hill in an interview.

The FBI report released on September 2 noted that an employee with Platte River networks deleted an archive of emails in March 2015, after a subpoena was issued. The New York Times reported that the unnamed employee in the FBI report was Paul Combetta.

This Reddit post allegedly made by Combetta provides further evidence for the claim that the firm helped Clinton cover up and delete information that would likely have been incriminating—or at the very least embarrassing if it were to be exposed.

The ongoing controversies surrounding Clinton’s private email server, and what information has been revealed regarding its use, demonstrates Clinton’s presidency will have negative implications for democracy and the American public. The evasion of transparency she has employed over the past few decades in her consolidation of political power in the Democratic Party and America’s wealthy elite will permeate throughout the federal government.

The embarrassing FBI reports provide further credence to suggestions that President Obama and Attorney General Loretta Lynch played some role in ensuring the FBI failed to recommend an indictment for Clinton, just as the mainstream media and the Democratic Party ensured her private email server fiasco played no role in the Democratic primaries. It is not merely a coincidence that Clinton’s emails were rarely mentioned in the media until after she secured the Democratic nomination. No other presidential candidate would be able to make an FBI investigation into their previous service as the country’s top diplomat a non-issue in their party’s primary. The evidence against Clinton suggests, at the very least, that she is not qualified to serve again in a high-ranking capacity as a public official—let alone as president. 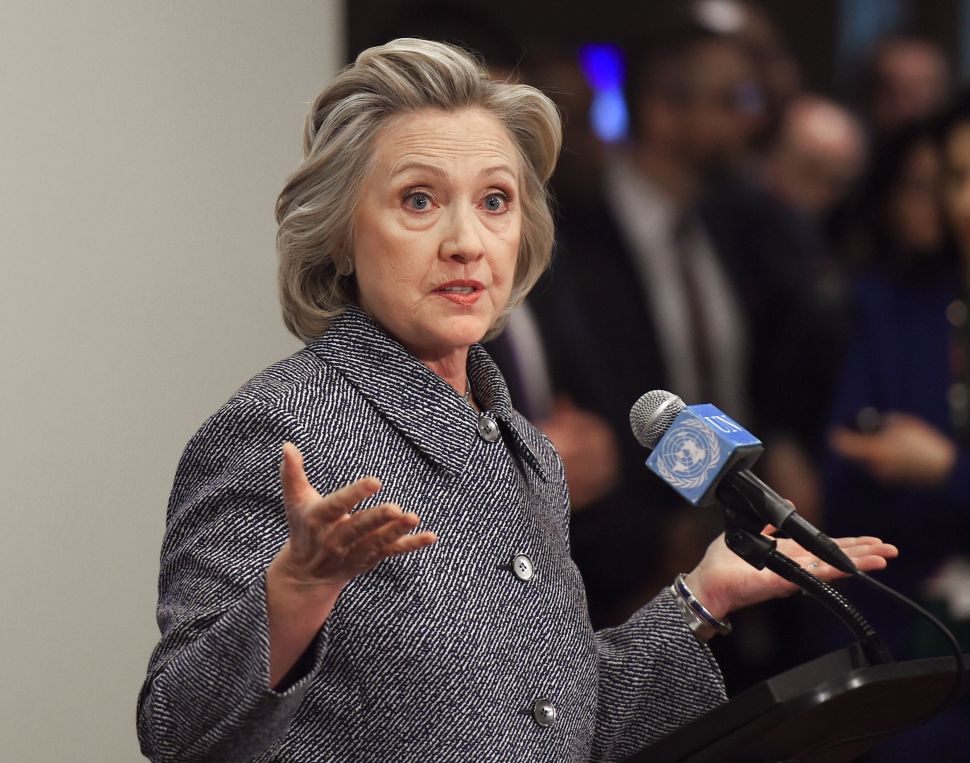