There’s no denying it: The fashion crowd loves a good cup of coffee. Or at least a well-appointed coffee shop with a cozy aesthetic. And no one knows that better than Claire Chan, the owner of the West Village caffeine destination, The Elk.

“We’re in such a crazy world, especially in New York, where it’s so fast paced. In fashion, everything is a huge deal, so everyone is stressed all the time and always pushing forward. With coffee, they get to enjoy something simple and enjoy that moment,” she explained.

Chan knows all about the frenzied, fast-pace of working in fashion all too well, as she left her position as a buyer at Bergdorf Goodman, to open The Elk. She originally moved to New York from Vancouver to attend Parsons and snagged an internship with the storied department store during her undergrad education. Bergdorfs offered her a job in the advanced designer section after she graduated and she jumped at the opportunity.

So why did she leave such a prestigious position? “After a few years of working there I saw where it was going and while I was still young enough to do something of my own, I wanted to pursue that,” Chan told Observer. Her brother and cousin were running a coffee shop in San Francisco at the time and their efforts further inspired her. Plus, she explained, they taught her a thing or two about hospitality.

The Elk pays homage to Chan’s hometown of Vancouver, with rustic wood counters and seating. She worked with design firm Ennis Mcintosh on the interior of the space (they’ve created spaces for Acne and Dimes, too), but Chan’s retail background played a vital part of the space, as well. “Awareness of aesthetic and the little details that make up the bigger picture has helped me in both industries,” she said.

Aside from offering some serious brew (they source coffee beans from local Brooklyn roasters, Parlor Coffee), they have a full menu of healthy, but tasty, bites. “I never intended to have a restaurant, but I wanted [the food] to be on par with the coffee I was serving,” Chan admitted, adding that I had to try the avocado toast. Focusing on easy, light, local fare, Chan hired Sam Talbot, the founding Executive Chef of The Surf Lodge, to develop a menu. He turned out to be was a good match for The Elk, as the diabetic chef is limited to eating only healthy fare. In addition to the requisite avo toast, the menu boasts a zucchini baked egg toast, a grapefruit brulée, plus oatmeal, granola and a yogurt bowl. Items including granola and jam are made in-house. For lunch, the offering includes a seasonal rice bowl, a ham and cheese tartine, a kale caesar and an avocado bahn mi. Seriously, if you thought about stopping here for just a cold brew, you might want to reconsider, or at least visit with an empty stomach.

If what you’re after is a celeb (or fashion celeb) sighting, you’re in luck;  Julianne Moore and Karlie Kloss have been spotted at The Elk. During Fashion Week, however, you’re bound to run into a few fashionable names, grabbing a latte between shows at the nearby Milk Studios or Industria Studios. 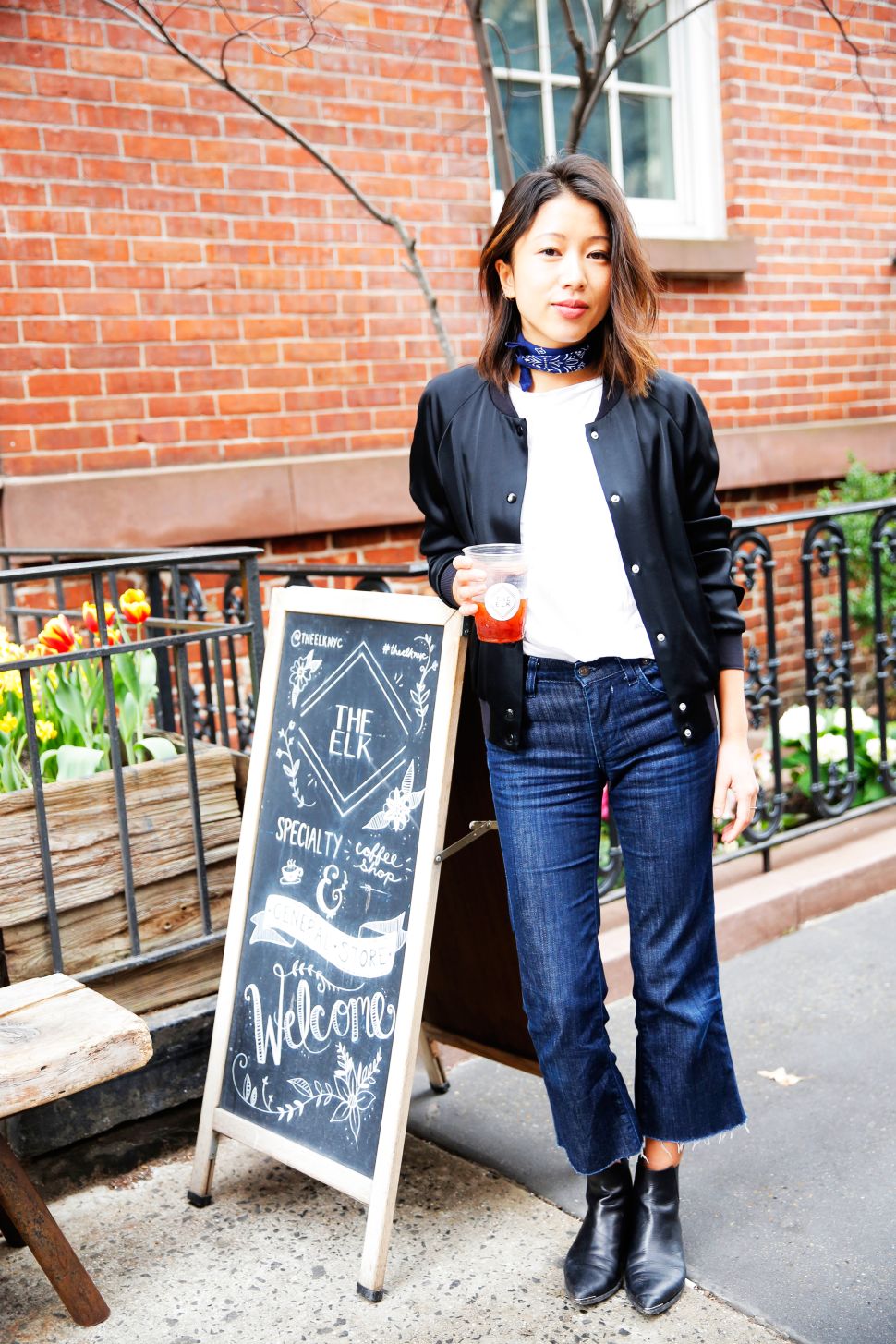