In Iran, the much-vaunted nuclear deal with the P5+1 nations (US, Russia, China, the United Kingdom, France plus Germany) has borne little fruit.

So much has changed since the signing of the nuclear deal and what once seemed like a major diplomatic victory is turning into a liability for the incumbent government in Tehran.

The nuclear deal was the result of intensive negotiations which commenced as soon as President Hassan Rouhani came to office in August 2013. But since the signing of the deal in 2015, the pace has slowed considerably.

President Rouhani’s electoral message had been simple and to the point: Iran needs moderation and prudence to come out of isolation and free the economy from the shackles of international sanctions.

His victory, which was endorsed by the Supreme Leader Ali Khamenei, was testimony to the urgency of the task.

The 2015 deal provided for the curtailing of Iran’s nuclear program and subjected its nuclear facilities to stringent inspections. This was a way to assuage the West by showing that Tehran it did not pursue a weaponization agenda in return for the lifting of sanctions that had crippled the national economy.

But the adoption of new sanctions on Iran by the US Congress over its ballistic tests, and remaining sanctions related to Iran’s sponsorship of terrorist organizations (Hizbullah and Hamas), have undermined the promises of the nuclear deal.

This does not bode well for Rouhani and his team.

While many Western and Asian trade delegations rushed to Iran in the wake of the agreement, progress has been excruciatingly slow as international financial institutions remain risk-averse in dealing with Iran.

As a result, the expected economic recovery after years of mismanagement under the former President Mahmoud Ahmadinejad continues to remain elusive.

Against this background, Rouhani’s critics have become bolder. A common criticism leveled at Rouhani’s team is that Iran gave up so much for so little in its nuclear negotiations.

The conservative faction, who calls themselves the Principlists, sees the nuclear deal as political capitulation, a betrayal of the principles of the 1979 Islamic revolution.

Even the Supreme Leader, who cautiously endorsed the deal has changed his tune and frequently refers to the United States as untrustworthy and deceitful. In a major speech to the military commanders of the Islamic Revolutionary Guards Corps in September 2016, he dismissed suggestions that Iran may pursue further negotiation with the United States. He was categorical in that position: “dialogue with the US is harmful and unhelpful”.

The conservative camp has taken heart from the absence of a major economic turn-around and attacks Rouhani’s team for being misguided.

At a recent Friday sermon, for example, the Tehran prayer leader argued that the economy would have been in much better shape if the “government had spent its energy on the resistance economy, rather than wasting efforts on the [nuclear] deal”. Resistance economy is code for a self-sufficient economy, glorifying Iran’s contracting economy under sanctions.

Rouhani’s critics also draw strength from the rapid rise of General Qasem Soleimani who led the Iranian military engagement in Iraq and Syria against the Islamic State.

Soleimani is celebrated as a war hero, a symbol of Iran’s military might and of what Iran could achieve by investing in its armed forces.

The Supreme Leader has openly backed this perspective and stated that Iran’s position in the region is best guaranteed by the strength of its security forces, not negotiations.

A feeling of betrayal

Faced with this rising tide of opposition, Rouhani has done his cause no favours by neglecting the core demands of his reformist followers. Key among them has been the release of two presidential contestants from house arrest.

Mehdi Karoubi and Mir-Hussein Mousavi challenged Presidential Ahmadinejad’s 2009 victory, rejecting the results as fraudulent and inspiring the Green Movement that was only suppressed with extreme use of force in the streets of Tehran and other major cities.

Their release has been a key demand for the reformist camp which lent its weight to Rouhani’s electoral campaign in 2015. This support was instrumental in his victory, but many prominent reformists feel betrayed as the president has deliberately avoided the issue.

Another disappointment is the contracting space for NGOs, as the judiciary has moved to curtail social activism. The arrest and harassment of activists, and prison sentences for dual-national Iranians, point to a deliberate agenda of undermining the reformist camp and linking them with an external conspiracy.

The Rouhani government has not protested this push by the conservatives who dominate the judiciary, citing the separation of powers. But this justification rings hollow in a system that is ultimately ruled by one man.

Rouhani is in the final year of his presidency with a mediocre record. Short of a major trade and economic boost to vindicate his policies it is hard to see how he might mount a credible campaign for re-election in 2017.

The irony is that his term has coincided with the presidency of Barack Obama in the US who distinguished himself as open to direct negotiations with Iran, still a taboo in many American circles. Yet, there have been no steps towards bilateral rapprochement.

History might judge Rouhani’s term as a tragic missed opportunity.

Shahram Akbarzadeh is a Professor of Middle East & Central Asian Politics and Deputy Director (International) of the Alfred Deakin Research Institute for Citizenship and Globalisation at Deakin University. This article was originally published on The Conversation. Read the original article. 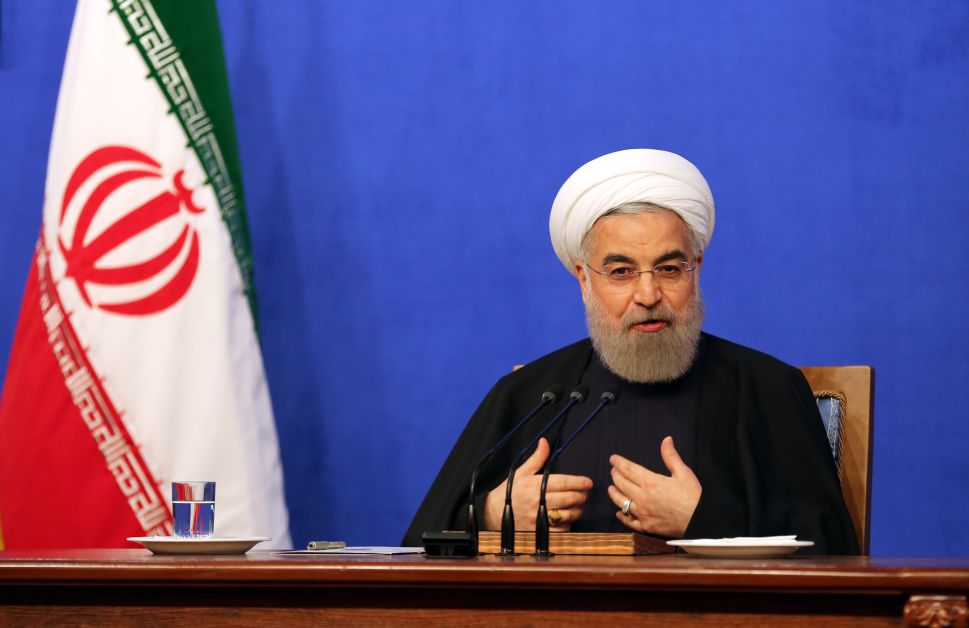