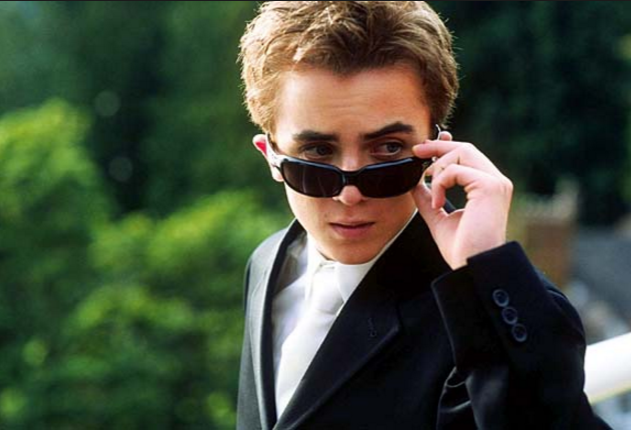 Spying isn’t all fun and games, no matter what Agent Cody Banks would have you believe. Screenshot: Google

Most adults know all about the CIA briefings given to presidential candidates, the NSA’s ongoing battle with Edward Snowden and the FBI investigation into Hillary Clinton’s emails.

But what about America’s youngest citizens, who are too busy learning their multiplication tables to brush up on the latest intel news?

Never fear—government intelligence agencies offer online “Kids’ Zones,” which give children insights into the inner workings of American intelligence. Most of these sites take a distinctly positive view of the agency’s work, which may help shield kids now but could lead to a rude awakening once they learn about practices like black sites and waterboarding later in life.

The Central Intelligence Agency offers one of the most detailed websites for children, split between different age groups. The K-5 section includes biographies of the dogs in the CIA K-9 Corps—each blurb is “written” by the dog in first person, which is cute but quickly becomes grating (sample line: “I always need my Redskins blanket near me, if it’s not hanging from my mouth”). The same is true of Aerial, the CIA “photography pigeon” who offers a bird’s eye view of the agency’s headquarters.

Strangely, however, the webpage for elementary schoolers includes links to adult-oriented reading material about the CIA’s history as a “first line of defense,” and its response to the 9/11 terrorist attacks.

The section for children in grades 6-12 includes some not-so-veiled attempts at recruitment—the homepage tells kids who found the site that “right away, we like your curiosity and your ability to find information.” It then goes into detail about the CIA’s work with “intelligence” (information) and the checks and balances involved with making decisions.

However, the boldfaced drafting truly begins once students reach the page about “getting a job at the CIA.” Besides reminding prospective applicants to “just say no” to drugs, it includes a link to the agency’s undergraduate internship applications—the CIA offers opportunities all year round in various facets of intelligence (though applications must be submitted a year in advance). All of the positions are located in Washington, D.C., and some offer a salary of $40,000-$50,000.

For any student who’s not ready to get into the field, the site also offers a variety of games featuring Ava Shoephone, a fictional junior officer. Some of the activities are pretty benign, including easy-to-crack puzzles, word searches, coloring books and concentration exercises.

Can you break the Enigma code? Screenshot: CIA

The page also, however, offers a window into the agency’s more clandestine operations. Amateur sleuths can break codes like Alan Turing’s Enigma, analyze surveillance photos (both aerial and on the ground) and explore the world on an interactive map.

While the National Security Agency’s children’s section is not as detailed as the CIA’s, it is more kid friendly in that it utilizes animated characters. The so-called “CryptoKids” include a pair of code breakers named Crypto Cat and Decipher Dog, Cy and Cyndi the CyberTwins, Joules the electrician and CSS Sam, a signal intelligence expert, among others.

The biographies for these characters are ridiculously involved: For example, Crypto Cat serves as a swim coach for children with special needs (which is extra impressive because cats really hate water) and CSS Sam’s first language is Spanish (never mind that he’s an eagle). 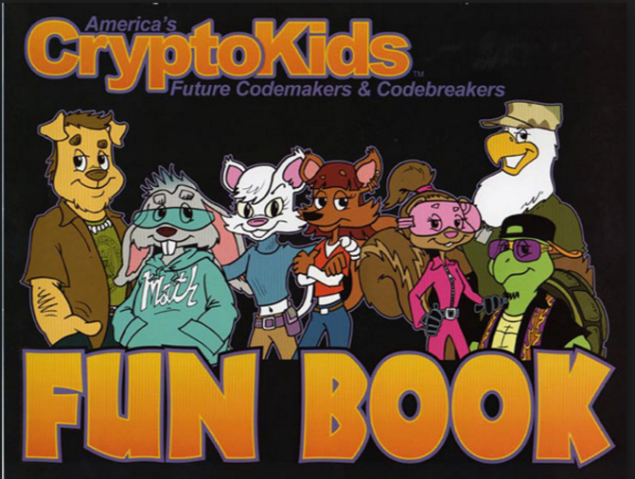 Does this say “NSA” to you? Screenshot: Google

But the NSA’s outreach to kids isn’t just virtual—last year the agency released a coloring book featuring the CryptoKids having “cryptologic fun” while building sandcastles and playing guitar.

While the CIA makes clear on its kids site that government agents do a lot of hard work, the NSA webpage barely acknowledges the serious side of the job. This is a risky approach, because it’s hard to reconcile multilingual eagles with mass wiretapping of American citizens.

The Federal Bureau of Investigation’s website currently offers only one activity for children, a game called SOS (Safe Online Surfing). Aimed at kids in grades 3-8, the site features lessons on everything from “netiquette” to sexting from characters like monkeys and robots—it’s actually an impressive educational tool with a modern design.

While the FBI used to have a whole website for kids, for unknown reasons it is no longer online. But after examining the archived pages from Google’s cache, it’s wise that the agency went back to the drawing board—while some of the features are cool, the layout is a throwback to the Windows 95 era.

The site featured articles and quizzes on FBI history (sample question: “When did the FBI move into the J. Edgar Hoover Building”) as well as pages about gun safety and the agency’s working dogs (this dog digest was thankfully written in the third person, unlike the CIA’s). More advanced “agents” could investigate embassy bombings and NASA scams. 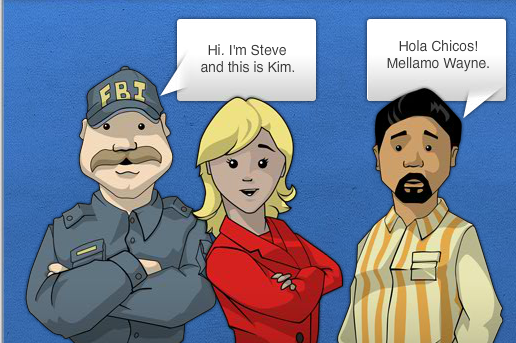 The FBI needs bilingual copy editors if it ever does more children’s outreach, however—one of the characters in the archived history is a language specialist named Wayne, whose credentials are questionable because he can’t write Spanish correctly. 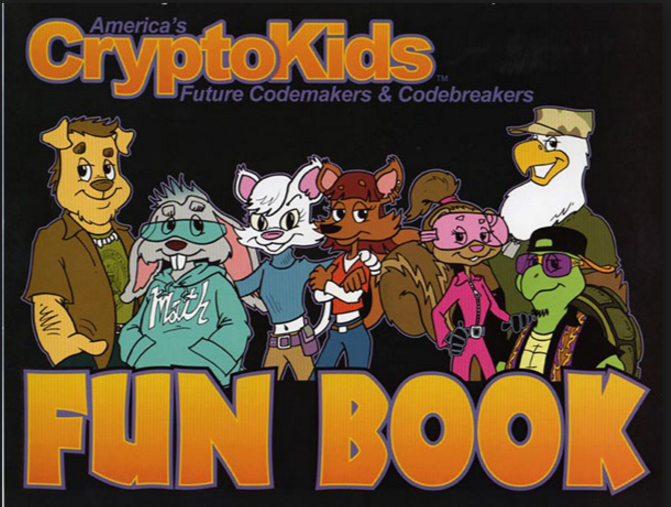