The General Assembly, the centerpiece of the money pit located on the East River in New York City, is responsible for some of the most reprehensible decisions ever made in the name of foreign affairs. In brief, the General Assembly of the United Nations is a place where every nation of the world has a voice. It is a democratic organization in which non-democrats outnumber and out voice lovers of freedom and equality. It is a forum in which the anti-democratic voices of the world beat up on those who cherish and respect freedom. The irony is sad.

For New Yorkers, the annual gathering of leaders from 193 nations that takes place over two weeks every September is a city-wide headache, rife with traffic jams clogged side streets blocked by limos.

The idea for a formally structured body of United Nations was probably, originally, conceived by Immanuel Kant in his revolutionary work Perpetual Peace published in Germany in 1795. Kant, believed that after the Napoleonic wars countries were destined to fight. To change that destiny, he proposed that countries organize into a forum to talk about issues and avoid war. Kant did not conceive of a single unifying government but rather, a place to avoid war and negotiate differences.

The League of Nations, the precursor to the UN, was created after World War I at the Paris Peace Conference in 1919, for that very purpose. It had, at the time to be significant support with 44 nations as signers.

The UN has now morphed into a platform for hate and a supporter of oppressive regimes.

In October of 1945, after World War II, the United Nations was established in place of the League of Nations. It was based, like its predecessors, on the principles of resolving conflict through diplomacy. It began with 50 nations and has, over the years, grown to the present 193 member nations.

But should there really be a platform for anti-democracy housed and celebrated in the United States of America? The UN now has morphed into a platform for hate and a supporter of oppressive regimes.  When all ideas are equal, regimes that embrace evil and oppression share the podium with those who fight for freedom and equality.

When Arafat came to the United Nations to address the GA in November of 1974, he wore his customary garb, a military uniform and a gun. UN protocol forced him to remove the weapon upon entering the chamber, but he kept his holster on and everyone thought he still had his weapon. The dramatic impression was intentional.

Vile former Iranian President Mahmoud Ahmadinejad, is a prime example of a leader who blatantly stands up and attacks the United States and Israel in his speeches at the GA.

In 2010, standing at the podium in front of all the members of the General Assembly, he blamed the United States for 9/11. In 2012 Ahmadinejad declared that Israel has no place in the Middle East.  His speeches, all of them, received applause from the many of the GA’s like-minded members.

But the UN routinely treats Israel as an adversary.

FUN Secretary General Kofi Anan, in 2006, at the 61st General Assembly meeting, said “On one side, supporters of Israel feel that it is harshly judged by standards that are not applied to its enemies.” He continued, “too often this is true, particularly in some UN bodies.”

Current Secretary General Ban Ki Moon acknowledged in August 2013 that “unfortunately Israel has suffered from bias and sometimes even discrimination at the United Nations.”

Thankfully though, the GA has no power. It is a big hall with acoustics that allow for shouts and screams to be heard by all—and then telecast to the world by the media. Power in the United Nations sits within the Security Council, which, true to the charter of the UN, is also set up in a very non-democratic fashion.

There is one positive that emerges from the GA, and that is the informal, unofficial, off-the-cuff meetings that take place in the halls, the dining rooms and the corners of the building. There are meetings between advisers and leaders from all over the world. These meetings, often unplanned and just as often made to seem unplanned and informal, are held far from the cameras and microphones. Often, they plant the seeds for the resolution of conflicts and hot button issues.

The question is, Do the rare instances in which dialogue translates into peaceful resolution outweigh the greater instances of anti-democratic speech and action? That’s debatable. 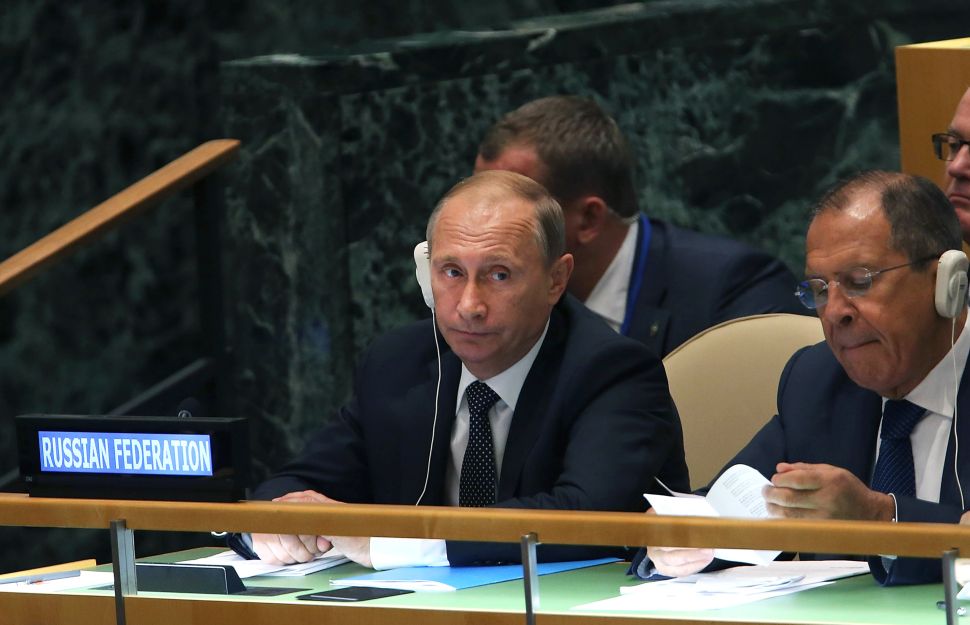