When I wrote my article on Monday about six Clinton Foundation scandals you should know about, I didn’t think it would become obsolete just a few days later.

Several more Clinton Foundation scandals were reported this past week—and not just from right-leaning or conspiracy websites. These were three separate articles from mainstream media outlets.

The first came from Politico’s Kenneth Vogel, who wrote about Bill Clinton aides using tax dollars to subsidize the foundation and the setting up of the private email server Hillary Clinton would eventually use to send classified emails. Vogel was careful to note that nothing Bill’s aides did was illegal, but this was just another sketchy deal from the Clinton’s that seems unseemly.

Next came The New York Times, with an article about a top aide for Hillary agreeing to try and obtain a diplomatic passport for one of Bill’s former advisers.

“The request by the adviser, Douglas J. Band, who started one arm of the Clintons’ charitable foundation, was unusual, and the State Department never issued the passport,” wrote Eric Lightblau. “Only department employees and others with diplomatic status are eligible for the special passports, which help envoys facilitate travel, officials said.”

Finally, there was an article from McClatchy about Clinton Foundation aides treating the State Department like just another foundation offshoot.

“An official at the Clinton Global Initiative sent top State Department aide Melanne Verveer a 63-page list of individuals, groups and companies that had pledged money to its programs,” wrote Anita Kumar. “An employee at another Clinton Foundation offshoot emailed Verveer looking for a job for a former colleague. Yet another asked whether Verveer could persuade Myanmar’s internationally acclaimed leader, Aung San Suu Kyi, to attend an event.”

Clinton-supporting websites jumped into overdrive to try and debunk these articles as nothing more than conspiracy theories, chalking them up to “Clinton rules”—a term coined by former Vox chief political correspondent Jonathan Allen to refer to perfectly legal things that, when done by the Clintons, seem to be a scandal.

As for the Politico article, Clinton’s supporters note, just as Vogel does, that nothing about the use of tax dollars was illegal. They also say other presidents have used such money. And for The Times article, Clinton supporters say it’s actually an article about how the foundation did not receive special access, because the passport was denied.

None of this changes the other Clinton scandals, though again, supporters have tried to downplay the Associated Press discovery that more than half of those who met with Clinton while she was secretary of state also donated to the foundation.

These three reports pale in comparison, however, to what we learned about Clinton herself on Friday. The FBI revealed information about their interview with Clinton over her private email server and the mishandling of classified information, and now it’s clearer than ever that Clinton is incompetent.

This woman, touted by many in the media and by Democratic politicians like President Barack Obama as the “most qualified” person to ever run for president, thought the “(C)” on her emails—which denotes classified material—referred to… paragraphs marked in alphabetical order. Yes, this allegedly competent woman thought people put paragraphs in alphabetical order and that, for some reason, only the third—or “C”—paragraph needed to be marked.

Clinton also couldn’t give the FBI “an example of how classification of a document was determined,” according to FBI notes. She said she didn’t remember “receiving any emails she thought should not be on an unclassified system.” Oh, and she also could not recall receiving training on how to treat classified material.

Yes, let’s put her in charge of the country.

If you’d like some more laughs over Clinton’s incompetence, refresh your memory of her inability to work a fax machine or find a radio station. 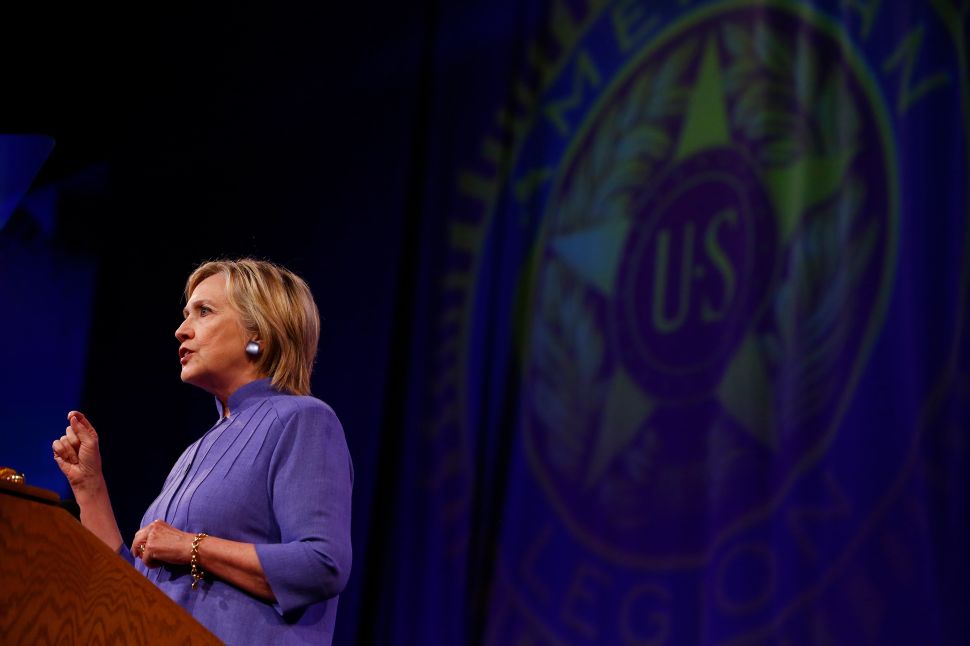